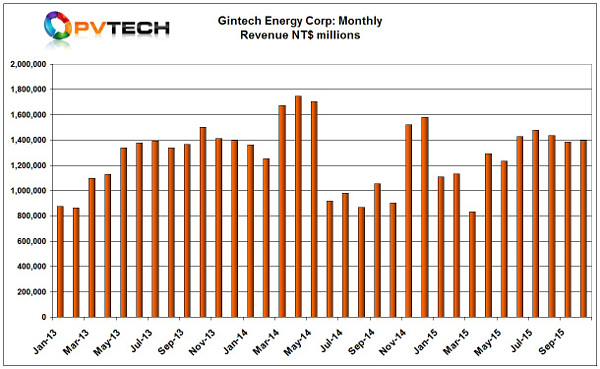 Monthly sales over the last few quarters are now trending in line with historical patterns in 2013.

However, Gintech should start shipping solar cells from its 350MW cell production plant in Thailand in the first quarter of 2016, easing capacity constraints.

The company expects the supply agreement will boost module sales in Germany, UK, France, Italy and Portugal in 2016 by around 200MW, up from around 100MW in Europe in 2015.