Himalayan solar to the plains of Punjab: Assessing 23GW in Ladakh 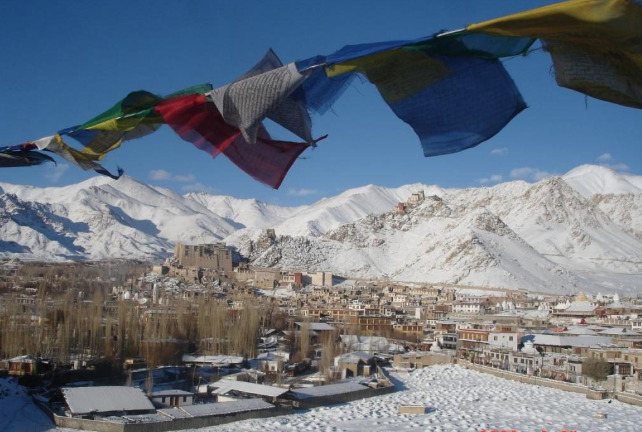 Ladakh is one of the most inaccessible places on earth. Cut off by snow for more than seven months of the year, deep into the Indian Himalayas and bordering both Pakistan and China, with its capital city Leh at 3,500 metres altitude, this corner of Jammu & Kashmir state makes any kind of large-scale infrastructure a daunting prospect. Just ask the Indian Border Roads Organisation what it is like to battle avalanches, glacier melts and mudslides across several of the highest motorable passes in the world. Making up for its access issues, however, Ladakh also has perhaps the best conditions for solar power in the whole of India; dry and cold with unblemished blue skies. With its recent 10GW of solar linked with PV manufacturing tender somewhat of a damp squib, India’s Ministry of New and Renewable Energy is under pressure to get the wheels moving again to meet the demands of a vast number of interested investors who piled into the solar space in the last three years and come closer to the 100GW by 2022 target. Although major Ladakh PV plans have been touted in the past, MNRE has now said it wants to bring out a 7.5GW tender by 15 December on the march to an overall 23GW target in the region.

The plans are still tentative with both the locations of the first 5GW and 2.5GW solar zones as well as the substations still under discussion by Solar Energy Corporation of India (SECI), MNRE and Indian PV players. Last week, a spokesperson for SECI told PV Tech that it envisions project developers entering into joint ventures with transmission line developers to evacuate the power into more power hungry regions in Kashmir and North India, but he stressed that tender documents have not been finalised. If the government stays true to SECI’s original announcement then we should have the final tender issued this week.

As it stands, Phase-I would include 2.5GW of solar in Zangla region of Kargil with a transmission line to be built all the way to New Wanpoh in Kashmir, which is south of the capital Srinagar. The remaining 5GW of PV would be set up in the Pang region of Leh district with the transmission line to be built across a colossal distance to Hisar in Haryana to the northwest of New Delhi.

Let’s start with the positives: the conditions of Ladakh are nigh on perfect for solar module performance, with clear blue skies throughout much of the year, with high altitude giving strong irradiation. The altitude also keeps temperatures cool and there’s little humidity even in mid-summer. However, the temperatures do drop to extreme and icy lows, making Ladakh worthy of its nickname ‘Little Tibet’. There also more unique issues highlighted in our ’Engineer’s view’ later in this article. 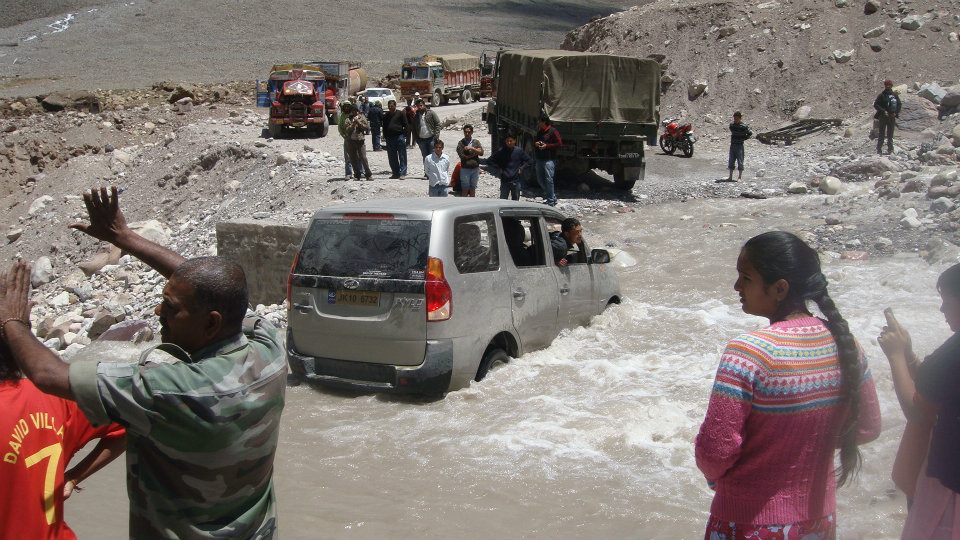 PV IndiaTech 2019 is the latest addition to PV Tech’s acclaimed series of bespoke, high-quality, global solar PV events. PV IndiaTech will bring together all the key domestic and overseas stakeholders, including government bodies, investors, and the leading companies today from manufacturing to O&M and asset management. To thrive globally as a major PV power beyond 2020, India has to succeed in unlocking its potential both to manufacture and to lay claim to quality utility-scale solar farms that are providing high returns on investment to site owners.

On the other hand, the Manali-Leh highway, connecting the Indian foothills in Himachal Pradesh to this extremely remote enclave of mountain desert, is one the few access points to Ladakh and one of the most dangerous roads on the planet with the Rotang pass particularly picking up an ominous reputation. However, this is not the only access route as Zoji-La also connects Ladakh to Kashmir. Every spring, traveller forums buzz with tip-offs about when the various passes will open and rumours spread about the earliest ever openings in recent years. What we can say at least is that access is unpredictable.

“It’s quite clear that MNRE is being forced to come out with new ideas to spur activity in the sector, given all the problems that we are facing on land acquisition, transmission connectivity, reducing the cost of power etc.,” says Vinay Rustagi, managing director of consultancy firm Bridge to India. “My first thought is it’s a pretty radical idea, but on paper, Ladakh is excellent for solar power, because it’s got excellent irradiation and low temperatures so in theory, it is the perfect place for setting up a solar power project. The added benefit is that it has got plenty of land; land availability is not a challenge in Ladakh.” 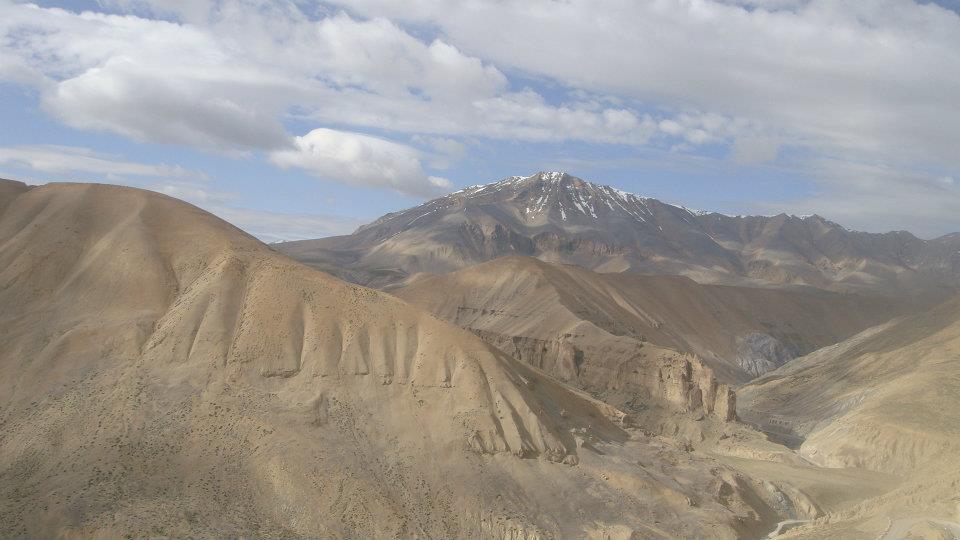 The projects would also be an opportunity to generate jobs in Leh and the Ladakh region, while also adding to development efforts in Jammu & Kashmir, which is a politically important region in India, adds Rustagi.

“So there are these multiple objectives that they are trying to combine and achieve by using the single task of developing projects over there.”

Nonetheless, there are still uncertainties around how many bidders can win the capacity and how transmission duties would be shared among multiple bidders.

Rustagi says it is likely that SECI wants the power transmitted to the substation in Haryana to be supplied to Delhi NCR whereby it could be bought and dispersed by distribution companies (Discoms) anywhere in North India across Haryana, Punjab, Delhi and so on.

The tender structure in terms of how the transmission is accommodated will be a challenge, adds Rustagi, again noting the extremely long distances and time that would be required to set up the necessary transmission links.

Advisory and engineering firm Gensol Group had already put together a feasibility analysis of setting up solar in the Ladakh. They found a capacity utilisation factor of 25.44% at a test site in Ladakh showed a “clear edge” of 1-2% in performance gain over and above other test sites in Neemuch in Madhya Pradesh and Rajasthan, which are both known to have some of the best irradiation in India. 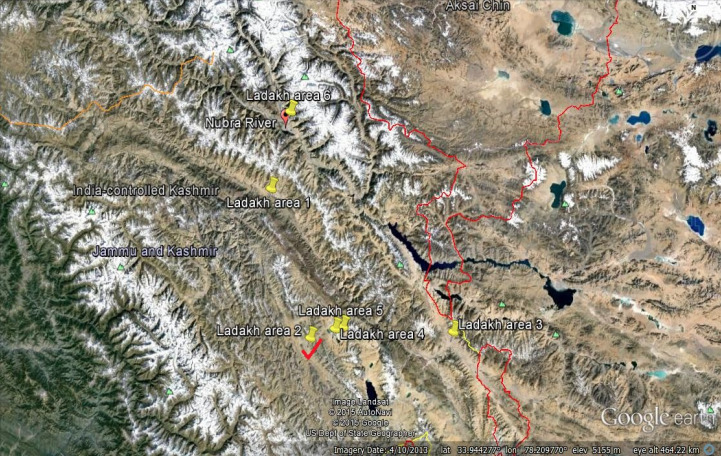 However, Gensol listed a range of problems to overcome, with not just practical project considerations but also safety very high on the agenda in such an extreme location:

In antithesis to the solar park idea, Gensol said that smaller portable solar installations combined with diesel would be preferred in this region. The population already relies heavily on diesel power. Gensol also said government support for ensuring safety would be imperative. Importantly, given MNRE’s idea to link transmission with solar development in the new plan, Gensol had also previously said that it would be important to treat transmission and distribution as an individual project as it would have its own set of challenges.

Using trackers was also recommended as it could increase yield by 4%.

It’s clear that SECI will have to come out with very attractive tender parameters that clear up some of these problems. It appears both a drastic but exciting proposition, that has a whole new set of complications compared to standard solar parks across India. If the projects go ahead, one can only hope that those working on the projects far up on high will maintain as much humour as the India Border Roads Organisation: 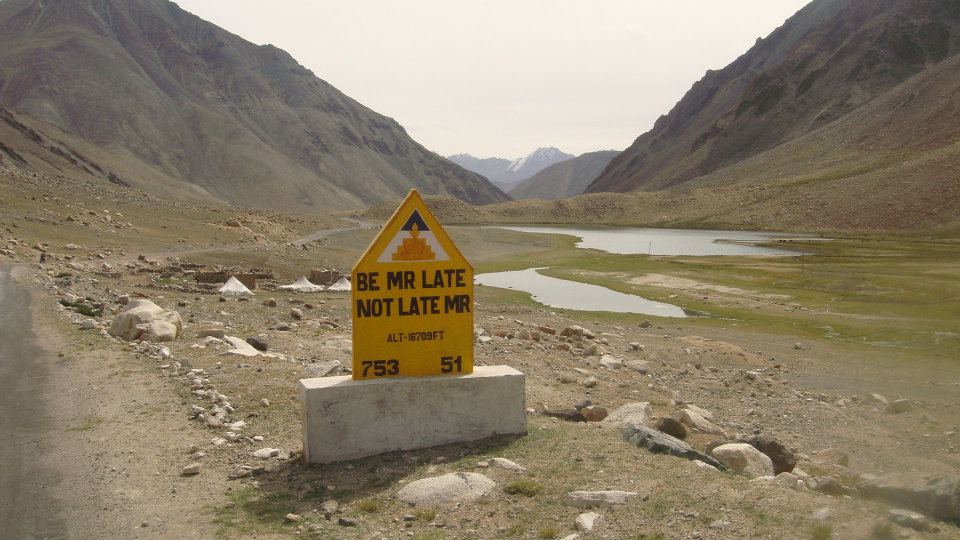 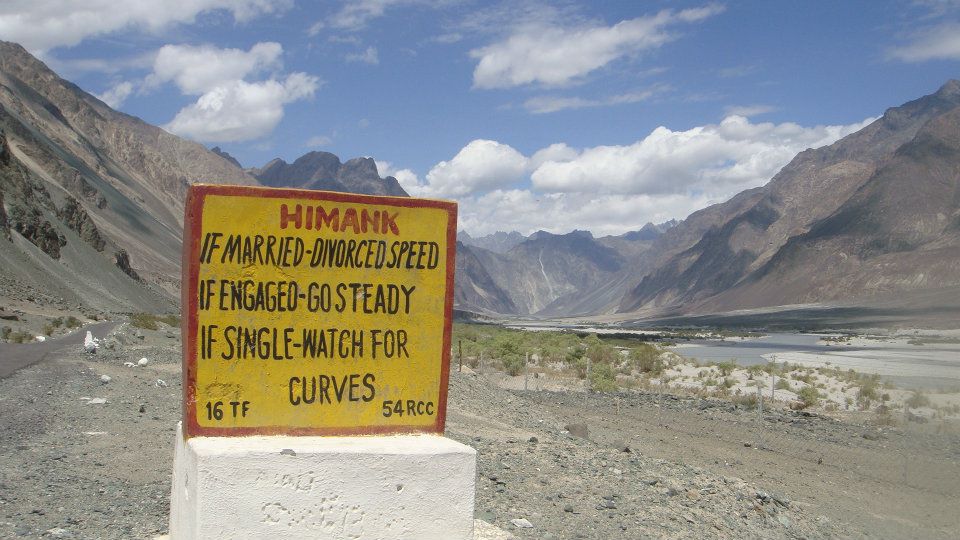 PV IndiaTech 2019 is the latest addition to PV Tech’s acclaimed series of bespoke, high-quality, global solar PV events. PV IndiaTech will bring together all the key domestic and overseas stakeholders, including government bodies, investors, and the leading companies today from manufacturing to O&M and asset management. To thrive globally as a major PV power beyond 2020, India has to succeed in unlocking its potential both to manufacture and to lay claim to quality utility-scale solar farms that are providing high returns on investment to site owners.