IEA: Solar the ‘new king’ of power, will break records for decades to come 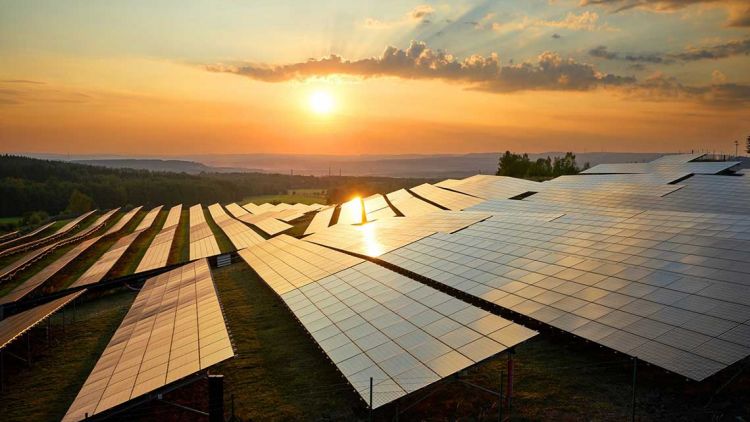 Solar is the “new king” of electricity, the International Energy Agency has said, with the asset class set to deploy more new capacity then any other technology each year for the coming decades.

In its flagship World Energy Outlook report, published today, the IEA reflects on COVID’s impact on the energy economy before glancing forward to forecast the sector’s health and shape out to 2040.

Having already teased that solar would become the pre-eminent source of power in Europe in years to come, today the IEA has said solar PV, driven by continued cost reductions, will become the main driver of renewables growth, setting new records for deployment in each year from 2022 until 2040.

While this growth is more prominent in the IEA’s two more ambitious deployment scenarios, the Sustainable Development Scenario (SDS) and Net Zero Emissions by 2050 case, it is also true in the agency’s Stated Energy Policies Scenario (STEPS), which only takes into account existing policy frameworks. 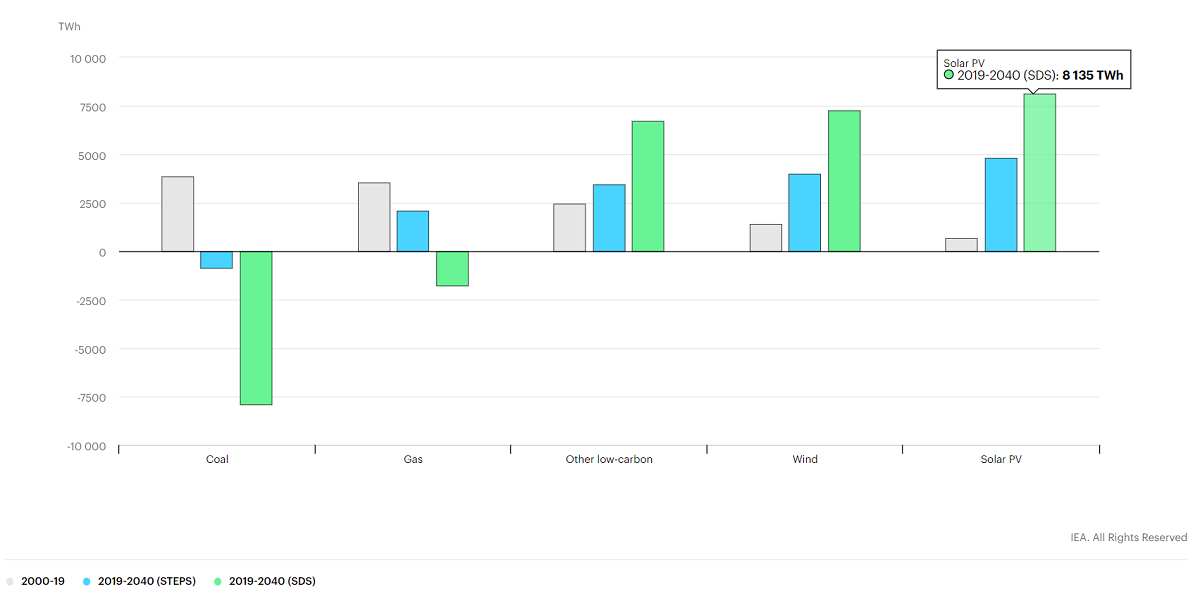 “I see solar becoming the new king of the world’s electricity markets,” Fatih Birol, executive director at the IEA, said.

“If governments and investors step up their clean energy efforts in line with our Sustainable Development Scenario, the growth of both solar and wind would be even more spectacular – and hugely encouraging for overcoming the world’s climate challenge.”

However renewables’ rise will not be without its challenges. The IEA has again warned that global electricity grids could be the “weak link” in the energy transition, forecasting that the next decade will be critical. The expected demand for new transmission and distribution lines over the next ten years is set to be 80% greater than the previous decade, requiring significant investment to improve reliability and security of supply.

This demand will come at a time when energy utilities worldwide, beset by collapsing energy demand caused by the pandemic, are struggling with worsened financial health, creating choke points and greater disparity between countries able to afford network upgrades.

The IEA forecasts that transmission system operator revenues in H1 2020 fell by 3%, 4% and 5% in the US, China and Germany respectively, compared to H1 2019.

The agency had previously warned of the pandemic’s potential to cause a fundamental shock to the energy economy, and now it can reflect that the event has caused more disruption to the sector “than any other event in recent history”. Global energy demand is set to fall by 5% this year, with energy investment tumbling by 18% as investors spooked by the crisis turn away.

Global electricity demand is set to fall by 2% this year, the IEA forecasts, with demand for all energy sources – other than renewables – falling. Coal will feel the brunt of this reduction in demand, witnessing a near-7% collapse this year, with COVID-19 having “catalysed a structural fall in global coal demand”, the IEA has said.

The report also argues that while renewables proliferation looks set to soar over the next 20 years, without a more decisive push for decarbonisation and a more ambitious policy framework, there will be no great reduction in global emissions.

“The world is still a long way from a sustainable recovery,” the report states, concluding that CO2 emissions edge above 2019 levels by 2030 within its STEPS scenario.

Stated plainly, avoiding new sources of emissions is not enough to limit global temperature increases to within the stated aims of the Paris Agreement, and existing infrastructure must be addressed in order to reduce emissions further, with any transformation extending far beyond the power sector.

“Only faster structural changes to the way we produce and consume energy can break the emissions trend for good. Governments have the capacity and the responsibility to take decisive actions to accelerate clean energy transitions and put the world on a path to reaching our climate goals, including net-zero emissions,” Birol added.