This marks the entry into the PV 3.0 era, which is based on solar modules with nominal power ratings above 300W that are becoming available in large quantities this year, as the pioneers in production of high efficiency, high quality solar cells, such as mono PERC, are reaching GW-size production levels.

“PV 3.0 means that we are entering a phase that enables solar investors to use high efficiency, high quality and high energy yield crystalline modules of over 300 W nominal power for their solar installations,” said Mr. Zhengguo Li, President and Founder of LONGi Group.

The nominal power rating has been the key differentiator of solar modules since their introduction in the 1950s – and that’s what module customers pay for. High efficiency, high quality and high energy yield solar modules with power ratings above 300W will enable sustainable solar system designs that provide competitive levelized cost of electricity (LCOE) generation. 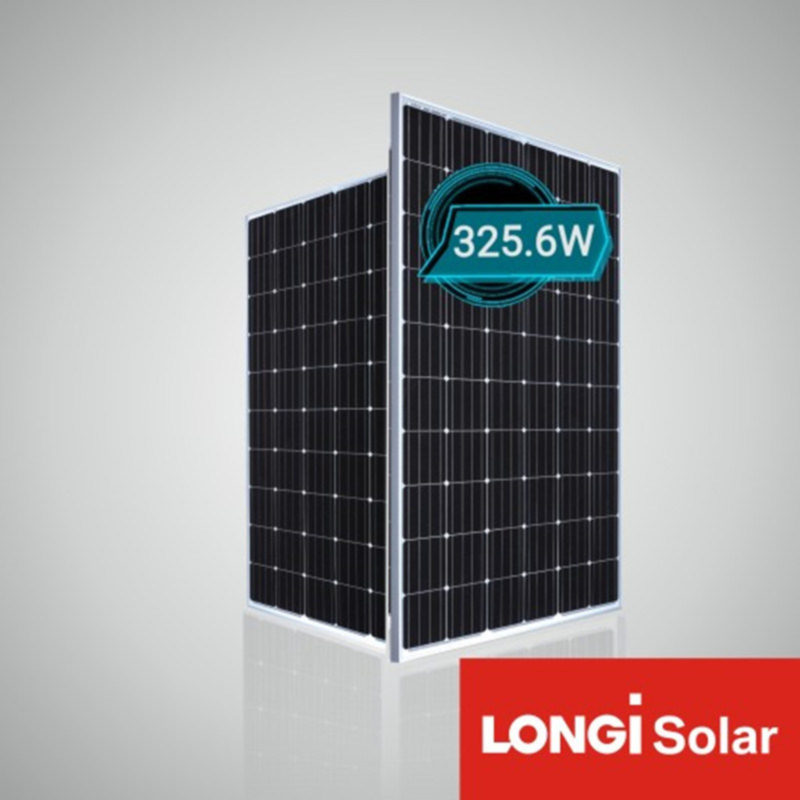 As a result, the monocrystalline modules reach efficiencies of close to 20% and power outputs of up to 330Wp from 120 half-cells and up to 395Wp from 144 half-cells.

“Hanwha Q CELLS will be setting another benchmark in terms of high-end performance and reliability of crystalline solar modules under real-life conditions”, said Seong Woo Nam, Chairman and CEO of Hanwha Q CELLS. “US customers and investors are looking for the highest possible yields and reliability from a bankable partner.”

“Lumeta Lynx offers the lowest installed cost and is more attractive than traditional rack-mounted solar modules,” said CEO and founder Timothy Davey. “Our product grew from customer demands for solar without roof penetrations, and has been redesigned to meet the needs of residential and commercial solar professionals.”

The Lumeta Lynx 60 is a high-peformance 300W 18.1% efficient module that is designed for both tile roofs, where it is installed using inserts that create a level surface, and composition shingle roofs.

The Lumeta Lynx 72 is a 360W 18.3% efficient module designed for installation on almost all commercial roof systems. Lumeta Lynx will begin shipping to select partners in Q4 2017 and be available throughout the United States in Q1 2018.

The Lumeta Lynx module series is said to weigh less than half of glass-fronted modules with racking, and their construction uses Dupont's ETFE (ethylene tetrafluoroethylene) that replaces the glass front sheet and enables heat dissipation and a FRP (fiber reinforced polymer) semi-rigid back sheet protects the cells. 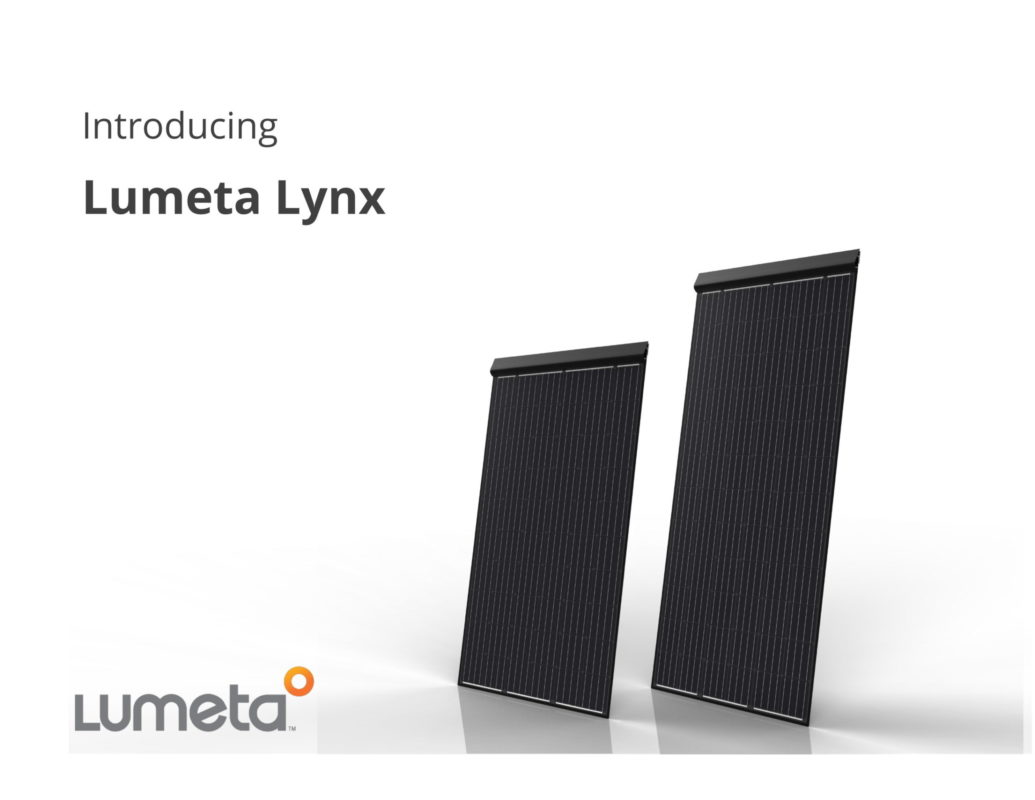 CertainTeed Solar has several upgraded products and an enhanced installer programs being showcased at SPI. The company is highlighting its US Series 60 and 72-cell solar modules, which have a maximum power output of 305W, while 72 cell modules reach up to 365W.

All US Series modules are American-made using domestic and foreign components, and rank among the most efficient solar modules manufactured in the United States. The modules are available individually or as part of CertainTeed's Solstice system, which includes the components necessary for rooftop installation. 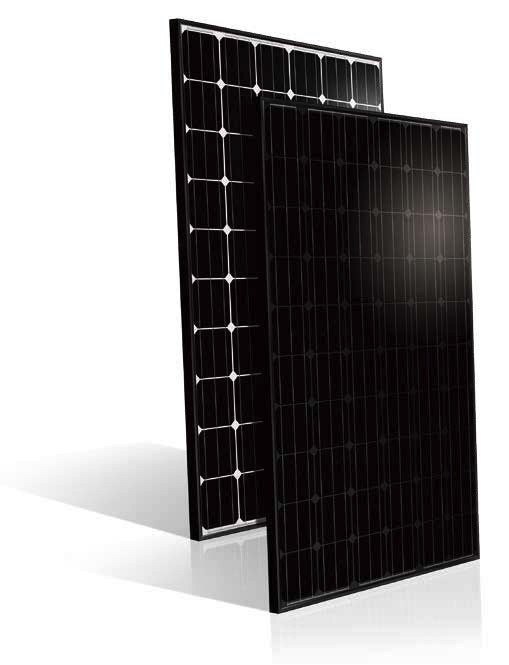 Mission Solar Energy has eyes on AC and heterojunction modules

“Our line of AC and heterojunction modules feature the very best of solar technology. We are gauging customer interest in these products, and based on market response, mass-production could begin as early as Q1 2018,” said Jae Yang, President of Mission Solar Energy.

In the 72-cell format, Mission Solar’s MSE HJT 72 Elite series module featuring Heterojunction technology produces 460W of power with a bifacial boost. The Elite consists of strong dual glass construction, not only durable but also aesthetically pleasing. This module has the ability to withstand high wind load, has a Class A fire rating, and a low thermal co-efficient.

The MSE PERC 60 AC module has an integrated micro inverter, which shortens installation time, simplifies inventory management, and maximizes system production in shady conditions.
Panel-level performance monitoring is another key advantage of the PERC AC. This module is tested and certified against a >210mph wind load, making it ideal for all locations. 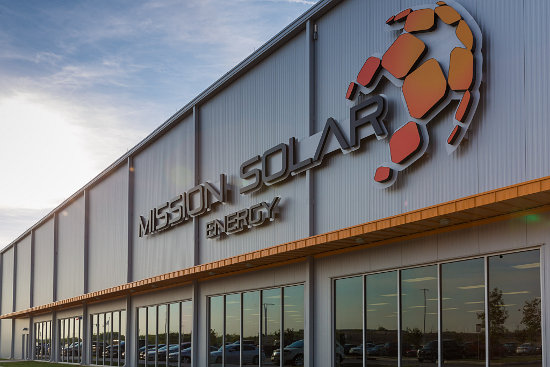 Solaria Corporation is introducing its ‘PowerVision’-150 product to the electrical and solar distributor markets, which is said to be endorsed by leading glass and fabrication companies including Pilkington, AGC, and Walters & Wolf.

“By reimagining commercial and residential building structures, Solaria has devised its PowerVision glass in inventive new ways so that nearly every aspect of a building envelope —beyond the rooftop—  can generate electricity,” said Nick Bagatelos, President of Bagatelos Architectural Glass Systems, Inc.  “PowerVision builds on the success of PowerXT to enable building owners and developers to turn skylights, windows and building facades into electricity-generating assets.”

Solaria’s unique solar cell process technology has allowed the company to develop vision glass that can be used in locations not typically associated with solar panels; these include skylights, patios, and window openings, providing a see-through surface that generates electricity. 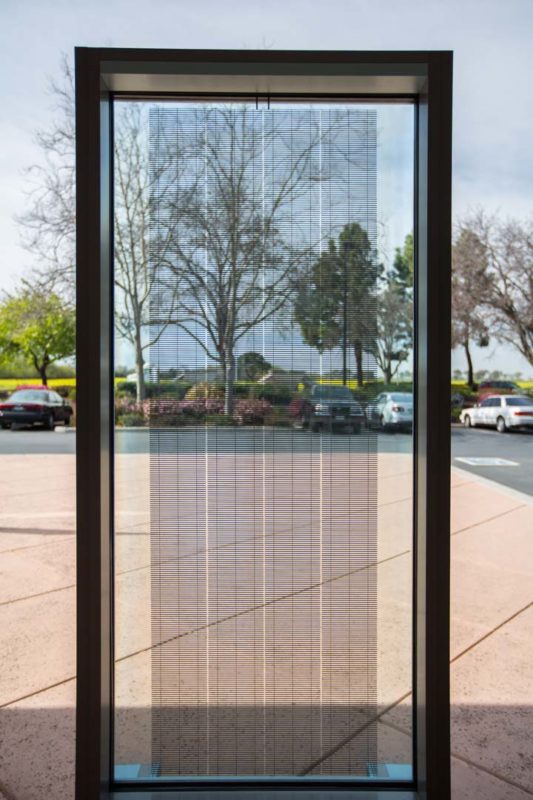 JinkoSolar brings half-cut cell and bifacial technology to US

Leading ‘Silicon Module Super League’ (SMSL) member JinkoSolar is showcasing its new ‘Eagle HC’ its half-cut solar cell module, which increases power output beyond 305W and 370W for both 60 and 72-cell formats.  Eagle BF is a bifacial module, which is under development and ready for deployment soon, according to the company.

JinkoSolar's all black mono PERC modules can also be found on Green Builder Media's Flex House at SPI, a small, flexible demonstration home that is completely connected, intelligent, resilient, and sustainable, including a fully integrated smart plus solar system.