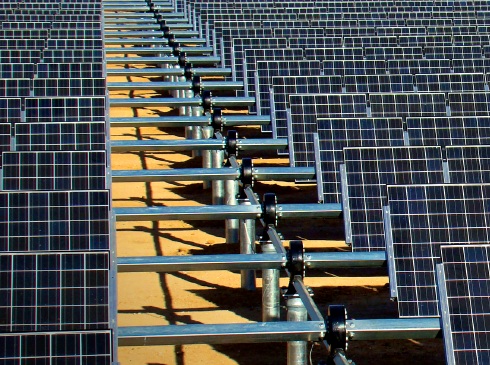 US-based solar tracker manufacturer Array Technologies is seeking to raise up to US$100 million through an initial public offering (IPO).

Documents filed with the US Securities Exchange Commission (SEC) yesterday (22 September 2020) reveal that the company intends to list on the Nasdaq exchange under the ticker ARRY, with the company’s parent ATI having turned to banking giants Goldman Sachs, J.P. Morgan, Morgan Stanley, Credit Suisse, Barclays and UBS Investment Bank to facilitate the raise.

Array Technologies is to seek investment from current shareholders through the offering, with net proceeds used to prepay some of the outstanding amount of the firm’s new first line term loan. Any remainder used for general corporate purposes, including to bolster working capital, operating expenses and any capital expenditure.

An investment prospectus highlights a number of the company’s DuraTrack system benefits, namely the requirement of fewer motors per megawatt installed than competing products, automatic stowing during high wind conditions and high product reliability through the use of fewer components.

The prospectus goes on to discuss the company’s strategy, stating that it will look to leverage its patented technology and global supply chain to grow into international markets. In 2019 around 87% of Array’s revenues came from its native US market, however it notes that – excluding China – the market for ground-mounted solar systems was four-times the size of the US market in 2019. The company now wants to lean on existing relationships with project developers and EPCs to grow its international focus.

It also intends to create new revenue streams to serve its installed bases, paying specific attention to additional products, software and services related to its tracker systems. Such a move would follow in the path of other companies such as Nextracker, which have launched additional services to sit alongside its hardware proposition.

Array has also suggested that it may look to launch products or enter markets that it doesn’t already cater for, such as foundations or other components used in balance of system, or other types of mounting and support for electrical infrastructure. These launches could be done either through the development of new products internally or through M&A activity, the company has said.

The prospectus also provides a snapshot of its performance to date, confirming that total revenue for 2019 stood at US$647 million. The company looks set for a significant rise this year, however, with revenue for the six months ended 30 June 2020 standing at US$552 million, more than double its revenue figure in H1 2019.