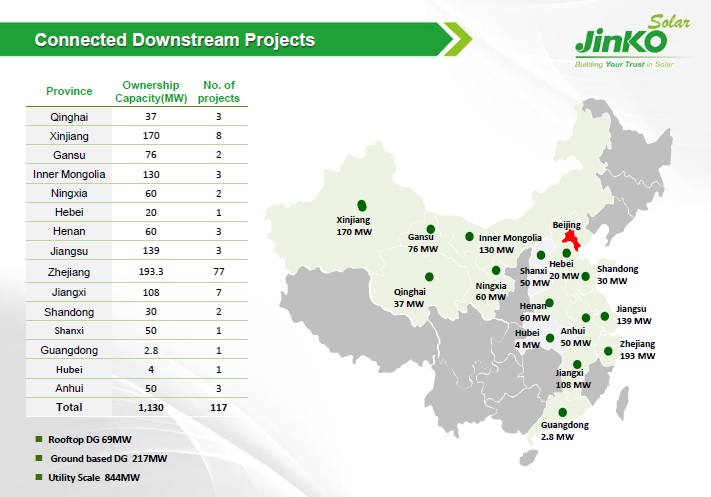 In a convoluted deal, JinkoSolar said that Wide Wealth Group Holding Limited, a 55%-owned indirect subsidiary of JinkoSolar had entered into a Share Purchase Agreement (SPA) with Shangrao Kangsheng Technology Co., Ltd, formed by a consortium led by chairman Li.

As the buyer, Li would acquire all of the 55% equity interest indirectly held by JinkoSolar in Jiangxi JinkoSolar Engineering Co., Ltd., the developer and operator arm of JinkoSolar’s power projects in China, for a total of US$250 million in cash.

The transaction was expected to close during the fourth quarter of 2016. JinkoSolar had 1.13GW of completed PV power plant projects at the end of the second quarter of 2016.

The company had previously highlighted intentions to spin off the downstream business to provide extra liquidity and deleverage its balance sheet, due to the asset-heavy aspect of PV power plants held on its balance sheet. The debt related to solar power projects was around US$1 billion at the end of the second quarter of 2016.