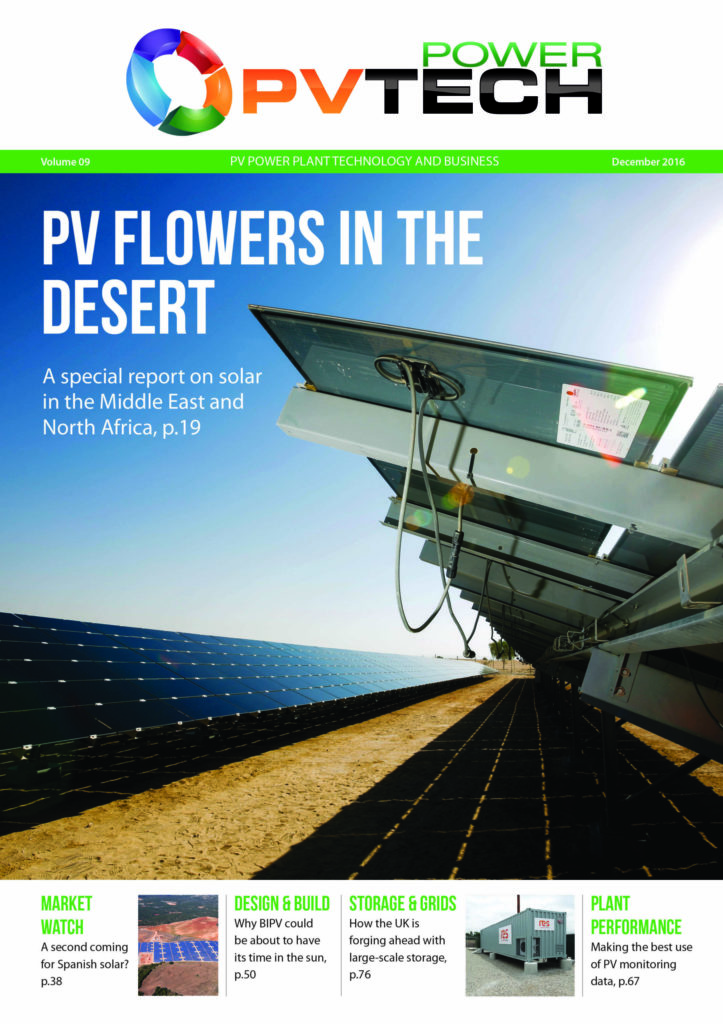 Middle East and North Africa special edition - The region has huge potential for both utility and rooftop solar. The gradual removal of fossil fuel subsidies for power generation, the falling cost of finance and, of course, improving project performance have tipped the balance of the economics for PV in the region.

Other highlights include recent market developments in Spain and Chile as well as the hottest emerging markets, increasing use of mobile PV testing facilities, analysis of whether BIPV was set for a rebirth, labour saving in O&M, tax equity funding in the US, microgrids, encapsulants and the 1500V revolution.

Due diligence for financing of PV assets

Financial, Legal, Professional, PV Tech Power Papers
Project finance - Minimising risk to lenders is vital in ensuring the solar industry continues to have access to adequate sources of finance. Simon Turner and Paola Piazzolla outline the key ingredients for the technical due diligence needed to give peace of mind to investors.
PV Tech Premium

Market Watch, PV Tech Power Papers
Market overview - A number of false dawns have so far prevented solar from living up to its full potential in the Middle East and North Africa. But as Danielle Ola reports, with all the right ingredients in place, and an increasingly competitive business environment, the prospects in the region look better than ever before.
PV Tech Premium

MENA: Widening the net - A shortage of roof space in urban parts of the Middle East is one impediment to the rollout of distributed PV

Market Watch, PV Tech Power Papers
The first substantial barriers to rooftop solar in the Middle East are being eroded but a host of other challenges remain. Many are familiar, some are unique to the region.
PV Tech Premium

PV Tech Power Papers, System Integration
Module defects: The properties of module encapsulant materials are coming under closer scrutiny as their role in a number of common field failures becomes better understood. Juliane Berghold and Tsuyoshi Shioda report on new testing methods being developed to analyse the composition of encapsulants and improve the quality control of this crucial material.
PV Tech Premium

Market Watch, PV Tech Power Papers
Keeping on top of the impacts of dust and sand on power output is crucial to making solar a viable option in desert regions such as the Middle East. A fierce debate is currently raging over which methods are the most effective. Ben Willis listens to some of the arguments.
PV Tech Premium

Market Watch, PV Tech Power Papers
Chile has long been a strong contender for PV deployment with a growing economy, great solar resources and plenty of land. But as Tom Kenning learns, the market has several challenges ahead on its path to two-cents solar.
PV Tech Premium

PV Tech Power Papers, System Integration
As the solar industry continues to squeeze out cost reductions, 1,500V architecture is tipped to make its mark in 2017. John Parnell looks at the potential pitfalls and likely winners as utility-scale plants dial up the voltage.
PV Tech Premium

Market Watch, PV Tech Power Papers
The Spanish photovoltaic market, once the darling of the global industry, has been ailing for almost a decade. But a new government finds itself with a mandate to build capacity, repeal taxes and redress the balance. James Blackman polls the market on its hopes for a new start.
PV Tech Premium

Plant Performance, PV Tech Power Papers
The timely and skilful interpretation of performance data from the monitoring of operational PV power plants is vital to improving the management and thus profitability of those plants over their lifetime. Achim Woyte shows how data mining and artificial intelligence can serve the management of solar assets.
PV Tech Premium

Everything that’s wrong with tax equity in the US

Financial, Legal, Professional, PV Tech Power Papers
The importance of the investment tax credit in stimulating solar development has become an article of faith in the US, and its extension at the end of 2015 was welcomed as a vital lifeline. But as Danielle Ola hears, complexity, tightening supply and inefficiencies mean tax equity has a growing number of critics.
PV Tech Premium

Surveying the scene: How a new robot is revolutionising site surveying

PV Tech Power Papers, Storage & Grids
The potential for storage to help stabilise the grid has finally been recognised in the UK, where battery projects took all of the 200MW on offer in a recent frequency response tender. David Pickup looks at the evolving role of storage in the future grid and how further policy support can help it flourish.
PV Tech Premium

Getting a Grip on Saharan Dust

Microgrids on the Cusp: The maturing market for remote microgrids

PV Tech Power Papers, Storage & Grids
The technology and financing of the remote microgrid market are maturing. Now improved sales and marketing methods are needed to commercialise the huge potential on offer in this burgeoning market segment.
PV Tech Premium

Plant Performance, PV Tech Power Papers
The past two years have seen a boom in the deployment of mobile PV testing laboratories. Sara ver Bruggen reports on how technological advances are helping investors and developers in new and emerging solar markets get the best from their assets. 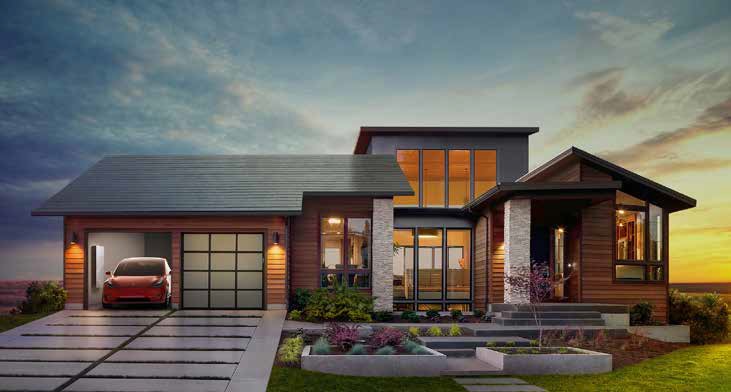 BIPV: Living up to expectations

Photovoltaics International Papers, Power Generation
Building integrated PV | Despite plenty of hype, BIPV has remained a niche segment in the solar business, held back by a combination of high costs and low efficiencies. But as Ben Willis hears, the high-profile entry of Tesla on to the BIPV scene could herald the start of a new era for the sector. In late October, with all the usual fanfare that accompanies an Elon Musk announcement, the CEO of EV and battery storage manufacturer, Tesla, took to the stage to lift the lid on a heavily trailed new product. Most of Musk’s recent utterances on energy have been about storage, particularly Tesla’s high-profile foray into the world of stationary storage through its Powerwall battery system. But this was something a bit different – a buildingintegrated PV (BIPV) product designed to emulate various kinds of roofing tile and eliminate the need for clunky conventional roof-mounted modules once and for all.