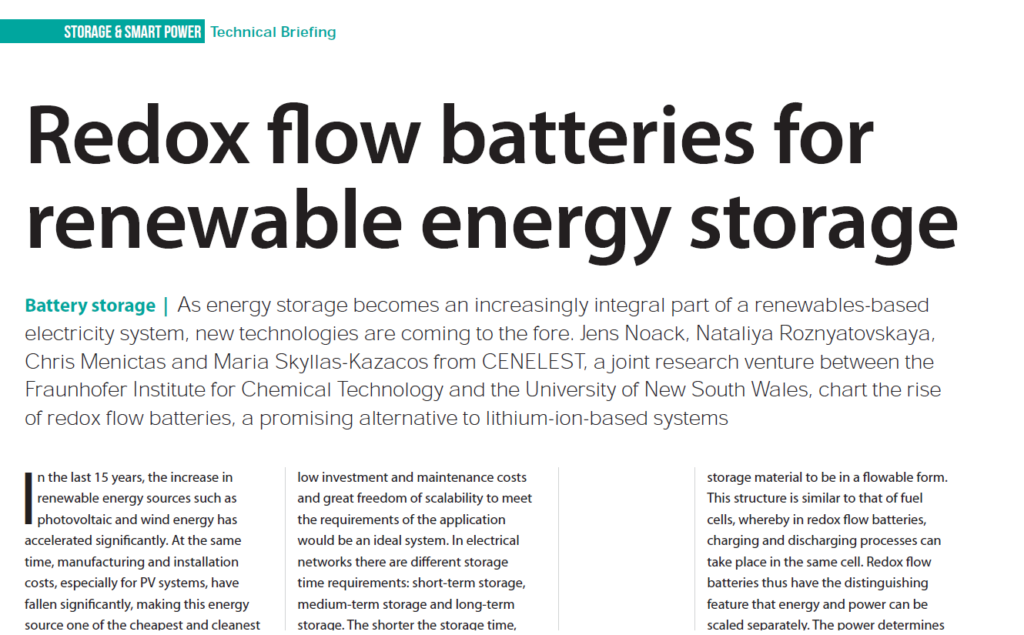 As energy storage becomes an increasingly integral part of a renewables-based electricity system, new technologies are coming to the fore. Jens Noack, Nataliya Roznyatovskaya, Chris Menictas and Maria Skyllas-Kazacos from CENELEST, a joint research venture between the Fraunhofer Institute for Chemical Technology and the University of New South Wales, chart the rise of redox flow batteries, a promising alternative to lithium-ion-based systems. 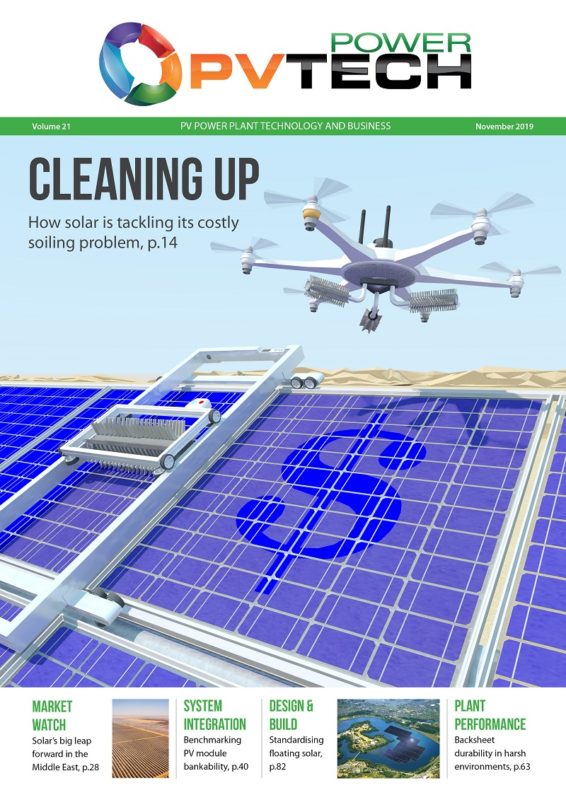 Welcome to the latest edition of PV Tech Power. As we head into a new decade, it would be easier to look back over the spectacular journey solar has walked throughout the 2010s. From nascent technology to a stalwart of power system the world over, the last 10 years will be remembered as the decade of solar’s maturation. But rather than reflect on the journey so far, this edition of the magazine continues to push the envelope and instead glances forward. Indeed, what immediately jumps out is the level of sophistication that can be identified as you flick through the pages of issue 21 of PV Tech Power. This edition’s cover story comes from the deserts of the Middle East, where researchers are getting to grips with the issue of soiling and what can be done to prevent it. And if it’s sophistication you’re seeking, look no further than the issue of bifaciality, which litters the pages of this volume of the magazine. Trade body SolarPower Europe offers a glimpse at how entire swathes of the solar ecosystem is going digital, taking in new developments such as AI and machine learning. Previous editions of this magazine have charted the rise and rise of floating solar, and this has prompted renewed calls for standardisation in the field, as Jose Rojo Martin learns. But this sophistication is not just seen in solar. While recent analysis has shown marked decreases in the price of lithium-ion batteries, longer-duration batteries continue to be of real interest, and our resident energy storage experts Andy Colthorpe and Alice Grundy provide a comprehensive review of new developments in this area. 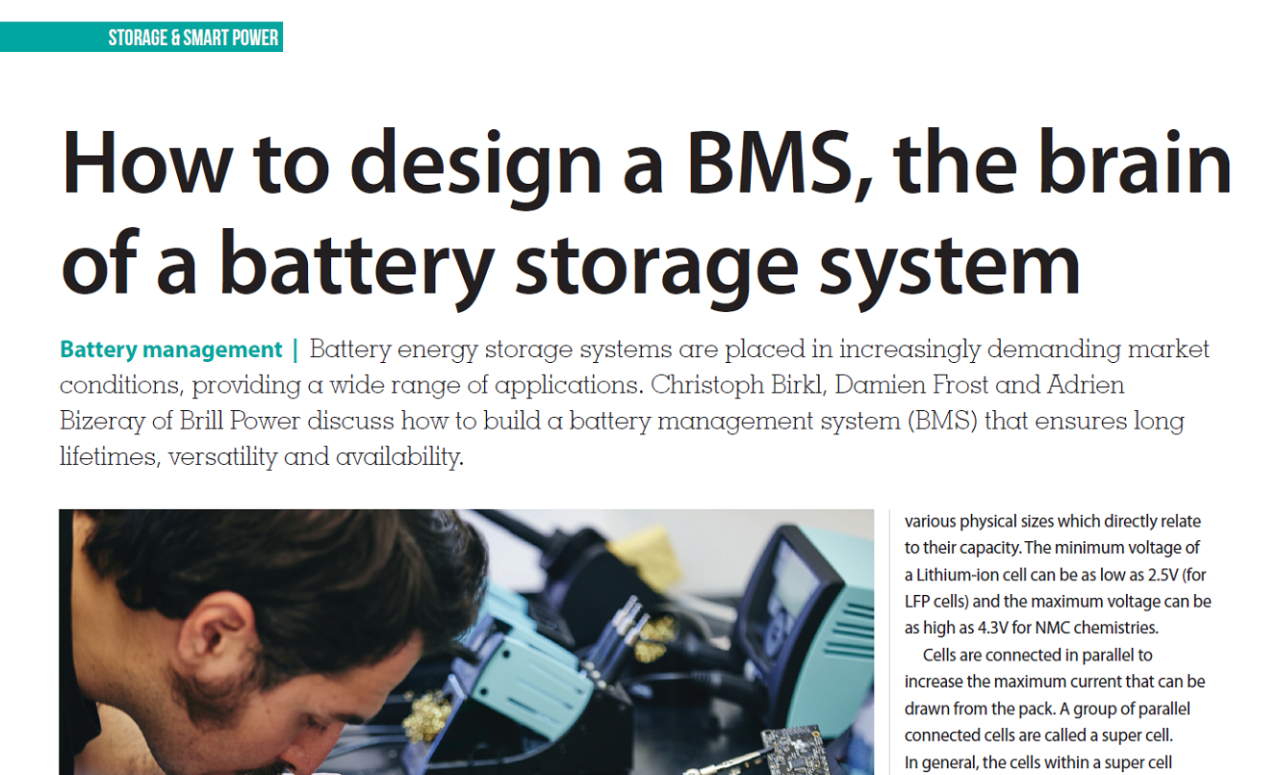 How to design a BMS, the brain of a battery storage system 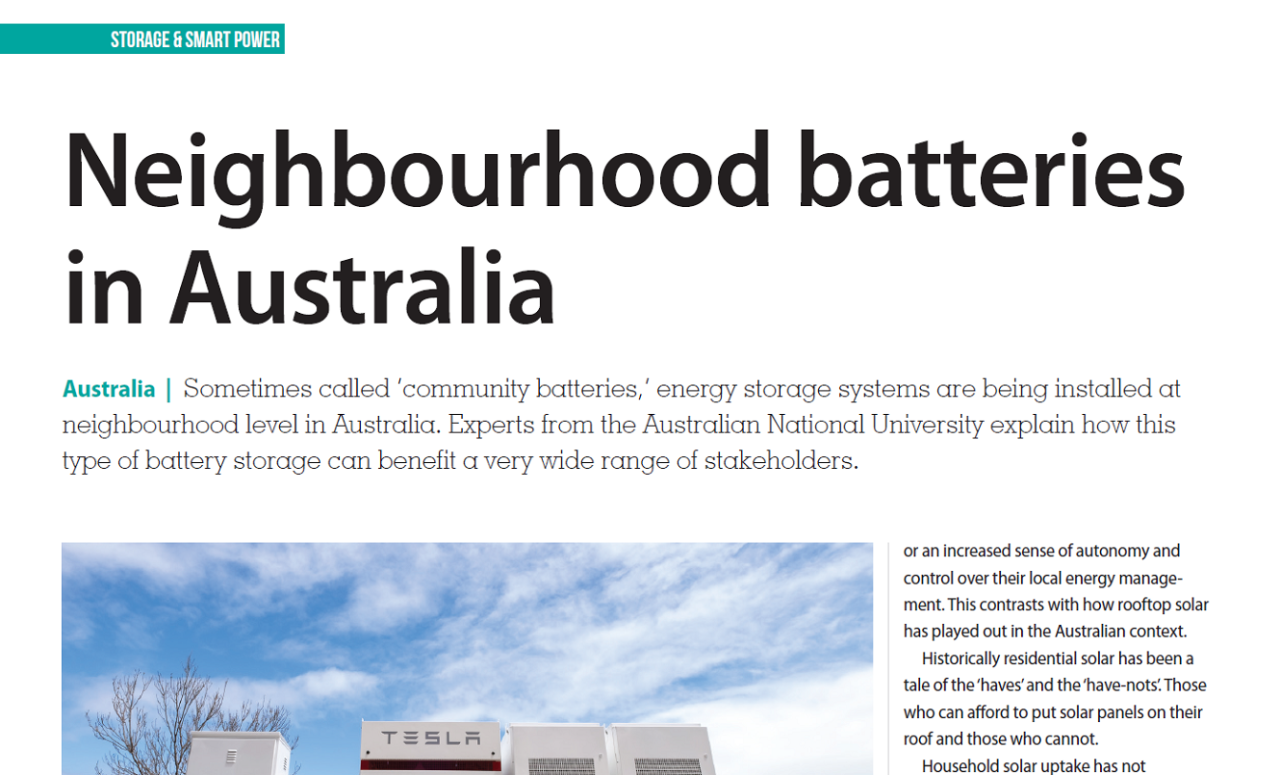 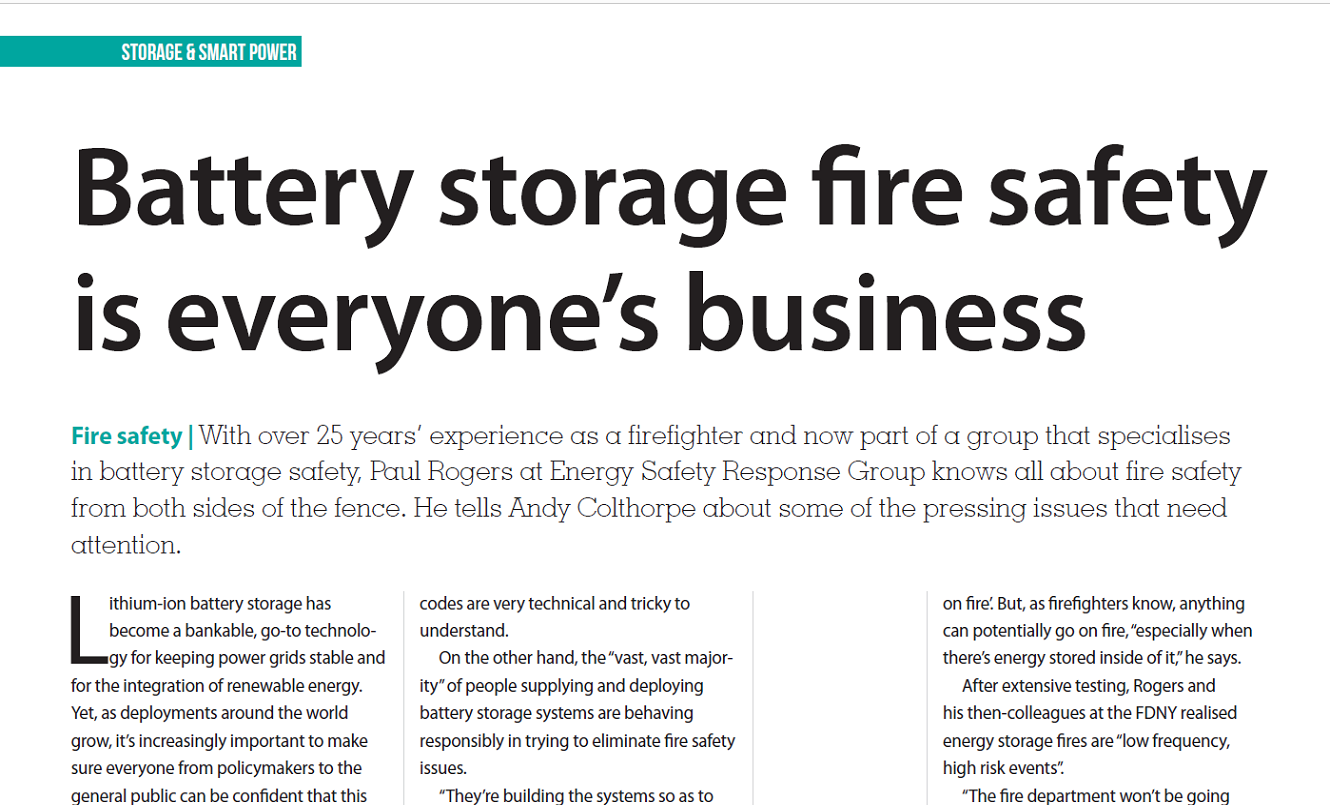 PV Tech Power Papers, Storage & Smart Power
With over 25 years’ experience as a firefighter and now part of a group that specialises in battery storage safety, Paul Rogers at Energy Safety Response Group knows all about fire safety from both sides of the fence. He tells Andy Colthorpe about some of the pressing issues that need attention. 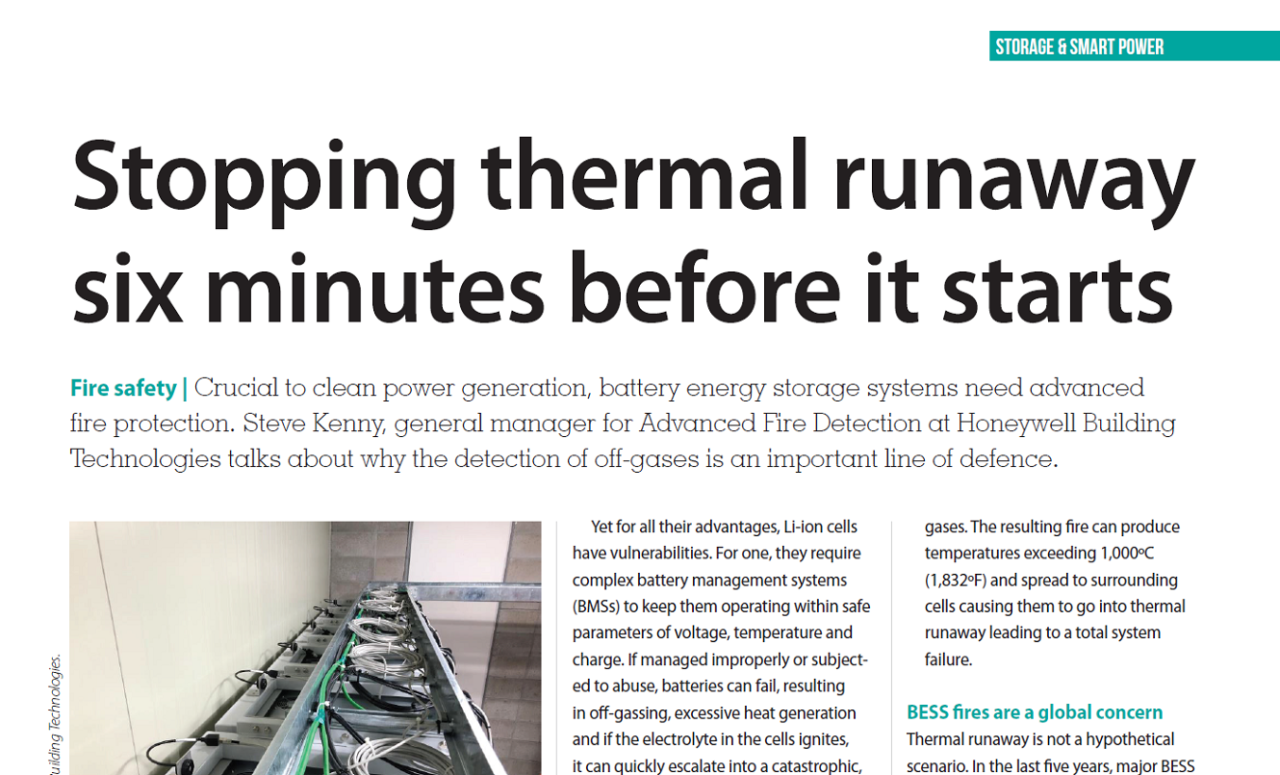 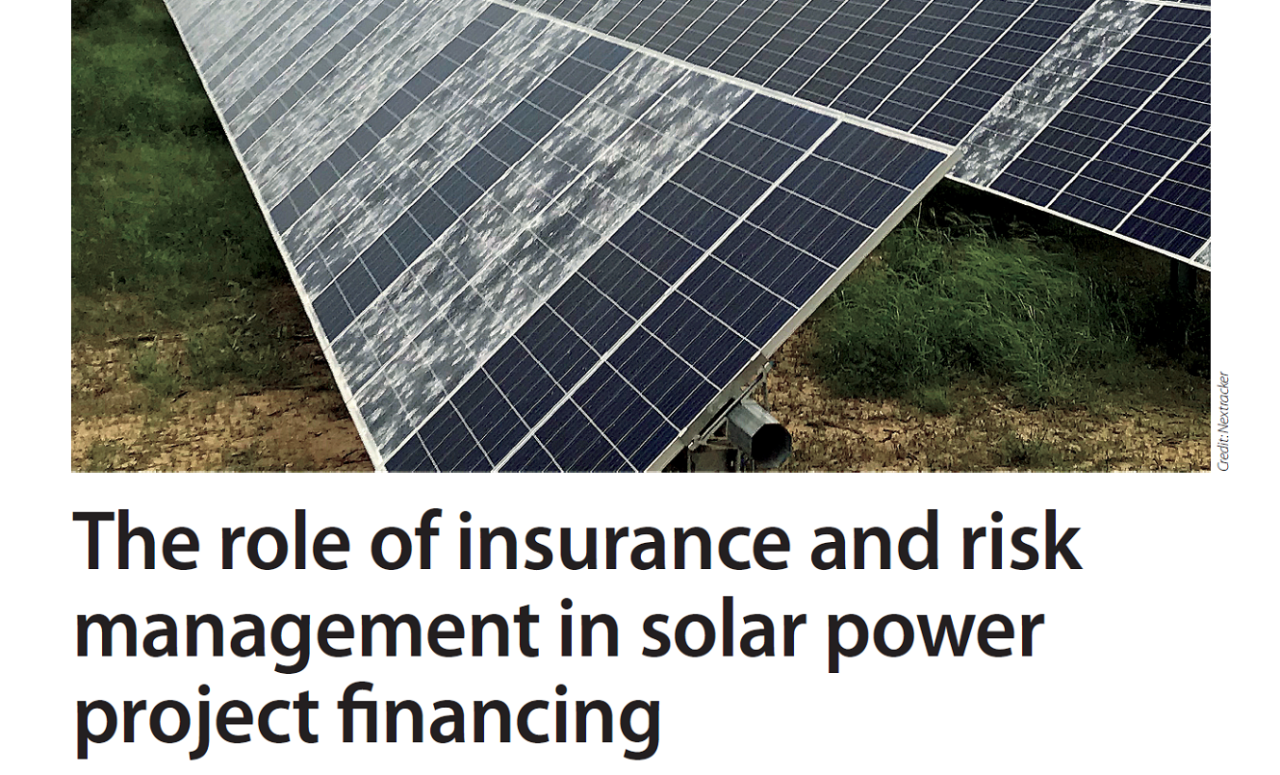 Financial, Legal, Professional, PV Tech Power Papers
Prior to 2019, there was an ample number of insurers willing to provide renewable energy insurance, leading to plentiful, affordable cover being available for solar power project finance transactions. However, with increased claims and risks, price rises and lower availability of cover is impacting the sector. Duncan Gordon, head of Renewable Energy at specialist energy insurance brokerage and risk management firm Gallagher, provides an overview of how solar power project owners can navigate a challenging insurance market. 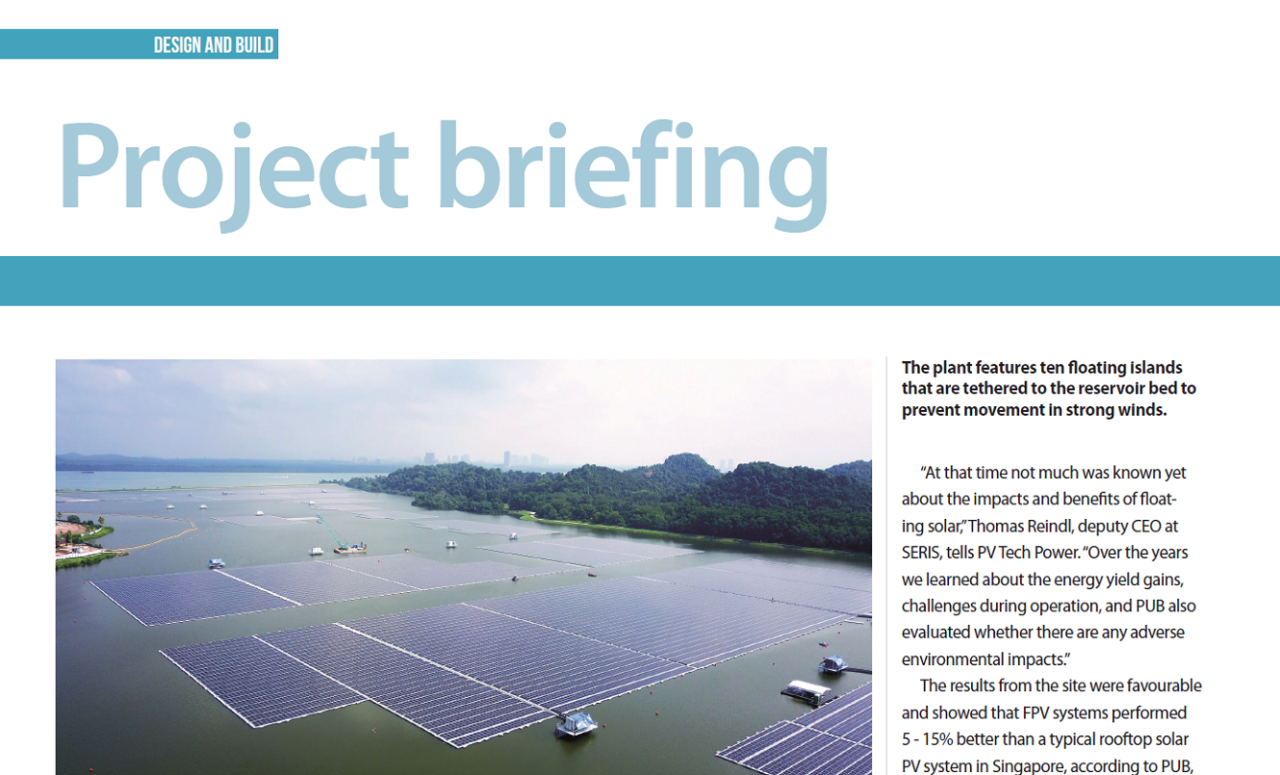 Project Briefing, PV Tech Power Papers
With an electricity mix currently dominated by fossil fuels and limited land availability for ground-mounted projects, Singapore is turning to floating PV (FPV) to increase its renewables capacity as it aims for 2GW of deployed solar by 2030.