The world’s second largest solar manufacturer, Yingli Green Energy, has raised “substantial doubts” over its ability to continue “as a going concern”.

In its delayed annual report released on Friday evening, the company said its level of debt, sequential losses, its inability to raise new finance and other industry risks, including trade disputes, mean the company faces an uncertain future.

“In the past we have relied primarily on borrowings from commercial banks to fund a significant portion of our capital expenditures and working capital needs, and we expect to continue doing so in the future. Substantial doubt exists as to our ability to continue as a going concern. We have also incurred significant net losses in recent years,” the report states.

The filing, released after markets in the US closed has confirmed many of those fears.

“If we become unable to continue as a going concern, we may have to liquidate our assets, and the values we receive for our assets in liquidation or dissolution could be significantly lower than the values reflected in our audited consolidated financial statements. Our lack of cash resources and our potential inability to continue as a going concern may materially and adversely affect the price of our ADSs and our ability to raise new capital or continue our operations,” the filing said.

Rumours had been circulating that Yingli was experiencing difficulties since the company delayed publication of its annual report last month.

“Like we saw with Suntech a few years back, we’re again seeing the potential failing of another industry leader,” said Ash Sharma, senior director, solar research at IHS. “Yingli was the largest module supplier in both 2012 and 2013 before being surpassed by Trina. Throughout that time it made some questionable strategic decisions, such as sponsoring the FIFA World Cup and its unsuccessful move upstream into polysilicon manufacturing. Both of which ultimately proved costly and possibly contributed to the dire position it is now in. Yet again we’re seeing that no company within the solar industry is too big to fail.”

The company said that it is in negotiations with a major shareholder over the possibility of a loan and/or a private share placement, that could raise as much as RMB600 million (US$96.7 million). The company also hinted at a potential windfall from local authorities. It recently received nearly RMB600 million for the land use rights of the plot of land next to its existing polysilicon facility. According to the annual report, the local government “may at its sole discretion” return any funds its makes from the land over and above the RMB600 million to Yingli. The company predicts the site could be worth RMB1.42-2.22 billion leaving Yingli with additional funds of between RMB820 million (US$132 million) and RMB1.62 billion (US$260 million).

The Chinese government has in the past said it would permit consolidation in the solar sector, indicating that struggling firms would not be bailed out. Jifan Gao, CEO of Trina Solar, has previously talked about the need for consolidation while Chinese PV analysts have long predicted it.

The SEC filing provides details on the company’s debt levels and concedes that it could restrict its growth and ability to meet its repayment obligations.

Yingli also revealed its current actual manufacturing capacity, with modules on 4GW, 3GW for ingots and wafers and 3.2GW for cells.

The annual report also provided an update on the company’s downstream ventures. It has a 1.6GW pipeline in China with projects to be sold upon completion.

It conceded that it is still considering how to develop its downstream business by selling to third parties, retaining its own projects or forming joint ventures.

This story hase been updated to include additional commentary and details from the annual report. 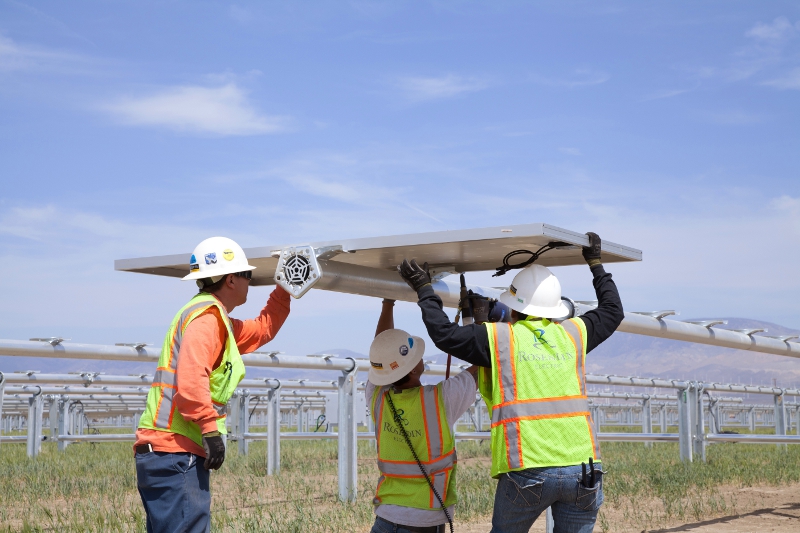