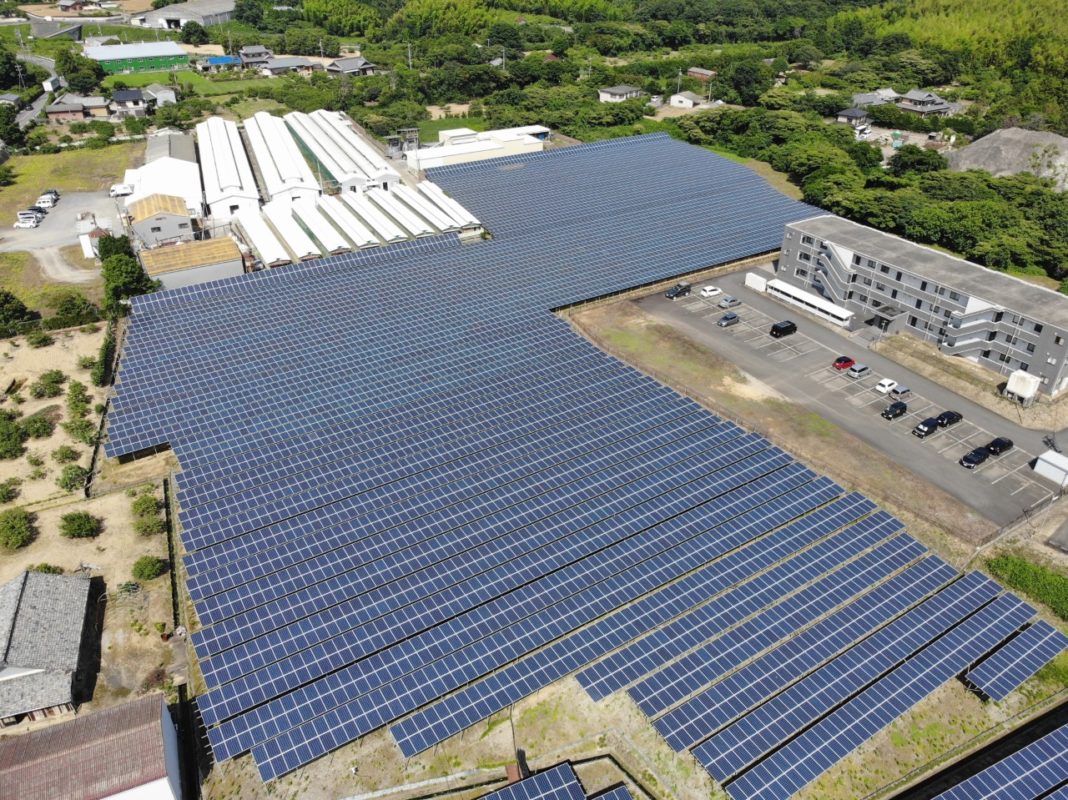 Sonnedix ramps up growth in Japan, Chile and Italy

29 December 2020: Global Independent solar power producer Sonnedix ramped up its presence in Japan towards the end of the year as it completed the acquisition of a 55.6MW ground-mounted solar PV plant in Hitachi City, Ibaraki prefecture.

The plant became operational in August 2017 and is supported by feed-in-tariff payments until 2037.

CEO Axel Thiemann said the acquisition marks an “incredibly successful year” for the company’s Japanese business, and puts it in a strong position for further growth in the region.

Sonnedix also completed financing of a 2.3MW ground-mounted solar PV plant in Mei prefecture it first acquired it September. The plant launched commercial operations in 2016. The financing, which closed on 30 November, was led by Mei prefecture-headquartered The Daisan Bank.

Meanwhile, Sonnedix also increased its solar capacity in Japan by 196MW over the past year, according to its chief executive. The company, which closed financing on a 40MW utility-scale solar farm in Soma city, Fukushima prefecture last July, now manages 252MW of solar capacity in the country, with a further 338MW in its development pipeline.

28 December 2020: Sonnedix also closed €160 million (US$196.4 million) of non-resource financing of 21 solar PV plants in Italy at the end of last year, having spent 2020 doubling down on European growth.

The producer called on Crédit Agricole, Intesa Sanpaolo S.p.A., Société Générale and UBI Banca to facilitate the deal, which comprises an installed capacity of just over 29MW across several Italian regions. The company now operates around 250MW of solar capacity in Italy, having acquired 8.2MW of operational solar farms in Italy in July.

Thiemann said this latest agreement will enable Sonnedix to “continue to invest in the development and acquisition of new plants” in the country over the next year.

4 January 2021: The power group continued its buying spree in Chile with the purchase of four solar plants with 19MW capacity from developer Building Energy Andes Spa. It expects to add a further 21MW once the assets launch commercial operation this year.

The company acquired a separate utility-scale project under development in Chile’s central O’Higgins region at the end of last year totalling 150MWp capacity, weeks after the IPP bought a 160MWp solar PV farm in the same region, adding to two further installations it is already developing in the country with a total capacity of 309MW.

Thiemann said in a statement that the latest acquisition shows “the variety” of Sonnedix’s portfolio and is seeking long-term partnerships and opportunities to continue its growth in the country.

US Solar Fund to invest in 200MWdc California solar plant

31 December 2020: London-based US Solar Fund (USF) has announced plans to acquire up to 50% of a 200MWdc solar plant in southern California’s Imperial Valley in a deal worth up to US$46 million.

The investment will be made in two phases. The first phase will see USF acquire a 25% interest in the Mount Signal 2 project from Australia’s New Energy Solar Fund (NEW) for US$23 million in the first quarter of 2021. Then, the group has agreed to acquire a further 25% interest for around US$22 million up to 12 months after the first acquisition is completed. The price may be raised or reduced by up to US$1 million based on the plant’s performance.

The Mount Signal 2 project was built between 2018 and 2019 by construction group Swinerton Renewable Energy, and 100% of the electricity it produces is supplied to Southern California Edison (SCE) through a 20-year Power Purchase Agreement (PPA). NEW acquired the project in 2018, and announced plans to sell off half of its stake two years ago.

The first phase of the acquisition will bring USF’s solar portfolio in the US to 493MWdc across four states, with the company having completed a 128MWdc solar project in Utah last November. Gill Nott, USF’s chairman, said the Mount Signal 2 project’s escalating-price PPA brings USF’s weighted average remaining PPA term to almost 16 years and “provides further diversification in terms of geography, project and PPA offtaker to the portfolio.”

29 December 2020: International asset manager MPC Capital has completed construction of its San Isidro solar park project in El Salvador. The project, which cost US$7.8 million to realise, is MPC’s thirst renewable energy project in the country and is set to come online in early 2021. A 20-year Power Purchase Agreement (PPA) with US energy company AES’ local subsidiary, CAESS, will begin once it begins commercial operation.

The group has also secured Power Purchase Agreements (PPAs) for a further 20MWp to be built this year. Martin Vogt, MPC Capital’s managing director of renewable energies, said the group hopes to have 50MWp of operational capacity by the end of 2022.

Juan Estaban Hernández, MPC Capital’s head of project development, said the project’s completion was “no small feat” given the disruption caused by the COVID-19 pandemic and adverse weather conditions in the region last year.

SDCLT acquires US$150m of solar-plus-storage projects in US

24 December 2020: UK-based investor SDCL’s Energy Efficiency Income Trust (SEEIT) is to acquire hundreds of solar PV and solar-plus storage projects in the US from developer Onyx Renewable Partners and set up a joint venture in a deal worth US$150 million.

SEEIT will acquire four portfolios totalling 175MW of capacity in 18 US states from Oxyx and investor Blackstone, and will set up a joint venture with the developer, taking a 50% interest in its project pipeline, which is expected to surpass 500MW by 2025.

Just over a quarter (27%) of the installed capacity is either operational or near-operational, with all projects expected to come online in the next 18 months. Projects that are already online are contracted under Power Purchase Agreements (PPAs) with municipalities, universities, schools, hospitals, military housing providers, utilities and corporates.

The acquisition is set to complete over the next few weeks, according to a statement from SDCL.

Jonathan Maxwell, chief executive of SDCL, said the deal will diversity the UK-based group’s portfolio and create a “meaningful impact to reduce the carbon footprint of commercial and industrial clients across the US”.