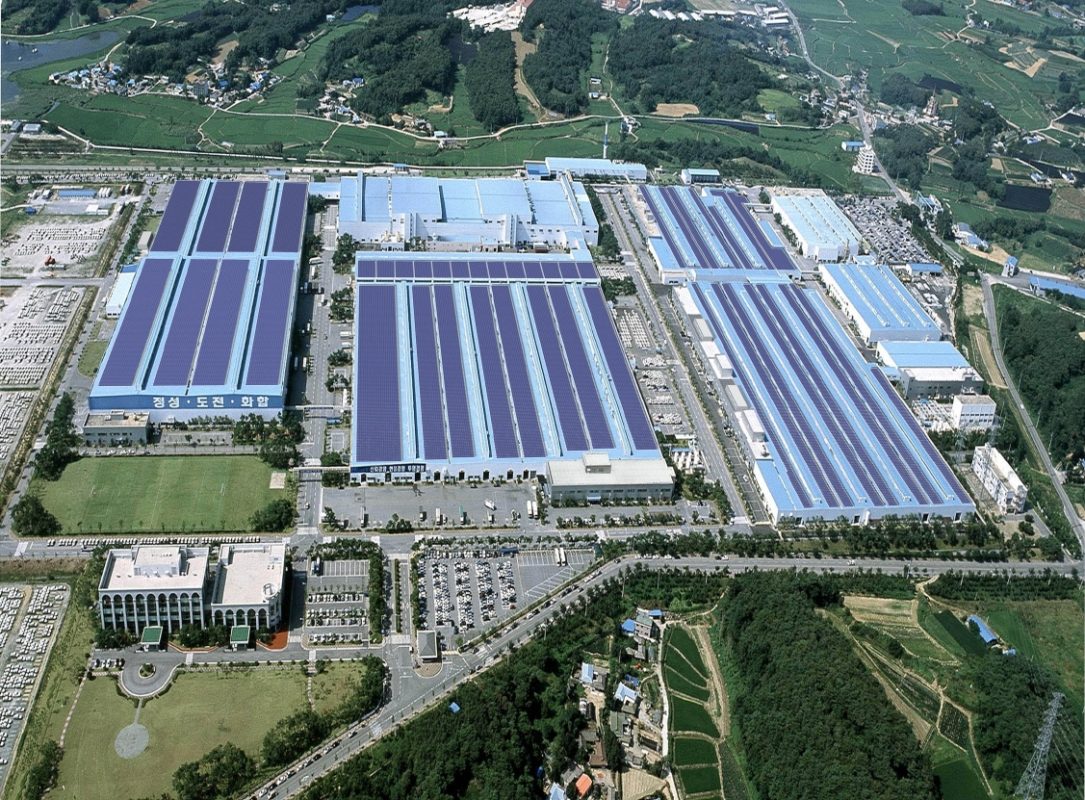 Various companies in the Hyundai engineering and industrial construction group will work together on a 65MW solar PV plant with 130MWh of co-located battery energy storage in Seosan, South Korea.

Earlier this week Korean news outlets including the Yonhap News Agency and Joongang Daily reported that Hyundai Engineering and Construction (Hyundai E&C), part of the group that is perhaps best known outside Korean for its cars, had awarded a 100 billion Won (US$94 million) to two of its affiliates, Hyundai Heavy Industries Green Energy and Hyundai Electric & Energy Systems, both part of Hyundai Heavy Industries.

The projects are in South Chungcheong in the north-west of South Korea and follow on the heels of reports late last year that Hyundai is also planning a 150MWh battery storage plant in Ulsan, on the country’s east coast for Korea Zinc.

Hyundai Heavy Industries Green Energy will supply solar equipment including PV modules and inverters, while Hyundai Electric & Energy Systems will provide the battery energy storage system. No details were provided on the application of storage, although Joongang Daily reported that the facility will “save energy for later use”.

Renewable energy activities only accounted for some 1.7% of Hyundai’s overall revenues in last year’s reported consolidated earnings, but Joongang Daily said the group is “banking on” renewables as a promising area for the business.

Unlike other regional markets where tenders and national policy have driven forward the large-scale energy storage industry, South Korea’s private businesses and national grid and utility operators have been contracting large-scale storage projects directly from the likes of domestic makers Doosan – which built a sizeable C&I solar-plus-storage system at its own head offices in Changwon ​– and Kokam –  while two of the world’s biggest lithium battery and storage industry companies, Samsung SDI and LG Chem, are South Korea-headquartered. In 2016, the government revealed a plan to incentivise the installation of energy storage at solar PV generation facilities.