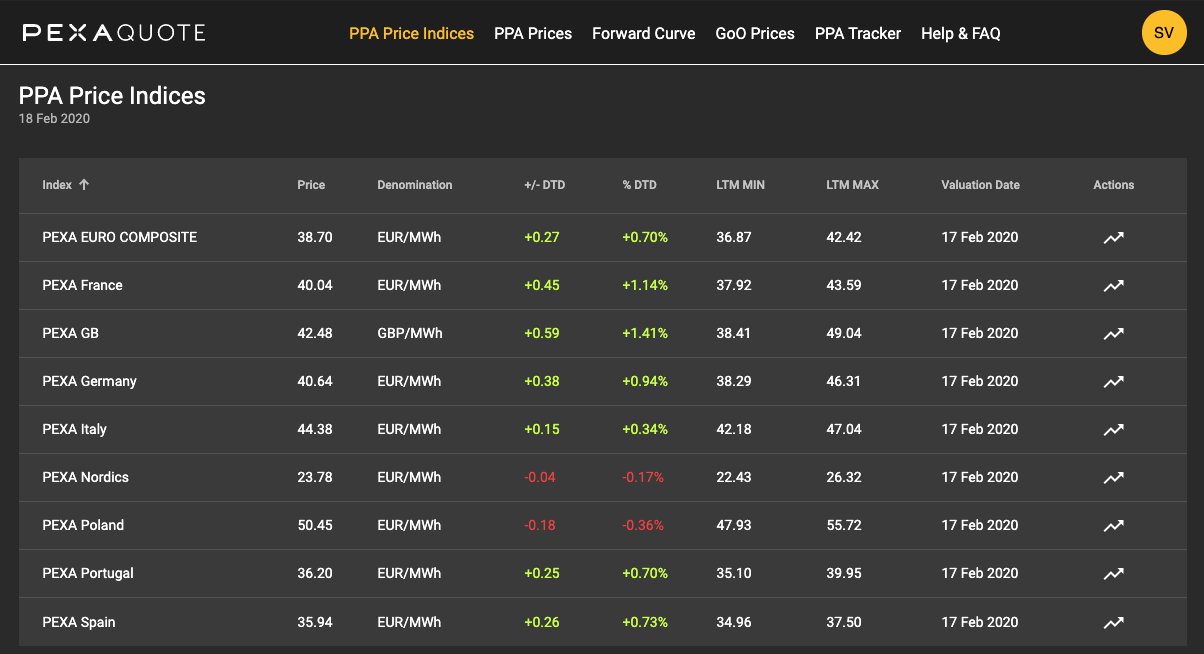 Problem: As subsidies across Europe are lifted, PPAs are increasingly important for developers as a strategy to manage risk, in order to obtain financial security for a renewable energy project.

By negotiating a PPA agreement with an agreed offtaker who will guarantee to take some, or all, of the power output at a fixed price and tenor, project owners are able to secure borrowing and investment to complete the development process. Pricing proficiency is therefore of the essence for project owners to conduct an efficient negotiation process.

With an increasing number of private institutions joining utilities in committing to obtaining power sourced from clean technologies, buyers need a mechanism by which to navigate some of the complexity of pricing and contract negotiation. This is critical during a procurement process which can be unfamiliar, and where a significant investment in time and staffing may be required to collect and analyse market data to determine the best price and structure for a PPA.

Solution: Pexapark’s software, data, and advisory services have been developed to create certainty for buyers and sellers as clean energy transitions away from subsidies and toward an open market.

PexaQuote’s freemium edition includes price indices by market and a PPA deal tracker, which records deals closed in the EU as and when they are disclosed. The software allows users to analyse the volume of deals across different technologies and countries. In addition to providing insight into pricing across the market, the freemium version also includes a new feature wherein the user can request a quote for a given PPA structure. If any sell side parties are interested, the software automatically matches them to the user.

Platform: Since 2019, the business has used insights from its software and database to support more than 50 PPA deals struck in Europe. Pexapark developed PexaQuote in 2019 to analyse power price data and provide a quote based on real-time energy valuation and the specifics of a given project.

4 October 2022
Solar & Storage Finance USA, the only event that connects developers to capital and capital to solar and storage projects, will be back in November 2022.
finance, pexapark, pexaquote, ppa, price tracking, product reviews