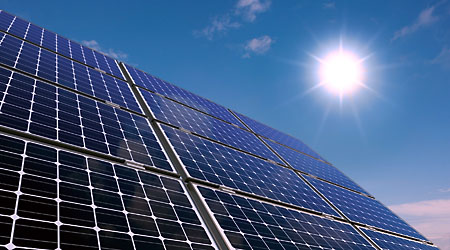 Powertis is to develop four projects in total across Minas Gerais and São Paulo. The most significant project, which is anticipated to have a capacity of 495MW, will be joined by three separate 90MW projects.

Specifically, two projects have been earmarked for Pedranopolis, São Paulo; a further two in Araxa, Minas Gerais; and one additional project is to come forward in Leo Silveira.

Powertis said it would need an investment of around BRL$2.5 billion (around US$610 million), and the developer has managed to clinch finance from Brazil’s Banco Nacional de Desenvolvimento Econômico e Social (BNDES) and Banco do Nordeste (BNB), with financial close expected in Q4 2019 and Q1 2020.

They will be underpinned by power purchase agreements with two unnamed frontline offtakers in the country, which will purchase the power under fixed-term contracts until 2041.

It’s expected that the projects will begin operations in January 2021 and January 2022.

Powertis has turned to Spanish solar firm Soltec, which will conduct all installation and construction services on the portfolio, while also providing the trackers that will be used.

“With the construction of these four projects, Powertis continues to strengthen its position in the Brazilian market and also contributes to the generation of jobs through the implementation of clean energy,” Pablo Otín, CEO of Powertis, said.

Construction is expected to create more than 7,200 direct and indirect jobs, while a further 160 permanent roles are to be created once all four plants are operational.

Brazil is undergoing something of a boom in solar PV activity aided by controversial president Jair Bolsonaro, who has looked to bring the technology into the fold in auctions that had previously been reserved for wind.

Last week, it was confirmed that winners of Brazil’s A-6 auction, the first to admit bids from PV projects, will be offered 20-year supply deals from the government, contracting them for power generation from January 2025 until December 2044.

The industry's involvement in the A-6 auction scheme comes after PV bids tabled for the separate, renewably-only A-4 scheme produced average prices of BRL67.48/MWh (around US$17.5/MWh), seen as a global milestone.

6 October 2021
The future is bright for a new era of US solar and storage, and the 8th annual Solar & Storage Finance Summit will provide opportunities to discuss solutions to the industry’s challenges and provide a networking platform designed to bring together the top minds in the industry to do business. With a mix of high-level, informative presentations and panels, a stellar cast of speakers and audience members with deal-making capacity, the 2021 edition of the event will be a sell-out success.
brazil, esslatam, finance, investment, latam, ppa, pv power plants