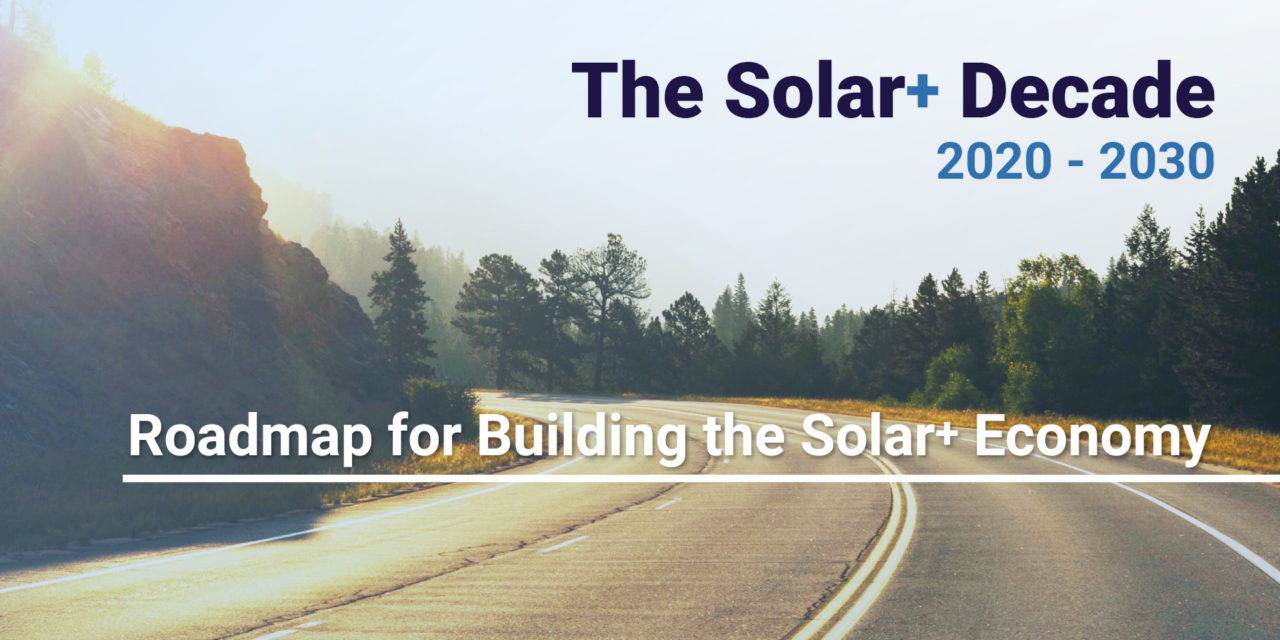 Ahead of Solar Power International 2019 in Salt Lake City, Utah, the Solar Energy Industries Association (SEIA) has set a roadmap to achieving several key goals for the PV industry over the next 10 years.

In a detailed report, the SEIA has highlighted a path that could see solar installations account for 20% of U.S. electricity generation by 2030.

“The Solar+ Decade represents opportunity and a paradigm shift as we transform energy use in America,” said Abigail Ross Hopper, president and CEO of SEIA. “When we hit this goal, by 2030 we will more than double our workforce and add US$345 billion in private investment, all while offsetting electricity sector emissions by 35%. But we can’t get there on momentum alone. We’ll need policies, aggressive collaboration, and action from every member of the industry to make these goals a reality.”
The roadmap spells out the benefits of reaching 20% solar by 2030, as well as the collaborations, policy mechanisms, and growth management the industry will need for radical market transformation.

The roadmap notes that the 20% penetration would include the deployment of 500GW of PV by the end of 2030.

“As the solar industry prospers, we must be thoughtful about who’s benefiting from solar and the enormous economic and climate benefits it will bring,” said Ms. Hopper. “Together we can show that the Solar+ Decade is a story of inclusive growth that will both lift our communities and tackle our pressing climate challenges.”

To achieve this goal, the report notes that the US solar industry will need to consider:

• Collaborations: A cohesive solar industry and external partnerships will be key to the industry’s success. Partnerships with storage, wind, and other technologies will be critical to advance grid infrastructure and change how we generate, distribute and consume energy.

• Market Accelerators: Economic and political forces outside of the solar industry, like energy storage, carbon reduction goals, and the further electrification of our economy have their own momentum and solar will need to continue to ride this wave of success.

• Market Levers and Policy Drivers: Reaching 20% solar by 2030 will depend on a variety of factors, including the industry’s ability to find new opportunities for cost reductions and to move or change policies that can drive growth. The industry will need to streamline permitting challenges to reduce costs, continue its push on net energy metering and other state-level policy in emerging markets, and pass an extension of the ITC to continue growth.

The SEIA also announced that an extension of the US solar Investment Tax Credit (ITC) could create a US$87 billion private sector investment market and add 113,000 jobs over baseline estimates by 2030.

The forecasts come as SEIA ramps up its efforts to secure an extension of the ITC in Congress, and as nearly 20,000 solar and storage professionals descend on Salt Lake City for Solar Power International.

“These forecasts prove that an ITC extension will continue to deliver real results for our economy and the planet,” said Ms Hopper. “The ITC has helped us add billions to the economy, employ thousands of Americans, and be a real solution for cities and businesses that want to do their part to reduce emissions. We’re telling members of Congress to take this climate win now. You don’t have to wait for a comprehensive solution to take action on our energy future.”

Directly as a result of an ITC extension, SEIA forecasts 82GW of PV installations could be achieved in the next 10 years and enough to power more than 15 million American homes.

“The utility-scale segment will see the greatest benefit of the tax credit extension, with 63 of the 82 additional GW coming from that segment, as solar will gain ground against other generation resources based on price competitiveness,” said Colin Smith, senior analyst with Wood Mackenzie. Austin Perea, Wood Mackenzie senior analyst added, “the distributed solar segment will benefit as well, as a tax credit extension accelerates the timeline for which emerging state markets achieve grid parity relative to our base case outlook.”

Since its implementation in 2006, the ITC has been claimed to have helped create more than 200,000 American jobs, added US$140 billion in private sector investment and grown solar deployment by 10,000%.

15 September 2022
Bifacial PV modules will be the dominant solar PV technology globally within one or two years; in the utility-scale sector, their market share is already above 70%. This webinar will provide a clear view on the successful implementation of bifacial technology, maximizing system performance and minimising LCoE.
itc, itc extension, pv power plants, seia, spi 2019, us