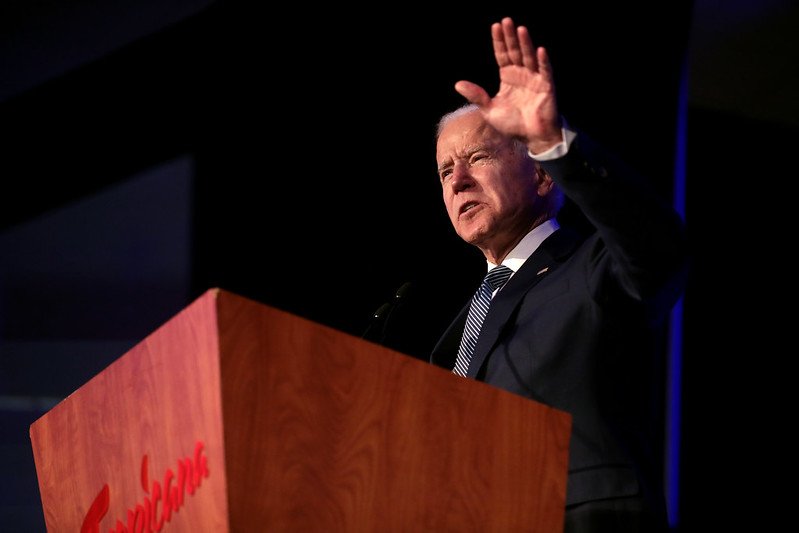 Joe Biden has unveiled a wide-reaching blueprint to transition the US to a carbon-free power sector by 2035 and build a more sustainable economy.

The presumptive Democratic presidential nominee’s plan consists of a US$2 trillion investment over four years in what constitutes a significant ramp-up of ambition for clean energy in the US. Last year, the Biden campaign earmarked US$1.7 trillion for green spending, but spread over ten years.

A statement released by the campaign said transforming the US electricity sector represents “the biggest job creation and economic opportunity engine of the 21st century”.

Outlined in a speech made from Biden’s home state of Delaware on Tuesday, the climate plan also consists of proposed investments in infrastructure, housing, the auto industry and environmental justice.

“Even if we weren’t facing a pandemic and an economic crisis, we should be making these investments anyway,” Biden said.

Legislation to set a new net-zero emissions standard for all new commercial buildings by 2030 is put forward, accelerating progress towards Biden’s target of cutting the carbon footprint of the US’s building stock in half by 2035.

Alongside scaling up best practices from state-level clean energy standards, Biden proposes reforming and extending tax incentives to generate energy efficiency and clean energy jobs. Steps such these will help unleash a “clean energy revolution” and spur the installation of millions of solar panels, including utility-scale, rooftop and community solar systems, the campaign said.

The announcement follows the recommendations of a unity task force made up of supporters of Biden and Democrat Senator Bernie Sanders, which called on the former vice president to support the installation of half a billion solar panels in the US during his first term in office.

Gina McCarthy, president and CEO of the Natural Resources Defense Council Action Fund said the plan “by a long shot is the most ambitious we have ever seen from any president in our nation’s history”.

Meanwhile, a focus of Biden’s R&D and procurement commitments will be on battery technology – for use in electric vehicles and on the grid, as a complement to technologies like solar and wind – in a move to increase durability, reduce waste and lower costs.

It is hoped new battery storage and transmission infrastructure will be used to address bottlenecks and unlock the US’s clean energy potential.