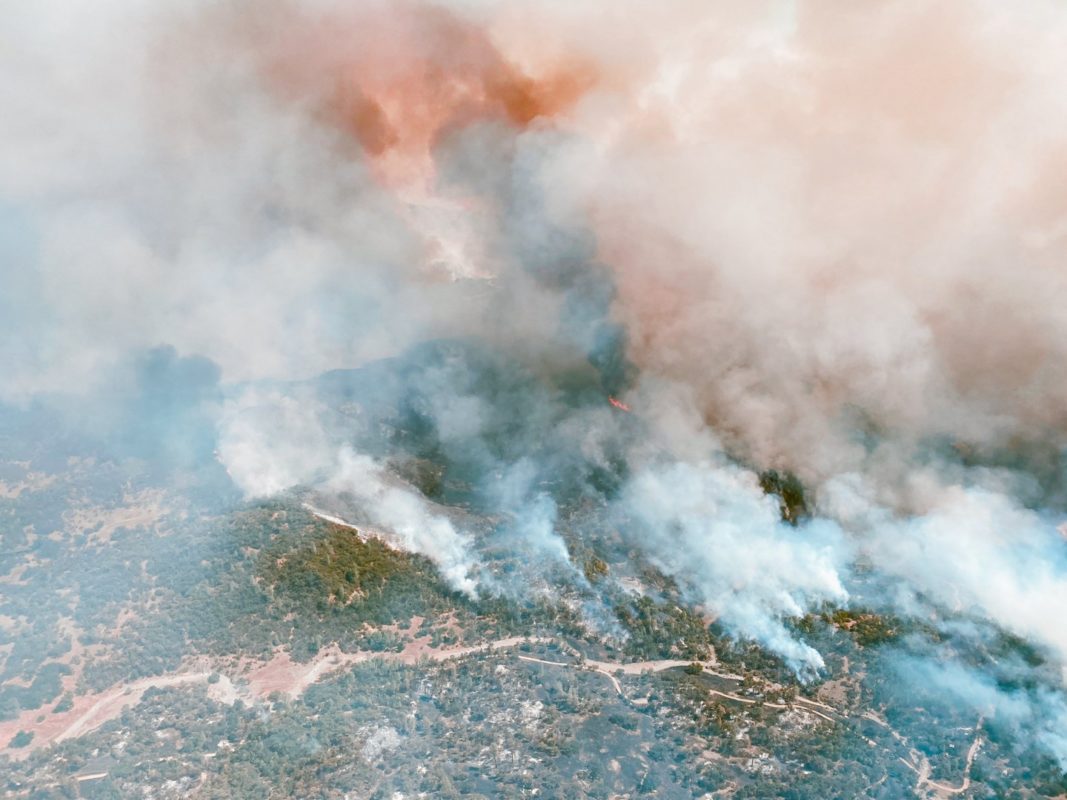 Smoke from wildfires in California caused solar-powered generation in the state to nosedive last month as airborne particles blocked out sunlight, according to the US Energy Information Administration (EIA).

In the first two weeks of September, average solar generation in the California Independent System Operator (CAISO) area, which covers 90% of utility-scale solar capacity in the state, declined nearly 30% from the July 2020 average.

Compared with the same two weeks last year, solar generation in CAISO was 13.4% lower, despite the state having added 659MW of utility-scale solar capacity, an increase of 5.3%.

Wildfire smoke contains airborne particles that are generally 2.5 micrometres or smaller (referred to as PM2.5), the EIA said, which lowers visibility and reduces the amount of irradiation reaching solar panels. Citing data from the California Air Resources Board, EIA said peak California PM2.5 pollution started rising in August and reached 659 micrograms per cubic metre on 15 September, the highest level since records began in 2000.

EIA data shows that daily solar-powered generation, which includes PV and solar thermal generators, averaged at 113GWh in July 2020. As large wildfires broke out in August, it plunged to 68GWh on 22 August and then 50GWh on 11 September as PM2.5 smoke pollution increased.

Despite most solar capacity in California located in the south of the state and the largest wildfires currently concentrated in the northern and central parts, EIA notes that offshore winds are pushing smoke south.

While wildfires have reduced Californian irradiation levels in previous years, the severity of the blazes combined with additional solar capacity will be cause for concern for state system operators struggling to keep the lights on.

CAISO yesterday (30 September) warned of a possible electricity shortage this evening (1 October) as solar production falls later in the day, urging Californians to limit electricity consumption. Consumers have been asked to turn off unnecessary lights, delay using major appliances until after 10pm and refrain from turning down the temperature of air conditioning units below a certain level.

In the face of rolling blackouts in the state in August, former CAISO chair Bob Foster called for more energy storage to can pick up the load and dispatch energy for longer periods. Writing in CalMatters, Foster said: “We must improve our generation capacity, build the infrastructure to store clean energy when it is abundant and be able to dispatch that energy over longer periods, not just short bursts.”

In a move to support Californian households that are prone to power cuts during wildfire season, Sunrun recently signed deals with three community energy suppliers in the Bay Area to install up to 20MW of solar and battery backup power for 6,000 households. The company said that as well as providing backup power in case of a blackout, the resources can be networked together to build virtual power plants, enabling the use of local resources to stabilise the grid.

According to the California Department of Forestry and Fire Protection, 2020 has seen more than 8,100 wildfires burn more than 3.9 million acres in California. It has called on residents to stay alert as the state historically experiences some of the most devastating wildfires in October.

US solar generation surges in January

March 25, 2021
Solar plants in the US produced 21.7% more electricity in January this year than they did in 2020, accounting for 2.4% of the country’s entire electricity mix.