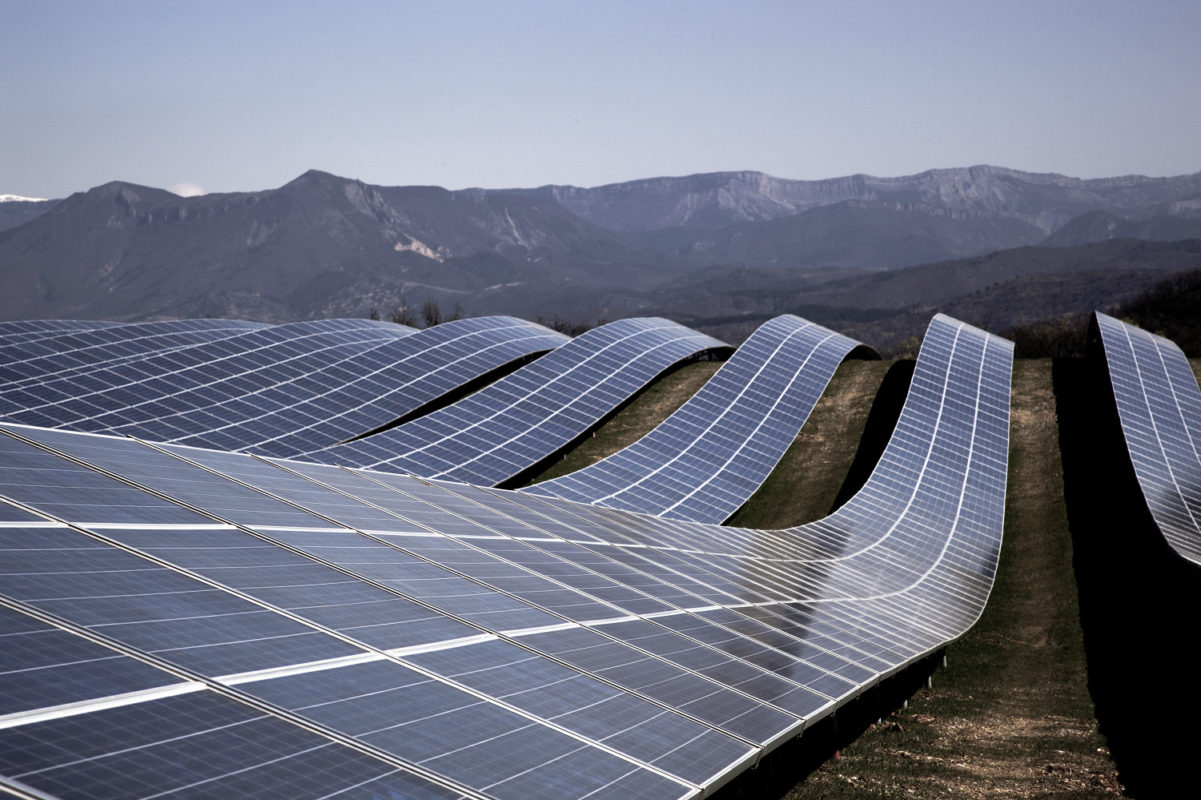 Chile has streaked ahead of its Latin American rivals after becoming the first country in the region to surpass 1GW of installed solar capacity and brush off its classification as an ‘emerging market’. This land of abundant desert sun also looks set to maintain its momentum through the recent approval of an ambitious 70% renewables by 2050 target, in which utility-scale solar will play a central role. However, with Chile’s vast solar project pipeline, some commentators warn that as capacity grows, transmission and grid issues are likely become key bottlenecks.

The ambition is evident in the latest figures from Chilean renewable energy research institute (CIFES), which revealed that by the end of January this year, there were 2.2GW of projects under construction in the South American country, with 10.8GW approved and a further 4GW awaiting qualification.

While some industry members have suggested that Chile installed less PV than expected last year, Jatin Sharma, head of business development at renewables insurance specialist GCube Underwriting, says that Chile tends to have large base-load additions coming in tranches rather than, for example, the smooth additions curve coming from the 27 member states of Europe.

“We have had an influx of construction in Chile in the last 12-18 months, which will all come online this year,” he adds. “I think [the industry] will be pleasantly surprised by the end of 2016.”

Pipelines can be exaggerated in Chile due to the ease of obtaining initial environmental permits, which puts projects on the pipeline map, claims Denise Hugo, director of marketing at tracker manufacturer Array Technologies. However, after this first approval, it is not so easy to secure the interconnection permit, which is handed out by the grid manager. It is also harder to work out the details of power purchase agreements (PPAs) and land usage.

However, there are instances of projects being delayed for a great number of reasons, says Hugo, including the increasing problem of grid congestion, especially in the northern regions, which have seen the highest concentrations of solar to date.

Chile’s regulatory framework and government intentions relating to solar are generally regarded as favourable, with energy auctions being held last year by Chile’s National Energy Commission (CNE), and the Ministry of National Resources tendering for renewable projects on more than 3,000 hectares of public land in several locations.

Chile was the first country in Latin America to establish a green tax on carbon emissions of US$5 per tonne of CO2, however, there are concerns about the way these taxes are applied, says Carlos Finat, executive director of the Chilean Renewable Energy Association (ACERA).

Referring to energy supply contracts with distribution companies, Finat says: “The cost of the carbon tax can be passed to the end customer, so it is not supported by the generator itself – [therefore] the tax has no effect in terms of incentivising the use of green sources.”

Given the commitments made by the Chilean government at the COP21 Climate Conference in Paris, Finat says passing the tax on to the end customer is “nonsense” as it removes the power of the customer to push for alternative sources of energy.

Overall, however, the government is setting up the right framework for solar to grow, says Hugo, by enabling it to compete effectively in energy auctions against other sources of generation through ‘time blocks’, where bids are taken for supplying energy for specific hourly slots.

“It is a challenging format, but it allows the industry to drive the price of solar down and allows government and the grid operators to plan better for their new installed capacity.”

As a consequence of such supportive policies, solar has seen the highest growth of any new energy source in Chile over the last three years. Having set a goal of 70% renewables by 2050, government policy is not a barrier to solar in Chile, adds Hugo. Instead, obstacles will come more from infrastructure constraints and other economic forces at work.

This is because investments in transmission are being delayed due to specific regulations for expanding the system, adds Finat. It takes around three years just to plan expansions and a further five to six years to build any lines. The new law being considered will allow for a more considered analysis of requirements of the power generation systems so that infrastructure can be built in advance of rising demand. It will also help to incorporate best practices from abroad.

“[At present] transmission systems are always coming after generation requires it,” says Finat.

The law, which was entered into the Congress in October 2015, is currently in the high chamber of the Chilean Congress and the Chilean authorities expect it to be approved by April this year.

In terms of action on the ground for improving transmission, the big project on everyone’s lips has been the tantalising prospect of connecting the Northern Interconnected System (SING) grid with the Central Interconnected System (SIC) grid. Chile has four main separate networks, which means that the high penetration of utility-scale solar in the desert regions of the north cannot be used to benefit the most populated central regions around Santiago until the northern and central grids are interlinked.

To give some idea of how great the concentration of renewables in the north is, Chile's society for industrial development, Sofofa, recently reported that US$58 billion has been invested in renewable energy projects in various stages of development as of December last year, of which nearly US$40 billion (70%) has been allocated to the northern regions of Antofagasta, Atacama and Coquimbo.

The grid connection strategy has been approved as part of a national transmission plan that is not specifically related to the development of solar energy, says Finat, although it will benefit solar by bringing a larger market to PV projects located in the north. The northernmost grid also happens to be the smallest network in Chile so the benefits of connecting to this larger market will be felt acutely.

Furthermore the connection will allow the interchange of energy between the grids depending on relative fuel prices, making it a “key project”, adds Finat.

Chile-based utility E-CL, a subsidiary of French energy company Engie, formerly GDF Suez, the largest independent power producer in the world, was awarded the project. E-CL subsidiary Transmisora Eléctrica del Norte (TEN) is developing the project and construction started in July 2015. The connection is expected to start operation by mid-2017 and Finat says that any potential holdups are only likely to delay the project’s completion to the first month of 2018 at the latest.

While the grid connection project is the topic of the moment in Chile, says Denise Hugo, many other industry members do not expect the connection to be complete until 2018/19 at the earliest.

In any case, the connection issue is being bypassed by a number of solar projects springing up in and around Santiago in central Chile. While developers of these projects face various challenges, they benefit from being close to demand centres and solar irradiation remains extremely high compared to most locations globally – even if slightly lower than the northernmost desert regions of Chile.

These enviable solar resources are one of the factors leading to the creation of Chile’s ambitious government-funded Strategic Solar Programme (PES), which aims to develop local capacities to achieve the lowest levelised cost of electricity (LCOE) for solar energy anywhere on the planet within 10 years, according to Finat.

The PES plan involves supporting R&D to identify and improve solar technologies to bring down the related costs including maintenance, cleaning and efficiency.

PES contributors have already identified Chile as having a solar capacity potential of 1,500GW of installed power, which Finat describes as a “stunning” finding, considering that Chile has a peak demand currently of only around 15GW.

While utility-scale projects have dominated the solar landscape, driven especially by the high irradiation in the Atacama Desert, there is plenty of room for growth and Chile’s traditional mining industry is driving much of the demand. For example, mining companies such as Codelco have integrated solar with their copper mines to meet their high energy needs, although this is solar thermal in Codelco’s case. Copper also happens to be one of the main export commodities from Chile.

Mining companies tend to have contracts with power generators to supply their electricity, and it is these utilities that have turned to solar in the northern regions to help deliver the lowest cost of electricity to meet that demand from mines, says Finat.

Conversely, a global downturn in copper demand, especially from China, may have resulted in demand for energy not growing as fast as expected in Chile. Usually demand rises by 5% per annum, but 2015 saw demand rise by just 2-3%, adds Finat.

Nevertheless, mining companies still require energy and often need to replace old contracts and they will invite solar and wind generators to compete in the new tenders to supply power. Referring to the global slowdown in copper demand, Finat says: “The effect will be that there is stronger competition in the market for the contracts.”

Hugo adds that the copper demand slowdown has resulted in some Chilean mining projects being put on hold and copper demand may not rise again for another two to five years.

Despite the emphasis on utility solar thus far in Chile, decentralised PV is also expected to have a part to play in Chile’s energy mix in years to come. One current barrier is a cap that restricts net metering to rooftop system under 100kW, established under Law 20.571. Nick Blitterswyk, chief executive of renewable energy company UGE International, says this is “seriously hampering” the potential for rooftop solar in the commercial sector, adding: “If net metering can be liberalised, the rooftop market can start to play a major role.”

The market is otherwise favourable with strong solar resources, reasonably low rates for financing projects, and a stable political environment, but it is hard to tell if policy will go far enough to open up the non-residential rooftop market for projects.

Ahead of COP21, Chile’s energy ministry included a tender to install solar on roughly 350 public buildings over the next three years. As a result, Blitterswyk believes that rooftop solar will be the target of plenty of investment in the near future. 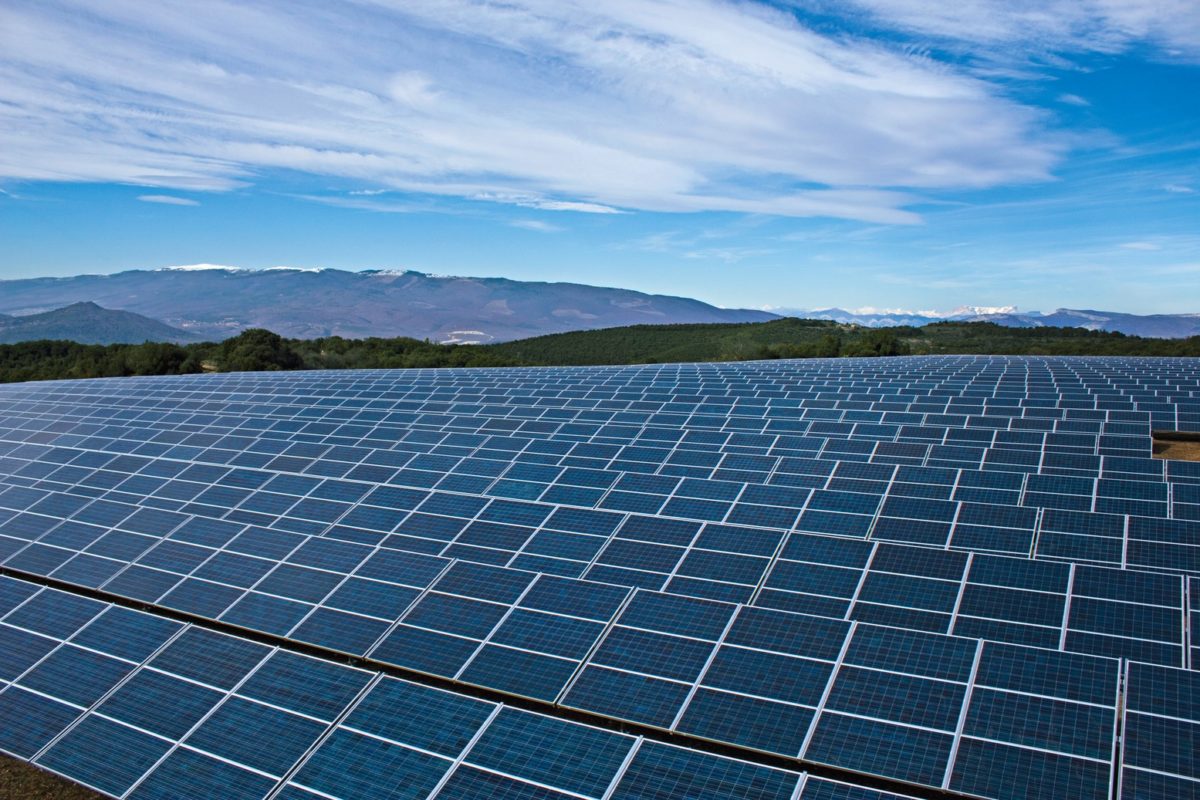 Chile has also set its ambitious 70% renewables by 2050 target, but Blitterswyk says Chile must replace and upgrade its transmission lines to achieve this.

On the other hand, Finat claims that ACERA holds the conviction that Chile can actually achieve 100% renewables by 2050.  This is partly because the current target of 20% non-conventional renewable energy by 2025 will be met well in advance by 2018/19. Furthermore, with its favourable natural resources, solar is already extremely cost-effective in Chile compared with fossil fuel generation.

Another factor is that most conventional generation units in Chile will come to the end of their lives between 2030 and 2045.