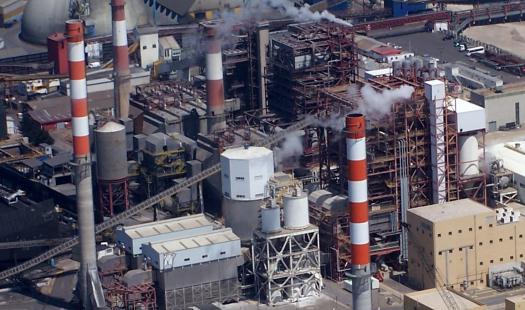 One of the world’s current solar hotspots is to tap into renewables to fill the gap left behind by earlier closures of fossil fuel plants, under plans unveiled at this year’s COP25 summit.

On Monday, Chile used the annual UN climate talks in Madrid to announce it will retire four large coal facilities ahead of schedule and replace them with renewable generation.

According to a government statement, the new plan will see 334MW in coal capacity – Engie’s Mejillones CTM1 and CTM2 – shuttered by the end of 2024, ahead of the original 2040 date.

For their part, the two facilities making up AES Gener’s 340MW Ventanas coal duo will be phased out two years in advance, with both now set for switch-off by the end of 2022.

“All [four coal] plants are in areas of high industrial density. Their closure will help improve quality of life for inhabitants there,” said Jobet, appointed as minister only six months ago.

Chile’s emphasis on the citizen benefits of the renewable transition comes after months of intense street protests over inequality, forcing to relocate COP25 from capital Santiago to Spain’s Madrid.

The Latin American state – where coal still powers 40% of energy production – is working to become carbon-neutral by 2050, with growth of renewables seen as a pivotal element of the plan.

The country claims to have hit its 20%-by-2025 renewable share target this year and will now focus, minister Jobet said, on the “challenge” of upgrading its grid to ensure clean power reaches Chileans.

The prospect of a state-backed renewable push finds Chilean solar at an auspicious time. Atacama, home to the world’s reportedly highest irradiation levels, has seen a surge of activity in recent years.

Some of the latest Atacama arrivals are going down the bifacial route. Two-sided panels will power a 382MW plant Enel is building and a 103MW bank-backed project by Spain’s Grenergy.

7 December 2022
Intersolar is the world’s leading exhibition & conference series for the solar industry. As part of this event series, Intersolar India in Gujarat is India’s most pioneering exhibition and conference for India’s solar industry. It takes place annually and has a focus on the areas of photovoltaics, PV production and solar thermal technologies. Since 2019, Intersolar India is held under the umbrella of The smarter E India – India’s innovation hub for the new energy world.

22 February 2023
After a record breaking year at the Energy Storage Summit, join us next year at the 8th edition in 2023 where we are expanding in line with the increased opportunity across the renewable sector. As we see this continued growth of the industry through change in government policy, increased capital and a need for grid resilience in geographies with high renewable penetration, can the necessary scale be met across the value chain in order to meet net-zero goals in Europe? We will gather industry leaders across the sector to discuss a range of vital topics including the most lucrative markets for storage and what the best route to market strategy is for your storage asset, changes needed in policy and infrastructure, as well as the effects of the supply crisis, disruptive technologies and much more.