The UN’s climate agency (CMA) has called for an acceleration of climate finance, an end to fossil fuel subsidies and for governments to commit to greater emissions reduction by next year in its first draft of an agreement for COP26.

The draft text, which can be read in full here, is published just two days before talks at the COP are scheduled to end and includes a preliminary draft of the cover decision to be reached by the participating countries as put forward by the COP26 president, the UK’s Alok Sharma.

The text includes a raft of carefully worded commitments ranging across areas such as science, adaptation, finance, mitigation and collaboration, which will now be the subject of two more days of negotiations.

It states that there is “alarm and concern” that warming of around 1.1 degrees Celsius has been caused to date and calls for renewed urgency and increased ambition across mitigation, adaption and finance this decade to “address the gaps in the implementation of the long-term goals of the Paris Agreement”.

Central to this is a number of commitments included within the section of the agreement related to mitigation, notably a decision to establish a work programme to urgently scale-up measures during the 2020s alongside urging parties to “revisit and strengthen” 2030 targets included within national determined contributions (NDCs) by 2022.

It also calls upon parties to accelerate the phasing out of coal and subsidies for fossil fuels.

The draft text goes on to emphasise the need to mobilise climate finance necessary to achieve goals established within the Paris Agreement – the noted US$100 billion figure – and to include “significantly enhanced support for developing countries”.

Support for developing countries and the need for the energy transition to be just and equitable have been a consistent theme throughout the COP26 summit.

As with any draft legal framework, the devil is in the detail here and with two days of complex and fraught negotiations remaining, it remains to be seen how much of this text stays in place or is made more concrete.

While some of the commitments – especially an end to coal and fossil fuel subsidies, the first time such a commitment has been discussed in such a text – is suitably ambitious and noteworthy, there is no firm commitment here. There are understandable reasons for this, as no two countries are alike and as was discussed during the summit’s ‘Energy Day’ last week, holding developing countries to the same level of account regarding wholesale changes to the energy mix is perhaps not the best course of action.

That said, yesterday’s update from the Climate Action Tracker that stressed the world is heading for 2.4 degrees Celsius of warming even despite pledges made at the COP so far, is beyond sobering.

It’s now time – or, rather, beyond time – for stiffer action.

The draft text is published just a day after a crucial update from the Climate Action Tracker, the foremost independent assessment of climate action produced by non-profits Climate Analytics and the NewClimate Institute, which found that the world is headed for 2.4 degrees Celsius of warming by 2050 despite measures announced at the COP to date. 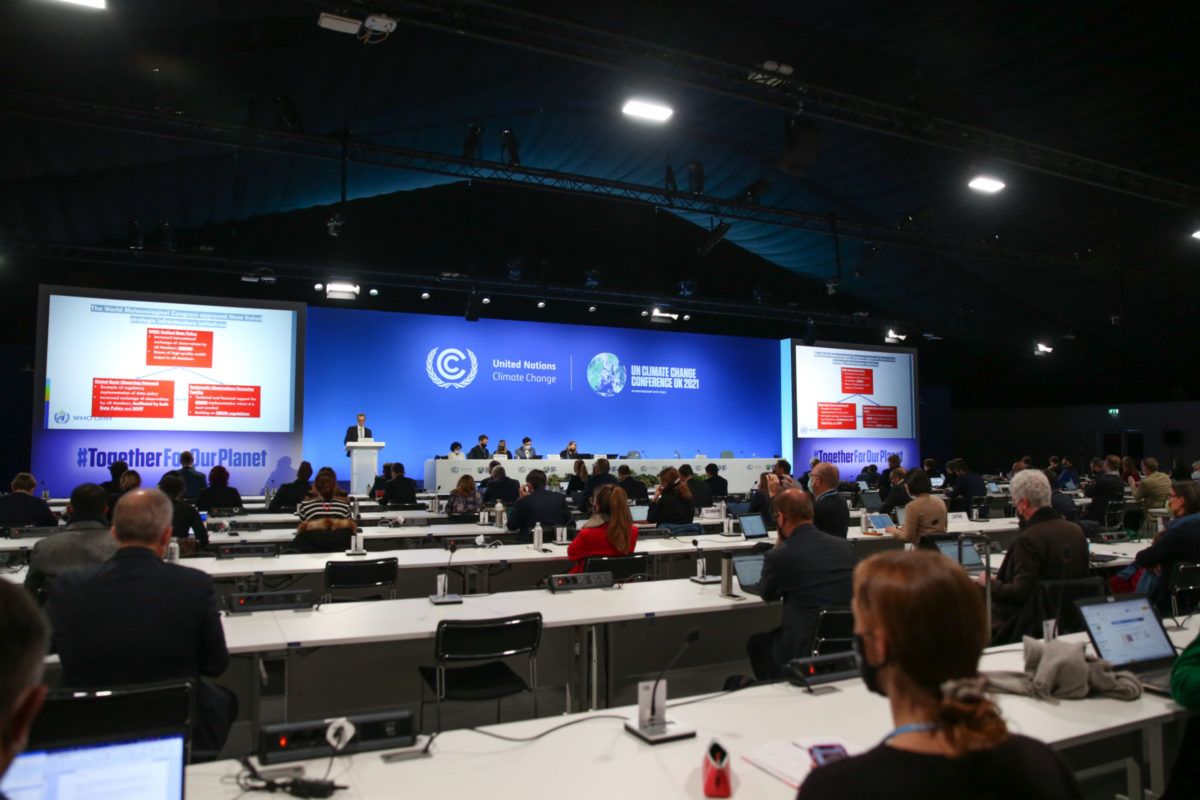 Is the Glasgow Climate Pact a boon for solar, or a COP out?

December 14, 2021
The sun wasn’t shining in Glasgow for COP26 and many in the solar sector lamented the lack of mention in countries’ pledges. Nonetheless, some vital announcements were made that will be crucial to the industry’s growth and its role in reaching net zero, writes Sean Rai-Roche.