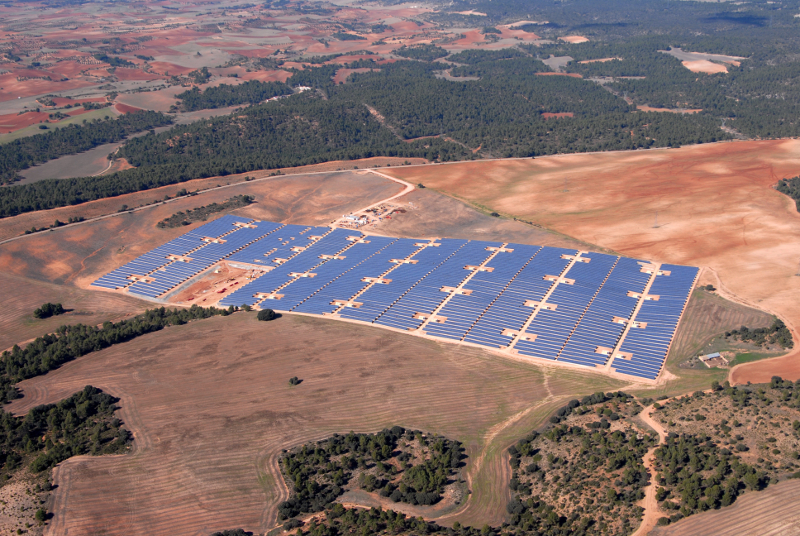 German EPC ib vogt has announced the sale and commencement of construction of a 180MWp solar farm near Badajoz in Spain, teeing itself up for a slew of other subsidy-free developments in Southern Europe.

The Bienvenida project – located in the Extremadura region of Spain, which has seen significant quantities of new solar farms enter planning – is to be acquired by European insurance giant Talanx Group.

Ib vogt has, meanwhile, established a long-term power purchase agreement for the project with Shell Energy Europe, which will see the utility acquire all power generated from the plant.

Berlin-headquartered ib vogt originally acquired the project in 2017, advancing it to shovel-ready status with a long-term offtaker attached. Ib vogt will now perform all operational contracts for the project, including delivery and ongoing operation.

The contract with Talanx does, however, include price hedging which ib vogt said balances price volatility whilst ensuring the company remains open to opportunities in Spain’s power market.

“The sheer size of the solar park allows us to better support the environmental transformation to a zero-carbon emission society – in this case by means of industrially generated green energy,” he added.

Ib vogt chief executive Anton Milner said Bienvenida is the first in a series of major grid-parity projects the EPC is delivering in Southern Europe.

Talanx Group is one of a number of solar investors, financiers and developers speaking at next month's Solar Finance & Investment conference, organised by PV Tech publisher Solar Media. The event is to be held between 5 – 6 February 2020 at the Victoria Park Place hotel in London. Tickets for the event are still available, more details on which can be found here.

6 October 2021
The future is bright for a new era of US solar and storage, and the 8th annual Solar & Storage Finance Summit will provide opportunities to discuss solutions to the industry’s challenges and provide a networking platform designed to bring together the top minds in the industry to do business. With a mix of high-level, informative presentations and panels, a stellar cast of speakers and audience members with deal-making capacity, the 2021 edition of the event will be a sell-out success.
europe, finance, ib vogt, investment, lss2020, pv power plants, sfi2020, solar pv, spain, talanx