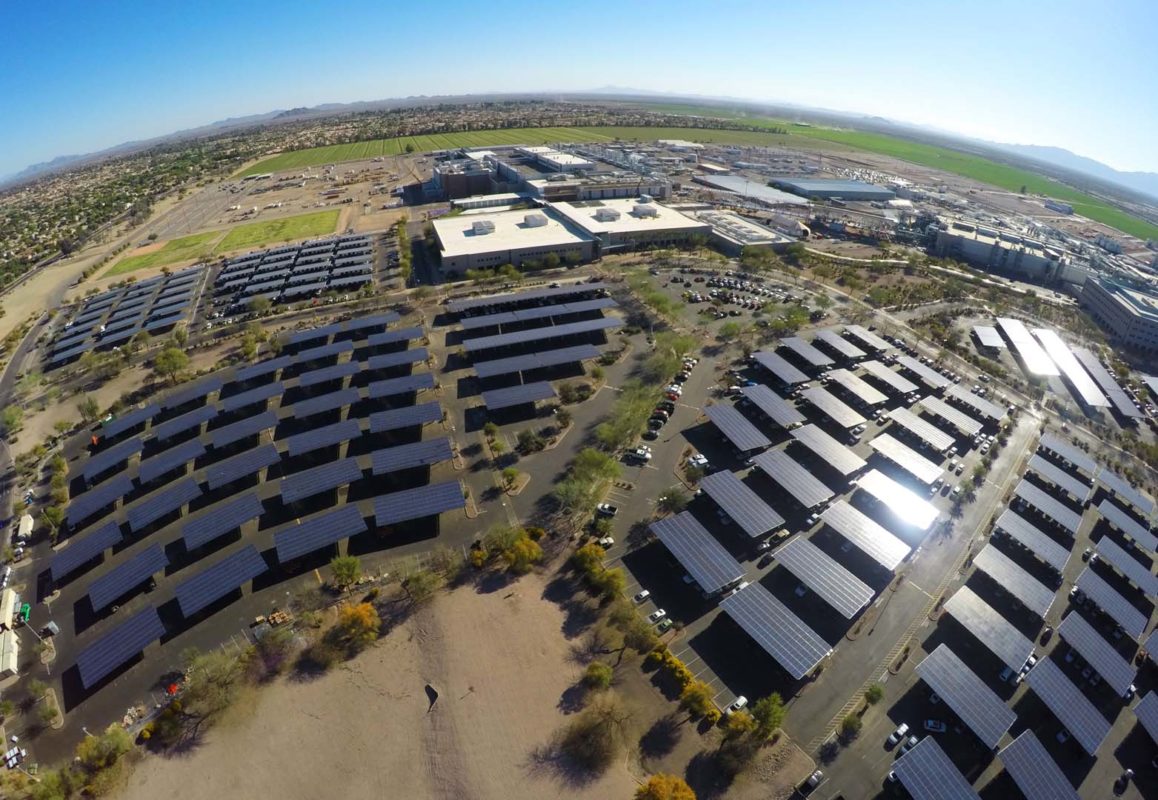 Major semiconductor manufacturer Intel Corp has highlighted that its electricity consumption across its manufacturing operations in the US and Europe have reached the milestone of obtaining all electricity needs from renewable resources such as solar PV, hydro-electric and wind.

Typically, retailers such as Walmart, and IKEA are noted for high levels of solar installations on large retail outlets with high levels of self-consumption. Much harder a task is for a high-energy consumers, such as semiconductor manufacturing to achieve those levels.

The company estimates that it has installed approximately 3 million square feet of solar arrays at Intel sites in nine countries to date, generating 33 million kilowatt hours of electricity, which is equal to the annual energy use of 3,700 US homes, according to the company.

However, Intel has semiconductor manufacturing operations in Malaysia and China as well as design offices in countries such as India and elsewhere.

The company noted that a number of PV projects were planned or already under development at other Intel campuses, including Chandler, Arizona; India; Vietnam; and Malaysia. The company is also extending carport coverage at its Ocotillo campus.