Is it time for India to go upstream?

The recent invitation by the government of India to PV industry experts to participate in assessing the technical and financial feasibility of an upstream polysilicon, ingot and wafer manufacturing cluster in the country might have raised some eyebrows among the various industry participants addressed by this call.

The polysilicon industry currently hardly seems to provide an environment that offers a clear-cut investment case. Among its many issues, price levels have been continuously suppressed for a prolonged period of time. Supply-side dynamics are highly confusing, while the arbitrary PV installation figures available means the picture on the demand side is little clearer. And the question of which technology will win the battle for supremacy remains open. Just to name a few…

Prices for polysilicon remain at levels at which most active producers cannot earn a sufficient risk-adjusted return on deployed capital. This industry environment led to impairment charges on long-lived assets across the board and still shakes up the fortunes of established and new players alike. Re-investment price levels are a function of deployed technologies and underlying producer-specific cost structures. Nevertheless, some general conclusions on threshold price brackets can be deduced based on different operating cost and capital expenditure assumptions. This exercise has been performed for the Siemens reactor-based mainstream route in a previous PV Tech blog. As the drawn conclusions on minimum threshold price levels largely remain in place the question of whether new entrant polysilicon producers are needed may be a moot one.

Obviously, the market for polysilicon and silicon-based surrogates is still working its way through a structural imbalance caused by massive capacity additions at the beginning of this decade. As a consequence, competitive forces increased, leading to high market exit rates and speeding innovation cycles. In this context innovation encompasses both evolutionary process improvements on mainstream Siemens reactor and fluidised bed reactor (FBR) process routes as well as revolutionary developments, such as the revival in the making for metallurgy-based purification processes (a.k.a. upgraded metallurgical silicon). All these measures are targeted to stay afloat in a crumbling price environment by bringing down marginal production costs or even through a complete redefinition of the industrial merit order.

Keeping these dynamic forces in mind and acknowledging that production plants have multi-year lead-times, it comes to the interesting market constellation in which significant capacities continue to exit while new capacities are being brought online, both at the same time. This phenomenon of significant parallel entries and exits of production capacities is not confined to newer players and also affects incumbents. Adding to the supply-side confusion are institutional trade barriers that have been erected between major consuming and producing regions of polysilicon.

The description of the supply-side dynamics demonstrates that visibility is currently very low and that the market environment is influenced to a significant degree by unpredictable external forces that are beyond the control of a project development team. While this is almost always the case for industrial development projects, these external uncertainties certainly move center stage for highly capital-intensive projects in transformative industries that are characterised by contracting margins. In this respect the implications of the global competition on domestic price structures should not be underestimated, even if an Indian polysilicon cluster would be catered to future domestic feedstock needs.

Looking at the demand side of the equation hardly eases complexity as disagreement between market researchers on past PV installation figures seems to be the norm rather than the exception nowadays. This increasing disparity on the major pull factor for the polysilicon industry translates into roughly 60,000 tons of “shadow” silicon demand, adding to the blurriness resulting from inventory changes and efficiency improvements. Nevertheless, given current traction in global PV installation growth and reverting to an average installation forecast in the order of magnitude of ~60GW plus for 2016, chances are strong that polysilicon prices will recover over the course of this year.

How far a potential price recovery could alter the risk perception of key stakeholders for the prospective polysilicon cluster in India will ultimately depend on the magnitude, resilience and sustainability of the recovery, which in turn will also influence strategic capacity decisions by existing players. Here, of special interest is whether proprietary low-cost FBR process technologies will gain market share and play a more dominant role in the future and whether UMG will gain market acceptance.

The traditional mainstream Siemens technology routes are currently being contested by two alternative processes: first, by various facets of the industry-proven silane-based FBR process and second, by revived UMG concepts that still need to gain market acceptance. The sales-pitches for these different PV silicon feedstocks are virtually the same, in that sufficient and consistent quality material is being promised and promoted at more attractive price points when compared to polysilicon originated via the traditional Siemens route. The lower price points can presumably be sustained as the competing processes reduce the material specific energy consumption by a factor of two to four when compared to best-in-class Siemens processes. Some proponents even claim higher energy savings potentials.

Does this sound too good to be true? The reality of the competing processes is that they have so far failed to show that they are true substitutes in the real sense of the word. The material currently being deployed in the c-Si downstream is in most instances blended with “traditional” polysilicon at varying ratios of 20-80%. Further, project and ramp-up delays at current FBR-based greenfield or brownfield expansion sites might indicate, next to technical difficulties, that the economics are not that straightforward anymore, at current spot prices. As already mentioned, material from revived UMG processes still needs to gain market acceptance and is therefore just a contester in the making.

The implication for the prospective production cluster in India is that base-case technology and process route selection are highly critical aspects and need to be evaluated in the context of different future technology scenarios, as these ultimately determine forward price curves for the end product. A low-risk technology selection would likely opt for a traditional Siemens-based approach, opening the cluster to premature obsolescence risks if FBR-based technologies emerge as the polysilicon mainstream. Hence, under technology risk diversification aspects a dual-technology concept might be preferable, however, as minimum threshold scales need to be achieved for both routes and capital is likely to be constrained, not feasible from a pragmatic standpoint. UMG based processes are not recommended for new entrants as market penetration of this material is still comparatively low.

Poly-Si “Made in India”

The case for local polysilicon production in India is not straightforward and needs careful considerations as the economics of capital-intensive projects are particularly prone to low margin environments. In addition, stable and competitively priced energy may be an issue and therefore limit the choice of available technologies. The technology selection deserves very careful considerations due to fierce competition between different polysilicon production concepts. The last point becomes all the more important in case that public funds would be made available. Here, a well-structured design of the operator and owner model might alleviate certain risks.

On the positive side, India’s PV market is likely to reach a scale that is more than sufficient to fully utilise a large national polysilicon cluster and therefore provide further economic growth impulses needed to promote social progress and reduce disparities. This ultimate goal of social progress underscores the importance of the early-stage assessment stage in order to avoid a “poly-Si Made in India” dream mutating into a Solyndra-Incubus. 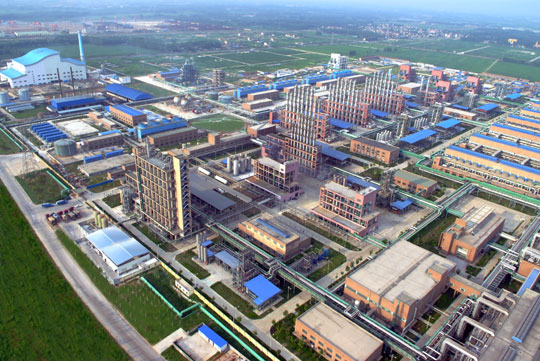 March 22, 2021
Major polysilicon and wafer producer GCL-Poly Energy Holdings expects a net loss of at least US$891 million, its largest on record.