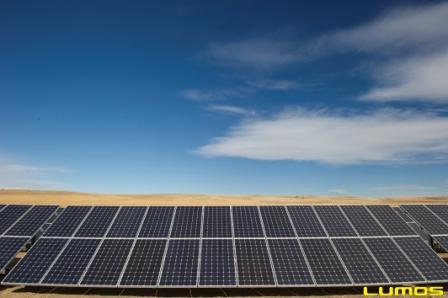 Green Light Contractors, a subsidiary of Elecnor Group, is EPC contractor for the Bungala project, near Port Augusta, which was recently completed and started production at its first 137.7MW phase.

Bungala is said to be the largest solar PV project under construction in Australia.

Gener Miao, vice president Global Sales and Marketing of JinkoSolar, said: “The Australian market is growing rapidly. We are working closely with local developers to build sustainable partnerships where they will be able to maximize their return on their investment from the superior performance of JinkoSolar's products.”

Enel is investing around US$157 million in the project, which is fully contracted with a long-term power purchase agreement with Origin Energy, an Australian utility.

The overall Bungala Solar PV Project will be able to generate around 570GWh per year once fully operational, due in early 2019. The facility, which will cover an area of approximately 600 hectares, will consist of about 800,000 polycrystalline PV modules mounted on single-axis tracker structures.