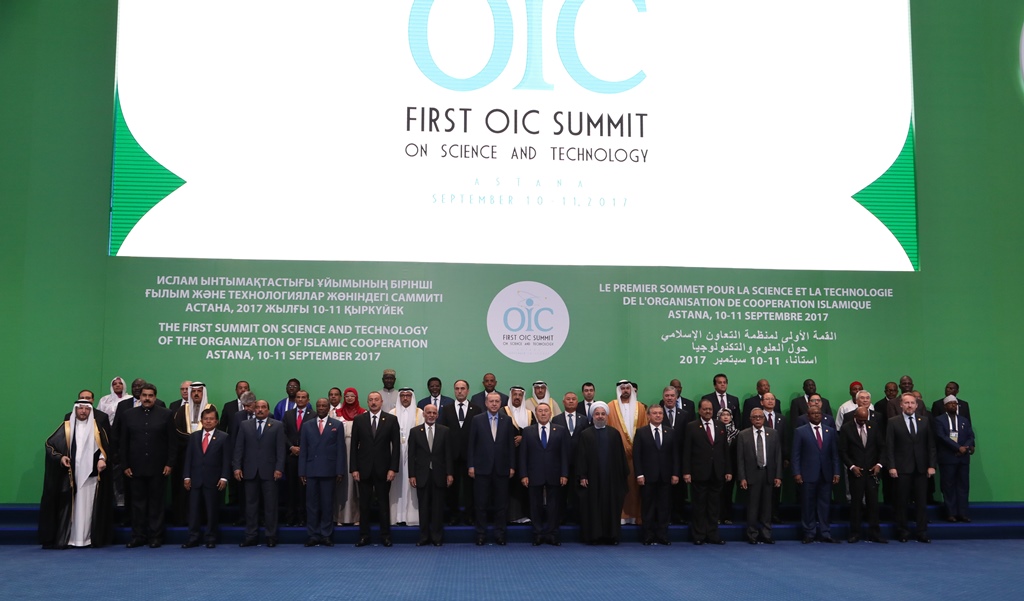 The Islamic world’s first ever Science and Tech summit, which ended last night in Astana, Kazakhstan, involved heads of state and government ministers from 56 Muslim majority nations. All countries pledged to increase investment in science as a way of addressing energy, food, water, health and climate change challenges. The summit included the presidents of Turkey, Pakistan, Bangladesh, Uzbekistan and Afghanistan among others.

The countries have pledged to reduce greenhouse gases by targeting 10% renewable energy shares in the national energy mixes of the Organization of Islamic Cooperation (OIC) States by 2025.

The countries will also design and develop energy storage systems such as fuel cells and batteries using lithium-ion and vanadium redox technolgies for small storage applications.

OIC assistant secretary general for Science and Technology ambassador Naeem Khan, said: “As more people in the Islamic world emerge out of poverty, energy demand is increasing. This is being aggravated by climate change, with many OIC countries inhabiting climate-sensitive regions already facing desertification and degradation of land and water. Several studies have also shown a link between climate change and the subsequent effect on drought, food prices and the outbreak of conflict.

“Energy consumption and production is a major challenge in the Islamic world where many of the OIC’s 57-member states are well placed to harness the power of renewables, yet also still rely heavily in traditional fossil fuels.”

“In order for OIC member states to create a diverse energy mix that incorporates renewable energies, scientific and technological advancements will be essential. That includes advancements in energy storage technologies, greater use of distributed microgrids to integrate renewable energy and research efforts into solar cell efficiencies.”

The declaration can be found here.