Phoenix Solar returns to profit in 2016 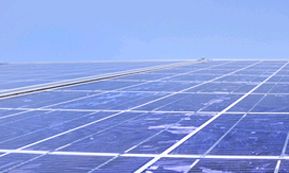 Germany-based PV systems integrator Phoenix Solar has reported a return to operating profit for the first time since 2010, with earnings before interest and taxes (EBIT) at €0.6 million (US$0.64 million), up from losses of €1.6 million last year.

Gross margins also grew to 12.6%, up from 8.4% in 2015, which the company partly attributed to investments made in its global supply chain during 2016. Phoenix said it was able to achieve this despite “massive downward pressure” on system prices in all its markets.

Sales in the US market grew 11% to €108.7 million, but the firm claimed sales were held back by an eight-month construction delay on one of its large-scale projects. EBIT in the US was €4.6 million, more than double last year’s.

Phoenix also grew in the Middle East, more than doubling revenue to €20.7 million from €8.4 million, having secured a strong market share in Turkey. The firm had also established a wholly-owned subsidiary in Ankara, Turkey. EBIT in the Middle East came to €0.6 million in the year.

The company generated a small loss of €0.2 million in the Asia Pacific region, while revenue grew slightly to €9.0 million.

Phoenix also made a small profit of €0.4 million in a weak European market, where the industry has been hindered by uncertainty around government policies. Despite tough conditions, Phoenix said it would maintain its presence in its European subsidiaries and has made “modest investments”. The firm sees strong future opportunities in both France and Greece.

Tim Ryan, Group CEO at Phoenix Solar AG, sid: “Our revenues grew at a reasonable rate in 2016 and for the first time in several years we are able to report a positive EBIT result, with cost controls, supply chain efforts and absolute discipline on project margins being the main contributors.”

6 June 2023
Join us in Napa to unlock the key to reliable PV module supply to the U.S. market in 2023 & 2024. We'll also be gathering the main players in the US solar market for some wine tasting!
financial results, phoenix solar, us