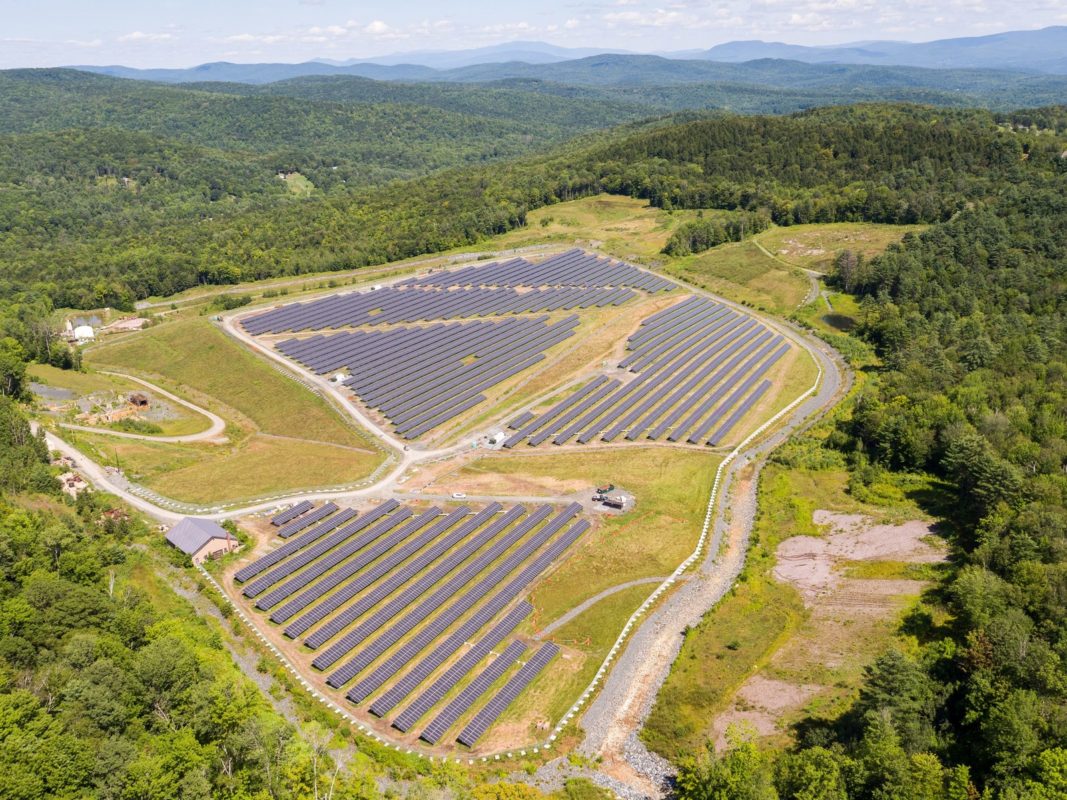 Greenwood Energy has closed on $52.8 million of tax equity and debt financing for a 26MW portfolio of solar PV projects.

Greenwood Energy now has an 84MW solar portfolio in the US, made up of six projects in Florida, Vermont and New York.

Construction of the Florida and Vermont projects is complete with energy expected to start to be supplied imminently. The New York projects are advanced in their construction phase and will be commercially operational in early 2018.

Comprised of 3,392 high-efficiency SunPower E-series solar panels, the 1.1MW PV installation at Port Chester is expected to generate 1,274,975 kWh of clean electricity per year and offset 940 metric tons of greenhouse gas emissions annually — standing as a reduction in CO2 emissions equivalent to 2,252,321 miles driven by an average passenger vehicle.

Upon completion of the entire Jetro’s project, all four installations will represent a combined generation capacity of 4.2MW.

Energy technology company Power Ledger announced Monday that it has raised US$13.6 million in the pre-sale stage of its initial coin offering (ICO), which was sold out in a little over three days.

Dr. Jemma Green, co-founder and chair of Power Ledger, said: “We are absolutely thrilled with the results of the public presale. Selling out in just over three days is a very strong performance in line with global ICO standards, which speaks to the strong levels of interest from consumer and institutional buyers.”

Power Ledger co-founder and managing director Dave Martin added: “Demand has significantly exceeded our expectations. As the first Australian ICO, we’ve been breaking new ground, and have been unable to rely on precedent to help us set targets. We initially hoped to conservatively sell up to AUS$20 million, but the strength of the market response has been absolutely phenomenal.”

Mecasolar and Seiso partnership in Turkey

The Spanish multi-national and the Turkish supplier have developed a cooperation that will strengthen its position and will meet the local initiatives, enhancing economic competiveness and creating a strategic global hub that will serve the national market and beyond, according to a Mecasolar release.

Alexandros Giannis, CEO of Mecasolar, said: “We are all very proud to announce the collaboration with Seiso that will expand and localize industrial value chains in Turkey. Our roots are deep, and today with our partners, we are growing in a new and visionary way.”

Halil İbrahim Dag, managing director of Seiso, added: “This partnership aligns with our core strategy on many fronts and can help provide our mutual customers with superior quality and value.”

29 November 2022
PV ModuleTech EMEA in Madrid on 29-30 November 2022 will address the factors underpinning the changing PV module landscape, gathering together all the key stakeholders across the value-chain from module production to field testing. Join us for presentations from the leading players in the sector, clearly identifying the opportunities and challenges set to impact module supply to Europe and the Middle-East over the next few years.
australia, greenwood, mecasolar, new york, power ledger, project financing, ross solar, seiso, tracker, turkey, us, usa