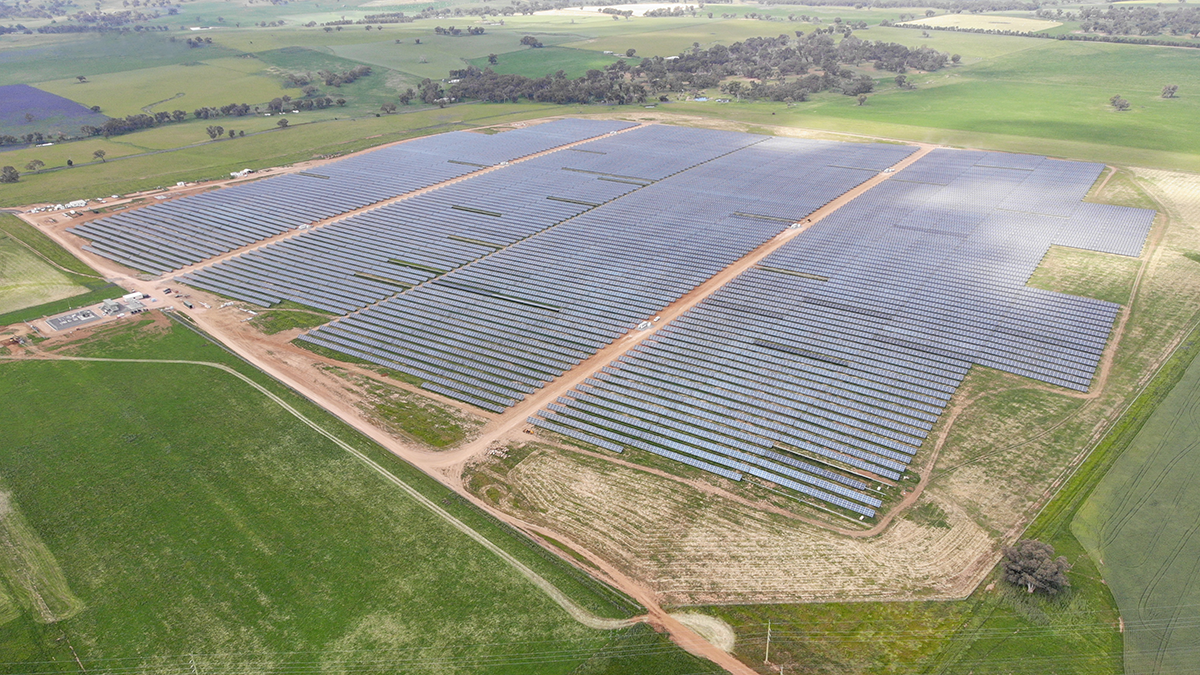 27 January: VivoPower International PLC has completed the electrical works for the 39MWdc Molong Solar Farm, located outside the town of Orange in New South Wales, Australia.

Phil Lowbridge, general manager of J.A. Martin, said the company is proud to have successfully completed another large solar project and “to have reached yet another milestone for our solar business”.

“We look forward to continued growth in this area as we build on our relationship with GRS and strengthen our position as a leading provider of solar solutions in Australia.”

The projects add to the company's – a subsidiary of publicly traded German renewable energy company PNE AG – growing pipeline of solar, storage and onshore wind under development. In the US, PNE has now developed and sold more than 425MW of utility scale solar and wind energy projects.

Karl Dahlstrom, CEO of PNE USA, said the acquisition was testament to the company’s belief in the future of renewables in the US.

“With a strong commitment from PNE AG, as well as an experienced team and a balanced portfolio of development projects, we are well positioned for success.”

The solar plant is expected to generate approximately 120 million kilowatt-hours per year, and will operate under Talettutayi Solar Project's Five Private Limited 25-year Power Purchase Agreement with the state government.

SolarArise – which is backed by GEEREF, CIIF and ThomasLloyd Group – currently has a portfolio of 384MW, including six operation plants across four states with a capacity of 234MW and a further 150MW of projects already funded.

The plant is the company’s fourth successful development of solar PV in Australia and forms part of a 1.2GW portfolio of energy developments completed by EEW in Europe and Australia in the last decade.

Svante Kumlin, CEO of EEW, said the company was “delighted” to have completed the sale of the project.

“It marks yet another significant milestone for us in Australia and we have been pleased to work closely with our partner to make this happen.”

The Rockhampton solar PV site is located in eastern central Queensland, and is expected to produce approximately 487GWh of energy annually.