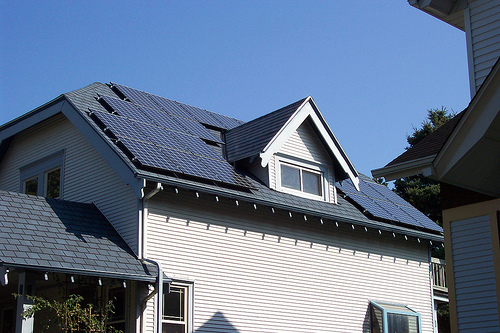 The Solar Energy Industries Association (SEIA) has dismissed Fitch warnings that propose net metering could damage the creditworthiness of utilities as “old news and bad analysis”.

Earlier this week, Fitch Ratings, one of the US’ ‘Big Three’ credit rating agencies, warned of a “death spiral” directly related to net metering, since the mechanism was analysed as posing a credit challenge for investor owned utilities (IOUs).

As solar PV deployment rapidly accelerates in the US, net metering (NEM) policies that credit surplus energy transmitted into the grid at retail rates were portrayed as needing alteration “to incorporate a larger fixed charge component.”

The SEIA disagreed. “This is old news and bad analysis. State public utility commissions and other researchers have repeatedly found that the benefits of distributed solar equal or exceed the costs to electric ratepayers,” said Sean Gallagher, vice president of state affairs at SEIA. “Rather than using rates to slow down the solar revolution, utilities and regulators can help bring about a sustainable distributed energy future that aligns customer behaviour with system needs.”

Despite being met with mixed reception across the nation, net metering on the whole has been praised by the solar industry, despite conceding that rate structures may be in need of reform.

“NEM policies promote the deployment of customer-sited distributed solar generation in many markets. However, NEM and rate design, inherently linked, need to evolve to transparently allocate costs and benefits, compensating all parties for their value contribution,” said the Smart Electric Power Alliance (SEPA), in a statement. “This transition will only be effective when utilities, the solar industry and customers collaborate to create a sustainable solar distributed generation marketplace.”

Unfortunately, blaming retail net metering for jeopardising utility welfare is nothing new. Utilities have long been arguing that the scheme causes an imbalance as rooftop solar consumers are ‘subsidised’ to use the grid by the rest of the utility’s ratepayer base.

Last month, Arizona Public Service (APS), attempted to oust net metering and replace it with a mandatory demand charge and a lower volumetric charge; insinuating that net metering was outdated: “It’s time for our industry to adapt its pricing model to reflect new energy technologies and the changing way customers are using electricity,” said Don Brandt, CEO of APS, in a statement at the time.“There will be the usual naysayers who want to protect the status quo for their short-term financial gain, but Arizona has delayed too long already.”

Illinois’ ComEd attempted to implement a controversial ‘Next Generation Energy Plan’ which would have also introduced a demand charge. For their part, regulators in Hawaii and Nevada effectively eliminated net metering as it was known.

Those measures were purportedly to the benefit of the utilities, but have had the opposite effect on solar progress in those states. Hawaii recently downgraded its solar industry outlook to ‘stormy’; whilst Nevada has been plagued by backlash against the decision – with key solar developers boycotting the state and consumers engaging in frequent protests.