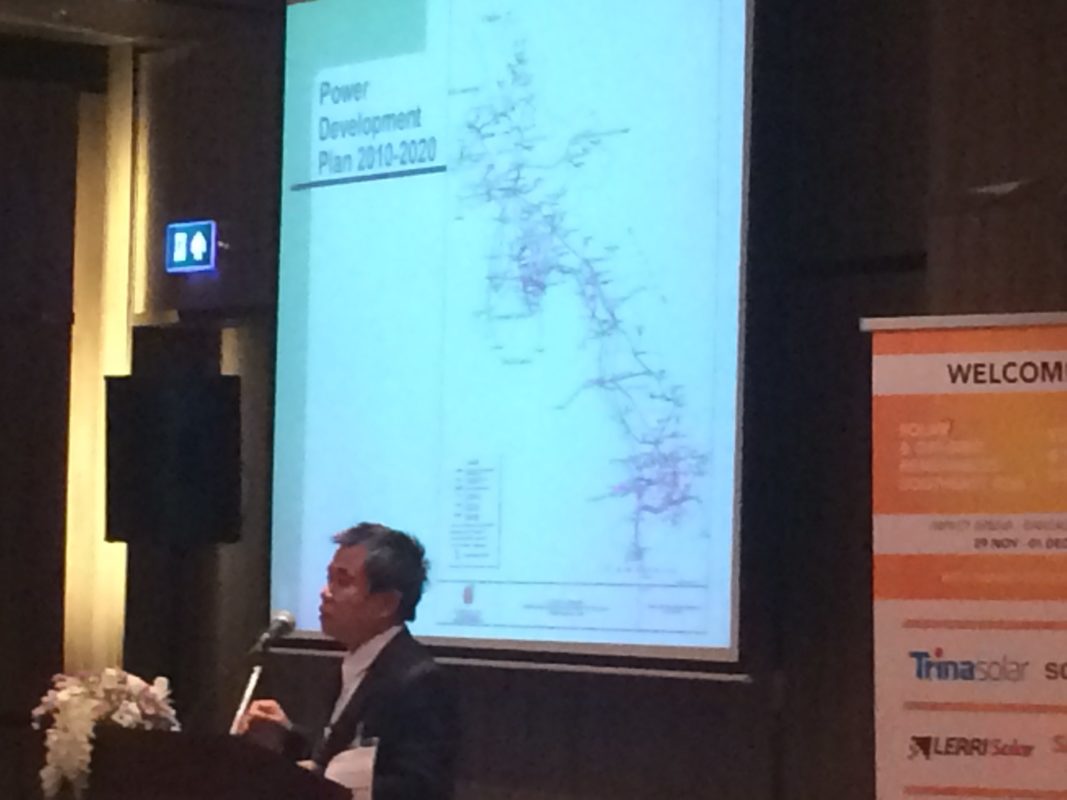 Household solar systems have taken hold in Laos, but PV deployment on a grand-scale is being held back by a focus on hydropower, according to delegates at the Solar & Off-Grid Renewables Southeast Asia Event in Bangkok.

A total of 30,000 solar household systems already installed in the country under its Rural Electrification Fund, according to Anousak Phongsavath, deputy director general, project manager, Rural Electrification program-phase 2, Institute of Renewable Energy Promotion, Ministry of Energy and Mines Lao PDR. He also touted the benefits of off-grid solar in reaching the isolated areas of Laos as the country targets reaching 100% electrification by 2025, from its current levels of 92-95%.

Phongsavath said: “We’d like to see participation of private companies and other players to take part in this.”

However, Andy Schroeter, chief executive, Sunlabob Renewable Energy, said the introduction of solar will be difficult over the next couple of years due to the government’s focus on hydro. He said the energy minister is against solar given the strong potential for hydro and the need to incentivise solar. As a result, there has been very little movement on solar for the last few years.

Schroeter added: “We need more power to convince the government.”

On the other hand, Phongsavath said there is potential for 511MW of solar in Laos.

The off-grid programme with a solar focus was introduced to grow the rural economy and alleviate poverty. The government is also trying to promote solar roofing in the city of Vientiane, especially since electricity tariffs are rising each year and awareness of solar is growing as a result. Solar household systems tend to come under a hire-purchase model involving a 10-year payback period with no interest.

Phongsavath also said there is a focus on trying to connect solar with hydro.