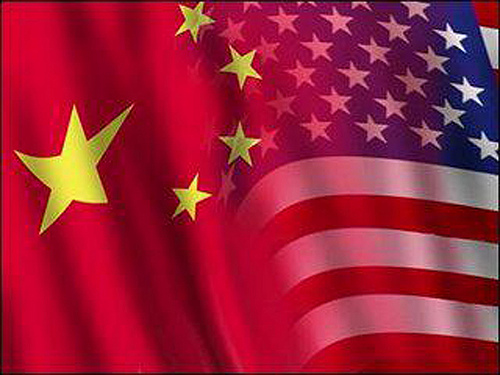 The US Department of Commerce has upheld its preliminary ruling that SolarCity’s Triex cells were included within the scope of the anti-dumping duties, in a memorandum dated 17 June.

SolarCity’s claim that its products should be excluded from the scope of the order as the Silevo modules are manufactured with a c-Si substrate, and the substrate is not what defines a cell, was ultimately rejected, after a thorough analysis of the information put forward by both parties after the initial ruling.

The memorandum states that the Triex cells are to be included within the order means that any Silevo products imported from China to the US will have to pay duties upfront at customs; reducing the competitiveness of the product.

SolarCity had argued that the “essential criteria for assessing whether a solar cell can be characterised as ‘thin film’ for purposes of the Orders” is whether “the cell derives all of its photovoltaic function from successively applied layers of amorphous silicon, and cannot function if some of those layers are removed”.

Conversely, SolarWorld rebutted that the conversion efficiency of Triex cells is much more comparable to subject CSPV cells than to “true amorphous silicon thin film products”. They also put forward an argument that the solar absorber (or solar absorbing material) is the “fundamental part” of a PV device as it enables the conversion of light into electricity – and the “primary absorber and dominant contributor to carrier generation” in Triex cells “is the crystalline silicon substrate, not the thin film layers of amorphous silicon”. Futhermore, SolarWorld emphasised that the “solar absorbers in a true thin film product…are the thin film layers themselves, not the substrate on to which the thin film layers are deposited”.

The plain language of the scope of the Orders excluded “thin film photovoltaic products produced from amorphous silicon, cadmium telluride, or copper indium gallium selenide”. So the clinching factor the ruling rested on was whether Triex cells could be classed as such.

Analysis of the final ruling

Despite the argument that Triex cells should be excluded from the scope of the orders because they contain functional thin film layers, the Department of Commerce held that it “unreasonably presumes that when thin film components are used, all other components in the cell are irrelevant, including a crystalline silicon component”.

Commerce also writes in the memorandum that they “do not believe this is a reasonable interpretation of the language of the scope, and we find no support in the descriptions of the merchandise contained in the Orders, the initial investigation, or the prior determinations of either the Department or the ITC for such an expansive interpretation of the ‘thin film’ exclusion”. It also determined that the Triex cells could not be excluded given that they contain a crystalline silicon component that “contributes to their photovoltaic function”.

In reaching the final ruling, the Department addressed the “unconsidered” facts listed by SolarCity – including the company’s concerns that the Department did not address evidence that CSPV products and thin film products are separate “like products”. However, a significant portion of the final scope ruling was focused on whether Triex cells are subject CSPV products or, alternatively, can be excluded as thin film products – holding with SolarWorld’s argument and concluding that as the primary solar absorber in Triex cells is the crystalline silicon component, they should be classified as CSPV cells, and thus included within the scope of the Order.

25 April 2022
PV CellTech will be held in Europe for the first time! Join us in Berlin to explore the industry transition to n-type mass production. The event concentrates on presentations only; these forming an almost overload of pertinent facts and details to help anyone looking at forming their internal roadmaps for the next few years regarding PV technology trends.
a-si thin film, c-si manufacturing, china, pv celltech, silevo, solarcity, solarworld, us, usa