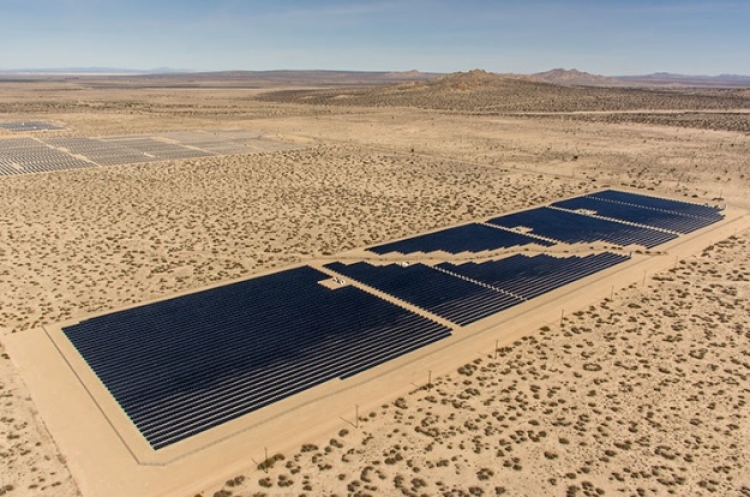 That commitment will help support the ongoing construction of the 620MWdc installation, billed as the largest solar project east of the Rockies.

Wells Fargo’s Renewable Energy & Environmental Finance group is the source of the finance, claimed by sPower to be one of the largest standalone tax equity commitments in the solar sector’s recent history.

Debt commitments for the project are expected to close in the coming weeks.

The project is also sPower’s largest project to date. Located in Spotsylvania County, Virginia, the project is currently under construction with phases set to come onstream later this year through summer 2021, when it is slated for completion.

It has been in the pipeline for a long time. SPower received approval for it from Spotsylvania’s board of supervisors in April last year, overcoming weeks of opposition from the local community.

And now Brian Callaway, VP for structured finance and M&A at sPower, said the Wells Fargo deal was “momentous” for the company.

“Finalizing this deal now, for an asset this large, signifies confidence in the future of not only our company but also in the industry,” he said.

The timing of the deal also coincides with the state of Virginia emerging as a potential destination of huge quantities of renewable power generation and, in tandem, finance.

Last month Virginia’s Clean Economy Act cleared its final hurdle when the US Commonwealth’s Governor Ralph passed it, establishing a target of deriving 100% of Virginia’s power from renewables by 2050.

The Act includes a number of measures in support of solar, include support for rooftop installs and the phase-out of fossil fuel generators.

15 September 2022
Bifacial PV modules will be the dominant solar PV technology globally within one or two years; in the utility-scale sector, their market share is already above 70%. This webinar will provide a clear view on the successful implementation of bifacial technology, maximizing system performance and minimising LCoE.
financedigital, financing, investment, pv power plants, spotsylvania solar, spower, tax equity, us, virginia, wells fargo