Following Lin Jianwei’s founding of Jolywood in 2008, the following twelve years can be divided into two distinct periods, each of six years, with the outstanding milestone in 2014 when the company went public in the capital market.

During the first six years, when many solar companies struggled, and especially between 2011 and 2013, Jolywood made its way to IPO with a focus on backsheets. Then, instead of continuing to specialise on backsheets alone, the company expanded into cell and module manufacturing.

Today, Jolywood has accumulated global backsheet shipments of 100GW and established an n-type bifacial cell and module capacity of 2GW, becoming a global leader in the first former sector and the world’s largest N-type TopCON cell manufacturer, with total assets of RMB8 billion (US$1.2 billion).

In an exclusive interview with PV Tech, Lin Jianwei explored Jolywood’s development over recent years, and what the future holds.

The backsheets, n-type mono bifacial cells and power plant development have become the three pillars of the company’s business. Since any company’s progress depends on its management’s vision and long-term strategic planning, Jolywood identified the development of N-type cells — with the market at the centre – as central to its future strategy.

Having achieved success with backsheets, Lin and his team were looking at other industries when they had a discussion on whether to pursue a technology-centred or market-centred path, finally opting for the latter.

Lin believes the ongoing development of solar technology is inevitable. The fact that the cost of cells is measured by watt, while that of other materials in the industry chain is measured by weight, indicates that the cell is the core. Those who succeed in the cell sector contribute most to the industry; those who improve cell efficiency enjoy a decrease in overall cost.

A fund-raising announcement in 2016 marked the company’s entry into the high-efficiency mono cell sector, specifically highlighting the n-type cell that was cutting-edge at that time.

Once the decision had been taken, Lin Jianwei and his team undertook an in-depth study into the technology behind high-efficiency cells, analysing R&D and equipment as well as every manufacturing process to gain a comprehensive understanding of what was involved.

I believe the cell industry has limited prospects if it relies purely on imported equipment or homogeneous domestic facilities. The cell manufacturer must grasp the technology itself.

“I visited a lot of places over two years. I believe the cell industry has limited prospects if it relies purely on imported equipment or homogeneous domestic facilities. The cell manufacturer must grasp the technology itself. I think an all-round consideration must be in place, from process, structure and equipment to material. One needs to master the core elements to avoid a limiting stranglehold, and one should not seek to be identical to others either,” said Lin.

As the first company to enter n-type TOPCon mass production, Jolywood paid a higher price compared to later entrants. While the N-TOPCon production line Jolywood built in earlier years cost as much as RMB1 billion (US$150 million) per GW, the investment for the same today has fallen to RMB200 million (US$30 million).

Lin continued: “The investment on the first GW of N-type was around 0.7-1 billion, even more expensive than HIT today. The price was abnormally high. Then, through R&D in cooperation with domestic equipment providers, we reduced the cost from RMB700 million to 200 million per GW, close to that of PERC more or less.

“We offered great support towards realising domestic production of equipment, which significantly reduced the facility investment costs. This is demonstrated especially by the recent release of J-TOPCon 2.0, which not only achieves the same high efficiency as N-HIT and resolves the pain point of TOPCon by taking advantage of some N-HIT technology, but also enjoys a cost as low as PERC. Its efficiency in mass production is 24% now and is likely to hit 24.5% by next year. The cost is only slightly higher than that of PERC, and we are aiming to close the gap within 2 years. I think it’s an important contribution to the industry.”

With its commitment to TOPCon greater than any other company, Jolywood has gradually built up its advantage in this field through six years of development and patent accumulation. Jolywood’s n-type cell capacity is now over 2GW, and the company has also achieved the highest TOPCon efficiency in terms of mass production. TOPCon technology has drawn considerable attention from the industry due to its recent application in Chinese Top Runner projects located in Sihong, Baicheng, Zhangjiakou and other locations in the country. In the meantime, Jolywood has also promoted the large-scale application of n-type products in the Middle East and Europe, including in the residential sector.

However, this has represented a considerable challenge. The n-type high efficiency business relied heavily on the support of backsheet related revenue in its early stages of development, and only in 2019 did its financial performance start to take on an upward trend.

Lin expresses no regrets about such decisions. He believes the company’s cell strategy in the last six years has been proven to be correct, as has been the development direction. Jolywood has, as a result, gained a more profound understanding of the industry’s development trajectories after its entry into the cell field, while also discovering new ideas for future development.

Lin concluded on the cell business: “We will stick to it and do better. Jolywood will continue on its own path in developing n-type technology, from N-PERT to N-TOPcon, and then on to n-type TBC and n-type TBC with perovskite.

“The cell business is doing well now, and this year many companies engaged in the p-type field have also turned to n-type R&D and manufacturing. I think n-type cells will have better and better prospects from this year on.”

The integration of distributed stations and bifacial

Suzhou Jolywood Minsheng Energy Co., an affiliate of the Jolywood group, is responsible for the residential business. Combining the development, design, construction, operation and maintenance of distributed solar stations, the company is committed to establishing itself as the country’s top brand for a green energy B2C service.

Jolywood Minsheng Energy operates an agent-share arrangement with 150 partners country-wide under the scheme. The expectation this year is 300MW, with 500-600MW the goal for next year.

According to Lin, as rooftop resource is limited, it is particularly important to increase the power generated on each rooftop that installs a solar system. Existing projects indicate that TOPCon modules generate more power than other products and the gap is higher than 10%, in some places even as high as 20-30%.

“Feedback from clients supports this: ‘our station starts to generate power at 5 o’clock in the morning, while others’ don’t; our station is still working at 5 or 6 o’clock in the afternoon, while others have stopped.’ What is the reason? It is because TOPCon modules have a stronger response to dim light; that is to say, they can generate power in a low light environment, not only cloudy or rainy days, but also at dawn and dusk. The panels are similar in appearance. People see their colour and shape, not the underlying elements, including the temperature coefficient, which is low in Jolywood’s products, as is attenuation.

“Take the power plants in Hainan as an example. Data shows that with other modules, the power output drops sharply when the temperature rises. It could drop by 0.5-0.6% with a 1℃ increase, while with Jolywood products it only drops by 0.3%. If the temperature rises around 20-30℃, the output drop with Jolywood modules could be 9%, while with others it is 15%. The 6℃ difference is a considerable loss in the full life cycle of a project,” Lin says.

These discoveries come from the integration of its cell and distributed energy businesses, while they also shed light on Jolywood’s traditional business — the backsheet. In fact, Jolywood was the first company to suggest the idea of a transparent backsheet.

Lin believes that “being prepared ensures success and being unprepared spells failure”. Jolywood foresaw the trend of the bifacial era and developed the transparent backsheet in collaboration with DuPont. Moreover, the company upgraded its transparent backsheet technology this year, solving a UV blocking issue and bringing new momentum and opportunities for transparent bi-faciality.

“The value of the transparent backsheet when applied in stations will be more evident in the future. Its cost will further decrease with larger scale. The whole industry will benefit from the new technology. These are my expectations for the future development of backsheets.”

Lin thinks the combination of backsheet and glass implies a philosophy of “tempering force with mercy”. The 2-3 decades of experience in the module industry indicate the backsheet+glass package is a classic structure, while many problems have already been observed over the shorter period of double-glass application.

“So it has nothing to do with the price of glass, no matter how high or how low it is. It is a passing wind, an illusion. It is just a question of whether the structure can withstand the test and win over the next 2-3 decades. On this point, obviously the traditional leading module manufacturers have more experience and influence,” said Lin.

According to Lin’s plan, Jolywood will develop the three elements of “auxiliary materials, high-efficiency cells and solar applications.”

The leading position in the backsheet business should be maintained, and new achievements in three areas should be made – namely market share, technology level and cost reduction as a contribution to the industry. He also plans to enhance the high-efficiency n-type bifacial cell business and expand the production capacity accordingly. This will present a challenge for both Jolywood and Lin personally but, if the company is to grow stronger, it is one that must be overcome.

Lin continued: “Although we are the largest producer of n-type TOPCon cells, our investment in power plants is relatively modest. What some are dissatisfied with is our slow capacity expansion.”

That said, Lin emphasises that, instead of worrying unduly over scale, Jolywood wishes to become an organisation which retains an edge with its advanced technology in the cell sector.

“A good control of technology direction, level and scale of expansion, achieving the closed loop of technology and business modes, as well as maintaining the capability to upgrade, this is what I consider to be the future development path for the company. It will take time, but I believe as long as we do well in our three pillar businesses, another six-year endeavour will bring Jolywood to the next level,” Lin concluded. 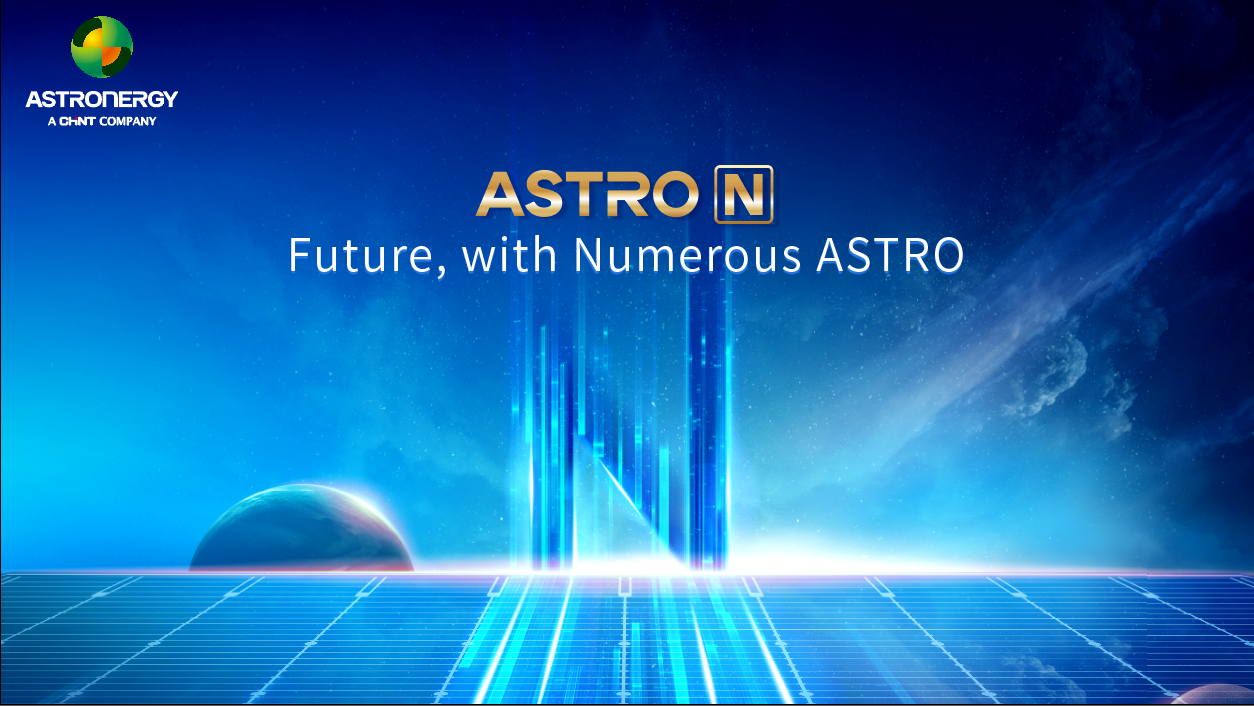 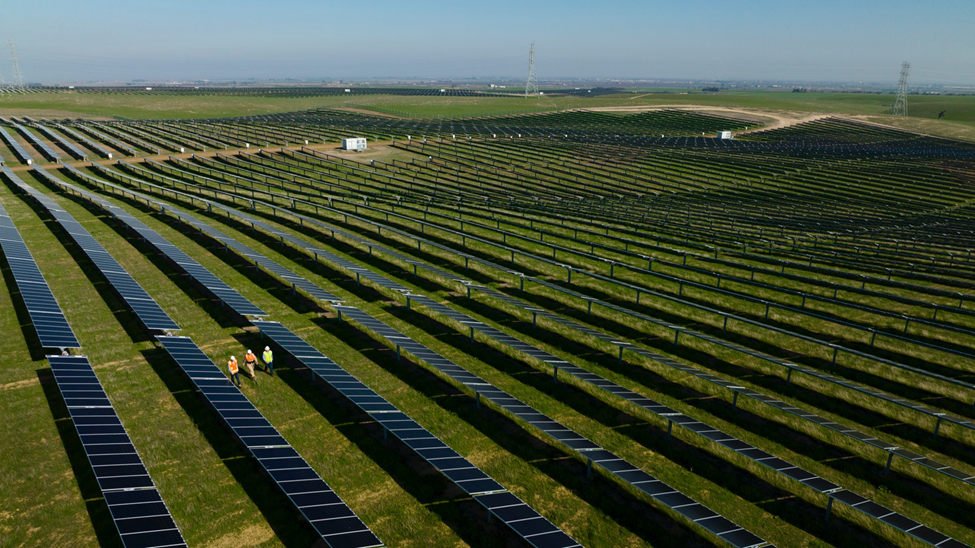