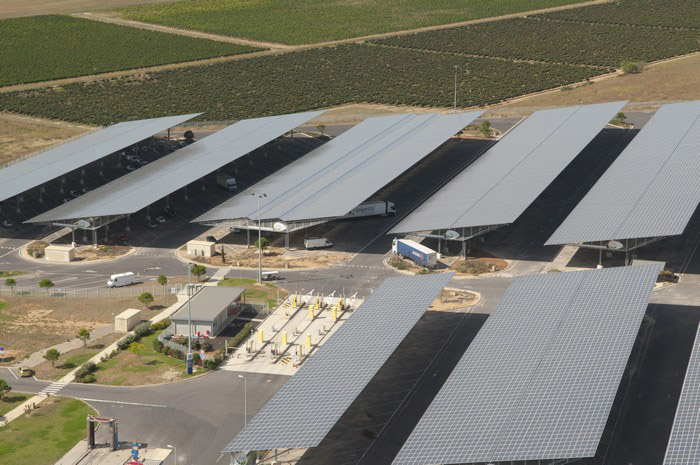 Total Quadran has enlisted a French financier to pump new capital into an up-and-running renewable energy portfolio, split between 40-plus projects across the country.

The firm, the French renewable subsidiary of oil major Total, said on Tuesday its 143MW fleet of operational renewables has been refinanced by Banque des Territoires.

The deal means Banque des Territoires – a regional investment unit of banking giant Caisse des Dépôts – now owns a 50% stake in the portfolio, valued at around €300 million (US$330 million).

The recapitalised portfolio features 35 solar farms (47MW all in all) and 11 wind installations (96MW all in all), Total Quadran said in a statement.

The arrival of Banque des Territoires as stake owner is “in line with [Total’s] renewables development business model, aiming to achieve over 10% return on equity”, said Philippe Sauquet, who heads up Total’s Gas, Renewables and Power unit.

Total Quadran said it intends to re-invest proceeds from the refinancing in new renewable energy ventures in France, where it already runs 300-plus plants representing 900MW in combined capacity.

The overall Total group, an oil and gas giant employing 100,000 people worldwide, is working towards a target to reach an installed renewable portfolio of 25GW by 2025.

The group’s solar plays come via Total Quadran – the developer of solar-plus-storage hybrids in the French overseas territory of New Caledonia – but also Total Solar, which is active worldwide.

The firm is one of two names behind a PV project in Qatar, contracted at tariffs – QAR0.0571/kWh (US$0.01569/kWh) – being described as a new global record for the industry.