‘Tremendous opportunity’: SEIA calls for 100GW of US green energy manufacturing capacity by 2030 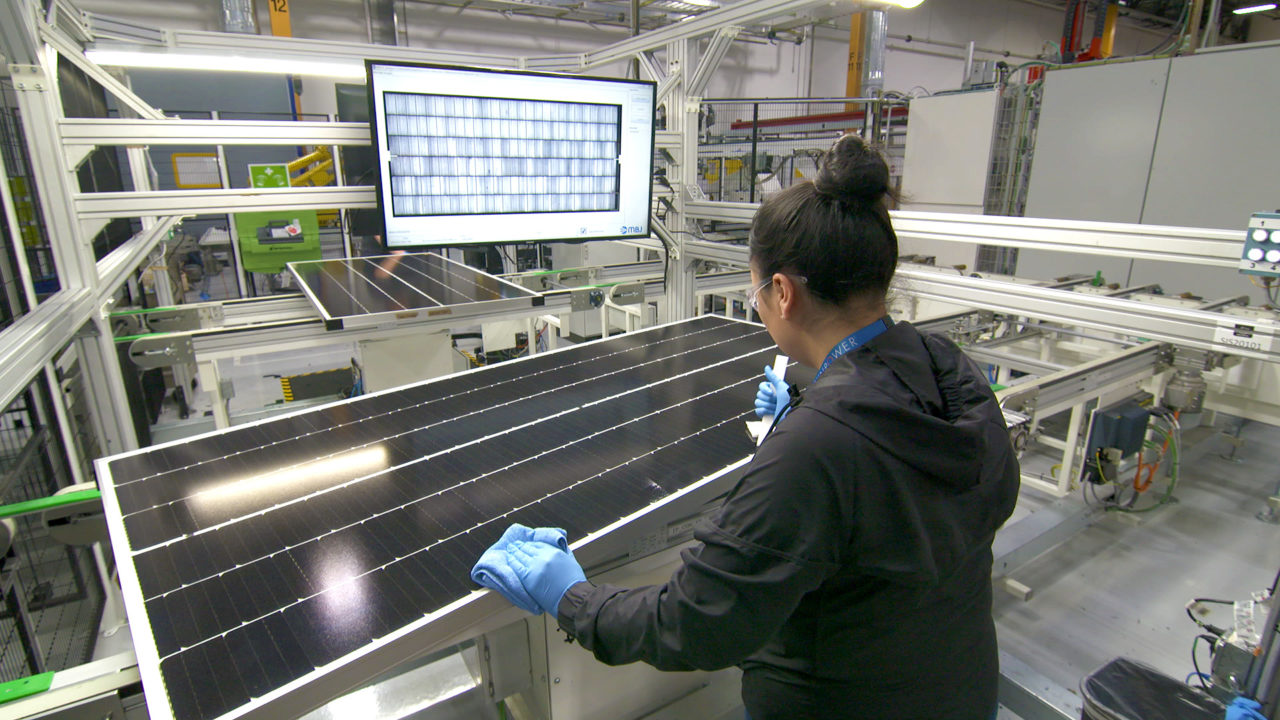 The US should aim for 100GW of annual domestic renewable energy manufacturing capacity by the end of the decade, with a focus on solar, wind and energy storage, the Solar Energy Industries Association (SEIA) has said in a new report.

While the broader US solar industry flourishes, with rooftop installations soaring in recent years, the manufacturing sector has languished as domestic players face fierce competition from abroad.

The trade body has called for a comprehensive package of state and federal investments to unlock the “tremendous opportunity” that exists to develop the US solar manufacturing base across a broad category of products.

To reach the 100GW target – which is in line with SEIA’s ambition for solar energy to constitute 20% of all US electricity generation by 2030 – the country will need to significantly expand manufacturing investments. SEIA says as of June 2020, polysilicon capacity exceeded 20GW in the US, and it is estimated 7GW of solar panels can be assembled per year, enough to meet roughly one-third of domestic market demand today.

In terms of energy storage, the US has a growing manufacturing base and the world’s highest-volume battery plant in the world, Tesla’s 20 GWh per year Gigafactory Nevada. However, the domestic availability of key metals for batteries, including nickel, manganese and cobalt is said to be limited.

SEIA’s report says that while US renewable energy industries currently employ hundreds of thousands of Americans, the past decade has exposed the challenges manufacturers face from global competition and foreign government intervention in export markets.

It points to an “existential crisis” that US polysilicon manufacturers face due to a lack of domestic customers for their products. These manufacturers have had their access to China limited since 2013, when the country introduced tariffs on imports of American-made polysilicon in retaliation for an initial tariff put in place a year earlier by the US on Chinese panels. However, China agreed to reopen the doors for US-made solar-grade polysilicon earlier this year under the first phase of a new trade agreement between the countries.

The report says: “It is essential to the nation’s continued economic health, global competitiveness and energy security that we are not overly reliant on imports.” Long-term incentives should therefore be introduced to support the growth of US renewable energy manufacturing and encourage both American and foreign manufacturers to invest in US production capacity.

In the face of overseas manufacturers receiving support from local and state governments in the form of direct subsidies and low-cost loans, SEIA said the US government must also invest in its manufacturers if they are to compete.

The trade body stressed the importance of long-term investments that include both supply and demand incentives as one without the other “cannot sustain a strong US renewable energy manufacturing base in the face intense global competition”.

Some of the proposals put forward to incentivise investments include: low-interest loans, refundable tax credits for investments in US manufacturing facilities, export loan guarantees competitive with foreign government programmes and a specific initiative to help transition fossil fuel workers to solar. A federal renewable energy bank that would help secure low-cost capital for green energy manufacturers is also suggested.