Trina Solar has announced the global launch of ‘TrinaPro Mega,’ the latest version of its PV utility-scale complete turnkey product solution featuring modules with power output exceeding 500W, notably its ‘Vertex’ ultra-high-power module, launched earlier in 2020. TrinaPro Mega has been designed to deliver an optimized solution for the application of Vertex modules, including in bifacial form, in the new era of larger and higher output modules for downstream PV power plant projects.

Based on the TrinaPro solution, TrinaPro Mega upgrades the long-string trackers for 500W-plus power modules. It integrates Vertex modules that will also facilitate the commercialization of new technologies and pave the way for the next module power upgrade to 600W and beyond. Trina Solar's independently developed TCU, smart tracking algorithms and SCADA monitoring systems enable a variety of application scenarios defined by complicated geography, uneven terrain and wind speeds. According to Trina Solar, the 500W-plus Vertex series module, compared to its 450Wp module, can reduce BOS costs by 11.7% and LCOE by 7.2%, based on a simulated PV power plant using trackers located in a high-irradiance location such as Spain. Total area efficiency increases the megawatt per S.Q.M (square metre) by as much as 26%, according to the company.

Platform: The TrinaPro Mega includes upgraded software and algorithms with enhanced smart tracking capabilities, intelligent O&M features and improved SCADA capabilities. Due to the larger module dimensions as well as weight, Trina’s single-axis tracking system has been upgraded with longer tracks and patented spherical bearings, with a quick-mount design and greater structural strength and reliability. The spherical bearing design can provide up to a 30% slope adjustability. The design can also correct construction and installation deviation and limit ground settlement issues, which can be a main cause of tracker damage over the lifetime of a project. A new multi-point drive system has a self-locking function to withstand high winds and shorten the distance of torque transmission and angle deviation, providing higher consistency and lower failure rates compared to other multi-drive systems. A special cardan design has been adopted between the transmission rods to better handle terrain slope and construction deviation. An optional drive system is available to provide greater project versatility. The tracker system can accommodate up to 120 Vertex modules. This can reduce foundation costs by as much as 16%, according to the company. Further cable layout optimization has been used, due to the larger modules, which can lead to a 13% reduction in cable costs. Also new are a bifacial module tracking algorithm better suited for scattered light and rear cell characteristics to improve power generation by up to 2%. A smart backtracking algorithm enables trackers to self-adjust to avoid shading in rough terrain sites, also boosting power generation by up to 6%. DNV GL has completed the bankability certification for TrinaPro Mega.

The video below includes a detail presentation on the new TrinaPro Mega, which starts at around 17:12 minutes and ends around 39:00 minutes.

December 6, 2021
UK-based solar PV inspection and data analytics company Above details how its ‘Follow PV’ project, launched alongside the University of Essex, is enhancing the research and development of autonomous drone technology in utility-scale solar. 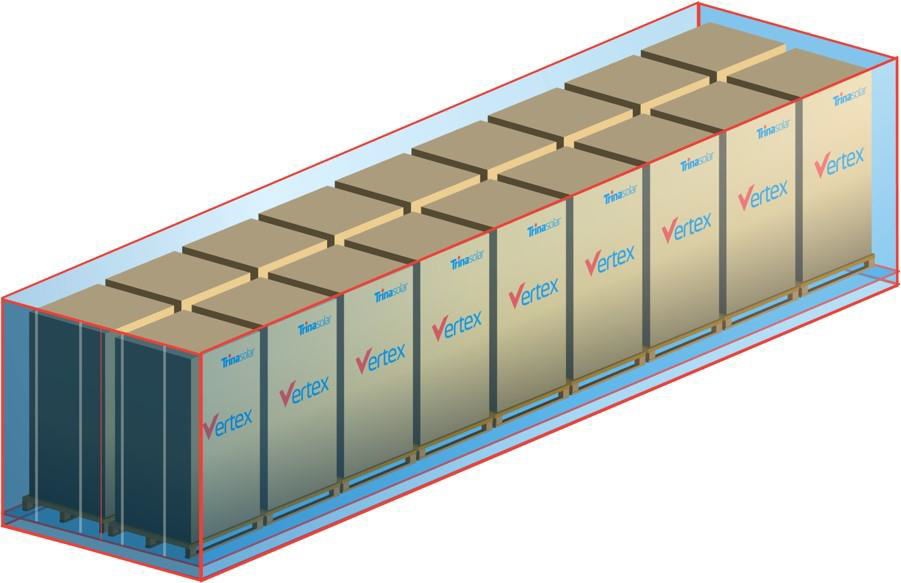 November 17, 2021
Trina Solar has revealed a new freight packing solution for its larger modules that it said will reduce the costs associated with shipping that have soared since the start of the pandemic 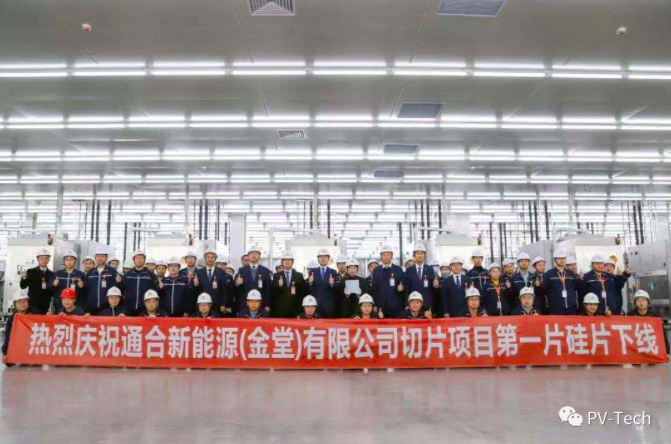 November 4, 2021
The first manufacturing line at a 15GW solar wafer and cell manufacturing facility in Chengdu co-owned by Trina Solar and Tongwei has begun to ramp.