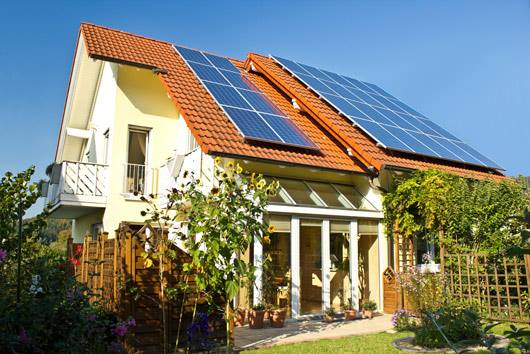 Export tariffs under the UK’s Smart Export Guarantee (SEG) are ready to go, suppliers have confirmed as the implementation date draws near.

The SEG is set to come into effect on 1 January 2020, requiring UK suppliers with over 150,000 domestic customers to offer an export tariff to hosueholds with small scale generation that do not otherwise receive an export or generation payment.

It serves as a replacement to the feed-in tariff (FiT), which was shuttered on 31 March 2019.

With just over a week left before the deadline, suppliers have confirmed to sister site Solar Power Portal that they are – in the most part – ready to go.

Whilst the only supplier to suggest a rate of its tariff – which can be anything above zero – was Utilita, with it “likely” to be between 3 – 5p per kWh, although this is  “yet to be confirmed”, a variety of suppliers have confirmed they stand ready to launch on time.

Big Six suppliers Centrica and E.On are to launch on time, with E.On to offer two tariffs come 1 January, dubbed Fix & Export v1 and Fix & Export Exclusive v1. The latter is to be exclusively for new solar customers with E.On installations.

OVO, which is acquiring SSE’s energy supply business, is to be compliant by the deadline, and SSE is to offer a tariff dubbed ‘Smart Export’ which will be available on its website on 31 December.

Octopus Energy, another challenger to the Big Six, is the only supplier required to launch a tariff to have already done so. Its Fixed and Agile tariffs have been available since April, with the Fixed tariff offering a flat rate of 5.5p per kWh and the Agile tariff a variable rate.

A spokesperson for npower told Solar Power Portal it was discussing the best approach to take to meet the SEG requirement with E.On in light of its takeover, with information to be available on npower’s website by 1 January 2020.

However, oil and gas giant Shell’s UK energy supply arm, Shell Energy, looks to be falling behind. A spokesperson confirmed that whilst the supplier is developing a tariff, it “is due to launch later in 2020”.

UK regulator Ofgem has proposed it “may use its enforcement powers” if suppliers breach requirements under the Electricity Supply Licence Conditions, and William Marks, policy lead for the SEG at BEIS, said he was “sure” BEIS would intervene if suppliers fail to launch tariffs.

Small suppliers are able to voluntarily join the mechanism but will be held against the same operational requirements as large suppliers.

The Smart Export Guarantee has not been without a hitch. The gap between the FiT and the SEG of nine months has been heavily criticised, with Rebecca Long Bailey, the Labour Party’s shadow business secretary, describing it as a “new mountain for small scale renewable energy to climb” after the SEG was announced in January.

The decision to not implement a minimum floor price has also been a point of contention, drawing ire from a number of places, including the Solar Trade Association and Conservative MP Antoinette Sandbach.