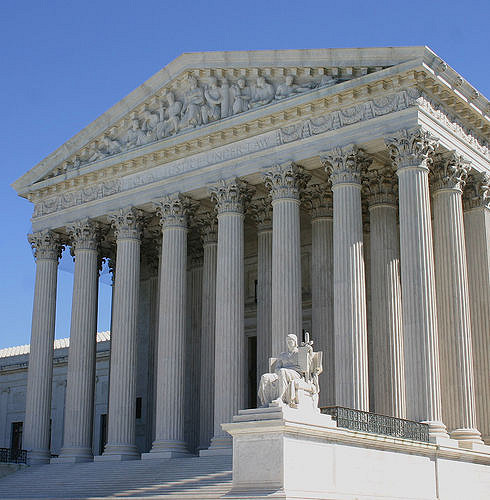 The US Supreme Court has granted a stay that pauses the implementation of the Environmental Protection Agency’s (EPA) Clean Power Plan, which aims to spur investment in renewable energy.

The Clean Power Plan (CPP), which was finalised last August by president Barack Obama and the EPA, is a set of measures designed to reduce CO2 emissions by 32% from 2005 levels by 2030. It also includes a target for 28% of the country's electricity to come from renewables by 2030.

The judgement granting the stay came in a 5/4 vote with the Democrats Justice Ginsberg, Breyer, Sotomayor and Kagan all denying the stay application.

The decision comes as a blow to Barack Obama, who just one month ago during his final State of the Union address discussed the significant progress that the country has made in adopting new sources of energy during his presidency and cited the benefits of rooftop solar on consumer’s bills.

However, in response to the Clean Power Plan, also known as ‘Carbon Pollution Emission Guidelines for Existing Stationary Sources: Electric Utility Generating Units’, 29 states as well as utilities and power companies put in an application to halt the plan.

Numerous state regulators described the plan as “the most far reaching and burdensome rule EPA has ever forced onto the States.”

They also decribed the EPA’s plan as an “unprecedented power grab” and said it is designed to “aggressive[ly] transform[] . . . the domestic energy industry”, given that it would require a significant reordering of the country’s energy mix and cause irreversible harm.

The Supreme Court granting the stay now casts doubt over how the plan will stand up in legal cases. The stay will be in place until a review by the United States Court of Appeals for the District of Columbia Circuit.

Sam Adams, director, US Climate Initiative, an arm of the World Resources Institute, commented: “The Supreme Court’s highly unusual action flies in the face of common sense. Experts agree that the Clean Power Plan is on solid legal ground and will prevail based on the merits. We expect this ruling to be only a temporary 'time out' as the plan heads to full implementation.

“The benefits of the plan are clear, far-reaching and worth fighting for. The shift to a strong, low-carbon economy has already crossed major thresholds, where energy from renewables is often cheaper than traditional fuels. We are very confident that the courts will ultimately agree with the abundant evidence of the benefits of a clean energy economy.”

Meanwhile, director of Energy Policy at free market think tank R Street Institute, Catrina Rorke said: “While it’s unclear how the legal challenge will pan out, the Supreme Court should be commended for ensuring that states aren’t forced to spend money, time and manpower to comply with a rule that ultimately may be found illegal.

“Both state and federal officials should use this time to craft more effective and efficient legislative responses to address climate change, as merely delaying action will not solve the problem. The CPP is a dramatic overreach by an activist administration and it deserves thorough legal examination.”