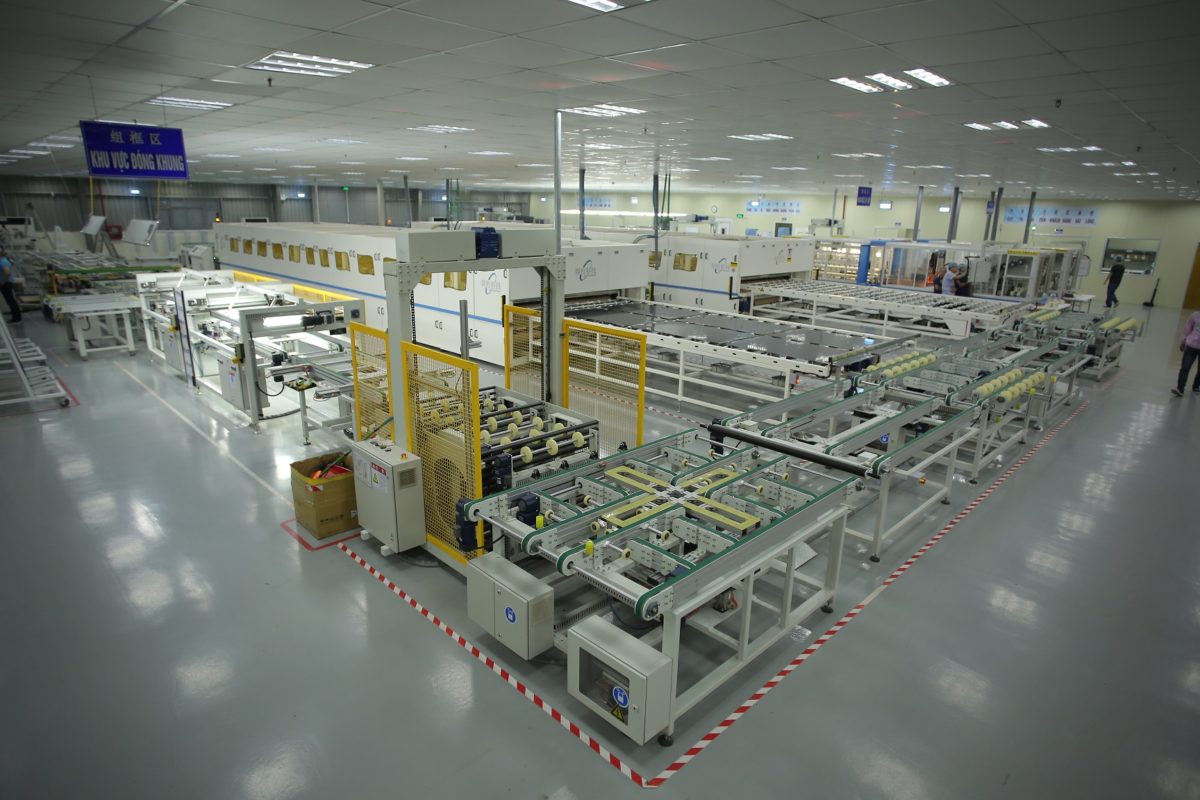 One of the biggest names of Vietnam’s PV manufacturing scene is to throw its weight behind the US solar market over the next three years, with plans to target utility-scale buyers by embracing bifacial technology.

This month, Dehui Solar told PV Tech of its ambitions to triple its business with the US in the space of three years, using its subsidiary in the country to take shipments from 1 GW in 2020 to 2GW in 2021 and 3GW in 2022.

The manufacturer, founded in 2017 and headquartered today in Vietnam’s Bắc Ninh province, has in recent years pivoted from European to US clients. European shipments dropped from 200MW in 2018 – 92MW to Germany, 65MW to the Netherlands, and 51MW to Spain – to 50MW in 2019.

By contrast, US sales have jumped in recent years, reaching an estimated 300MW in 2019. The plan, Dehui told this publication, is to retain the market focus through dedicated service via its US subsidiary – based in Delaware – and a presence at solar trade shows in the country.

Quizzed over its production firepower in 2020, Dehui said its factories in Vietnam should reach this year 1.5GW and 2GW in combined cell and module capacity, respectively.

The firm’s PV-making facilities are all located in the Bắc Ninh Province, a one-hour drive from capital Hanoi and a two-hour drive from the South China Sea port of Hai Phong. All in all, the manufacturer claims to employ 700 people locally.

As it ambitions to ramp up shipments, Dehui is also planning to majorly scale up production. The firm currently runs 250,000 square feet split across five production lines but has set aside a further one million square feet, set to host factories in the future.

Mofe Stallings, Dehui Solar’s USA General Manager, underlined the central role the firm assigns to bifacial as it looks to expand its focus of past years – residential and commercial distribution – to also encompass utility-scale projects in the US.

“Now we transition to also serve the utility solar sector in the US, including reserving at least 45% of our module capacity for bifacial projects,” Stallings told PV Tech. “We are confident that Dehui Solar will be of service to a good share of the US market in 2020 and beyond.”

The firm’s remit will also broaden from pureplay PV making, the general manager added. “[We] will also enter into the project development and battery energy storage solutions segments, with the aim of forming a dependable renewable energy company with vertical solutions,” he said.

The focus on bifacial sees Dehui add its name to the growing list of Asian makers shifting to two-sided panels, for now exempt from US import tariffs. Moves to launch a downstream business – as Dehui plans to do – are also commonplace, with various Taiwanese players going down this route.

29 November 2022
PV ModuleTech EMEA in Madrid on 29-30 November 2022 will address the factors underpinning the changing PV module landscape, gathering together all the key stakeholders across the value-chain from module production to field testing. Join us for presentations from the leading players in the sector, clearly identifying the opportunities and challenges set to impact module supply to Europe and the Middle-East over the next few years.
bifacial modules, bifacial pv, bifacial solar, dehui, dehui solar, module manufacturing, north america, pv module, pv modules, section 201, us, usa, vietnam