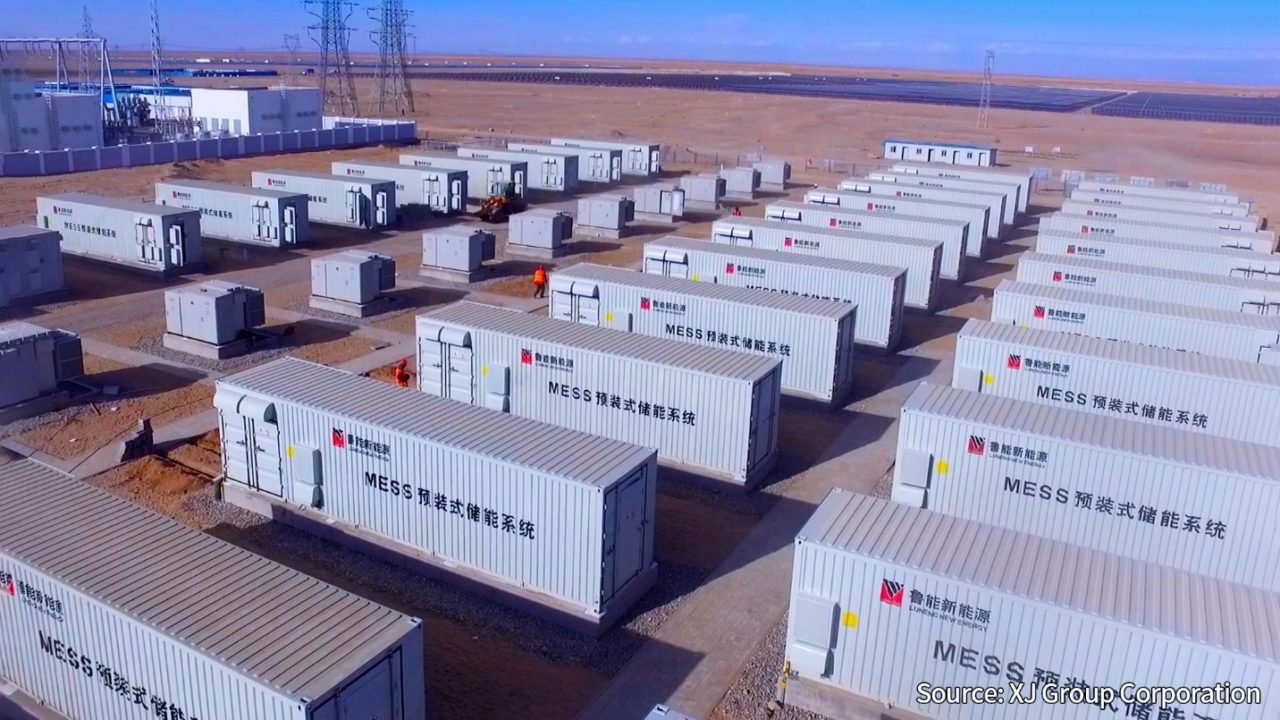 A 100MWh battery energy storage system has been integrated with 400MW of wind energy, 200MW of PV and 50MW of concentrated PV (CPV) in a huge demonstration project in China.

It is able to add power to the grid equivalent to that produced by burning 401,500 tonnes of coal annually (126,250MW), coordinating and integrating the three different types of renewable energy that feed into it.

This includes a project in JinJiang, Fujian Province, being built in phases of 100MWh, then 500MWh to finish with 1000MWh total capacity. As one of the fastest growing makers of lithium batteries, CATL recently announced its first European manufacturing facility and its first service and sales centres in North America.

Luneng Haixi Multi-mixed Energy Demonstration Project sits in an active seismic zone in Golmud, Qinghai Province, where temperatures vary from -33.6°c to 35.5°c. This meant that the harsh climate and possibility of earthquakes had to be mitigated in the plant’s design and construction. CATL said it deployed an air-cooling system that is controlled by the battery management system.

Conversely, the battery management system will ‘pre-store’ electrons for use when starting the system or parts of it up on cold days. The system was also designed, built and then tested to withstand vibrations and shocks up to magnitude 8.

CATL the battery system has a planned lifespan of 15 years. The company said there had been a strong emphasis on safety, particularly from fires or explosions resulting from equipment failures. As well as accounting for and mitigating risks in design and construction, the battery control and management system provides protection from damage caused by factors such as overcharge or over-discharging or use in far-from-ideal temperatures. CATL claimed the system was tested and commissioned in just 17 days.