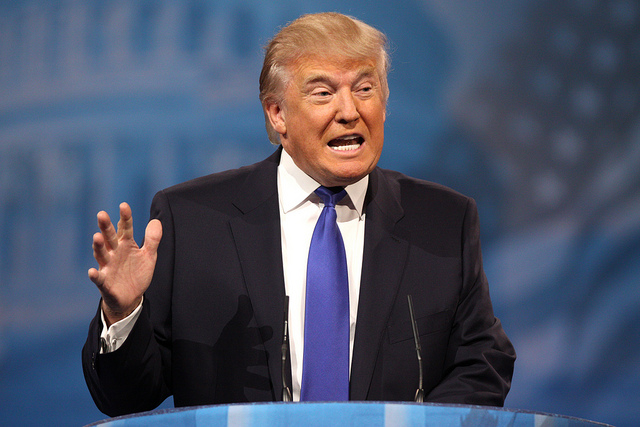 The Governors’ Wind and Solar Energy Coalition (GWSEC), a 20-member bipartisan group, has written a letter to president Trump, urging him to support renewable energy as it is critical to economic growth.

The letter comes in the wake of the fossil fuel-championing president pledging to cut federal spending on climate-related initiatives, and there being reportedly less incentives for renewables under the new administration.

Against that backdrop, governors from both ends of the political spectrum are seeking federal engagement with one of the nation’s biggest industries; saying that “the growth of the renewable energy industry is an American success story built on federal research and development and policy leadership.” Most recently, industry experts have feared the fate of the National Renewable Energy Laboratory (NREL) – which is the only federal laboratory dedicated to research and development in renewables and energy efficiency – could be up for elimination, given Trump’s stance on such funding.

The signatories of the letter are from states with successful clean energy industries including California, New York, Massachusetts, Colorado and Hawaii, who argue that renewables are key to transforming low-income margins of society, key to recognising the growing demand for energy, and key to realising a low-cost alternative to conventional energy sources.

“The boons of renewable energy can be virtually endless with your Administration’s and Congress’ support of the key initiatives detailed here,” the letter reads. “Your support of these initiatives will allow our nation to capitalise on renewable resources, meet the needs of Americans and bolster the economy.”

The sentiment in the letter echoes many of the mainstream findings that have surfaced of late; indicating that Trump’s energy policy segregates him from the majority of business owners in America, as well as his own party. A recent poll by the Pew Research Centre found that 84% of Trump supporters say they favour more solar farms and 77% support more wind farms. Furthermore, last month, more than 600 businesses and investors also wrote a letter to Trump urging him not to withdraw from the Paris agreement, arguing climate action was good for business. Moreover, former president Barack Obama argued the economic benefits of climate action and clean energy in a journal article towards the end of his final term.

Regardless, Trump’s America First Energy Plan lacks any substantial mention of renewable energy resources; focusing instead on the expedition of oil, coal and gas. In the past Trump has referred to solar as “expensive” and wind farms as “disgusting looking” and “bad for people’s health.”

Whether or not the letter to Trump and his vice president Mike Pence will fall on deaf ears is yet to be seen. However, the evidence for the arguments in the letter can be plainly seen; the latest figures in The National Solar Job Census found that solar outpaced the overall US economy by 17 times as it increased by more than 51,000 jobs for a total of 260,077 solar workers.

6 June 2023
Join us in Napa to unlock the key to reliable PV module supply to the U.S. market in 2023 & 2024. We'll also be gathering the main players in the US solar market for some wine tasting!
governors&apos; wind and solar energy coalition, gwsec, policy, renewables, trump, us, usa, wind and solar