FERC: US to see nearly 50GW of green energy additions in three years 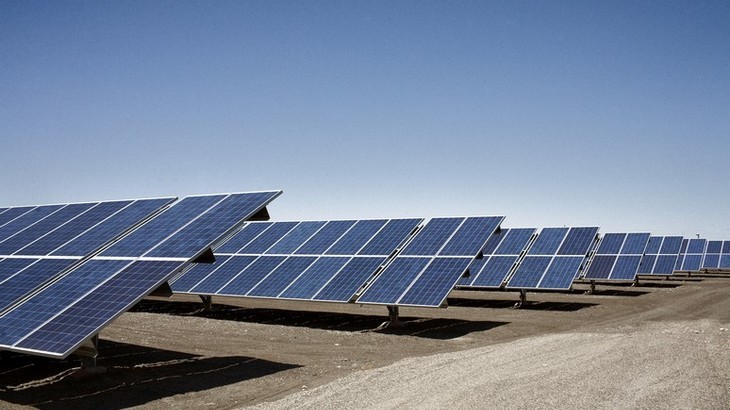 Renewables will soon cover one-quarter of total electricity capacity in the US as an influx of nearly 50GW comes online within three years, according to recent analysis of government data by Sun Day Campaign.

The Virginia-based campaigner group pointed at figures published by federal energy watchdog FERC last Thursday, showing that the lion's share of net capacity additions in the US by the end of 2022 will be wind (26.4GW), solar (19.973GW) and natural gas (21.09GW)

The statistics show that net installed capacity for coal, nuclear and oil will shrivel over the next three years, with respective drops of 18,857MW, 3,391MW and 3,085MW forecast. As of 31 December 2019, only one new oil generator was being developed in the US and there were no coal plants under construction.

On the other hand, 690 utility-scale (rated 1MW or greater) of solar projects totalling 19,973MW were under construction at the close of 2019. No solar facilities are expected to retire in the next three years.

Ken Bossong, executive director of Sun Day Campaign, said the statistics – which show that clean energy additions will reach 48,254MW in three years – offer “a glimmer of hope” in the fight to prevent climate change.

“Renewables' continued expansion in the near future – as forecast by FERC – suggests that with supportive governmental policies, these technologies could provide an even greater share of total US electrical generation,” he said in a press release on Friday.

Renewables poised for growth after topping coal in 2019 rankings

According to the FERC update, renewables (including hydropower) accounted for more than 22% of the nation's total available generating capacity in 2019, eclipsing coal at 20.98%. Solar accounted for 3.49%, whereas wind and solar combined accounted for 12%.

Within three years, renewables' share of installed generating capacity will progress to more than a quarter of the US' available capacity. Coal will drop to 18.63%, and nuclear and oil will drop to 8.29% and 2.95% respectively.

In a 25-strong list of “electrical generation highlights” picked by the federal energy regulatory report, more than half were solar. The catalogue included Enel Green Power's 252MW Roadrunner project in Texas, the 102.5MW SR Arlington II plant being built by Silicon Ranch – and set to power a Facebook data centre in Georgia – and RWE's 100MW West of Pecos solar project in Texas.

In its analysis, the Sun Day Campaign highlights the importance of not equating capacity with generation, given that “capacity factors for nuclear and oil tend to be higher than those for renewables”. Energy Information Administration statistics show that while renewables had a 22.1% installed generating capacity share in 2019, they accounted for only 18.2% of electrical generation.

The Sun Day Campaign is a non-profit research and educational organisation founded in 1992 to support “the aggressive development of renewable energy and energy efficiency technologies” according to its website.

6 June 2023
Join us in Napa to unlock the key to reliable PV module supply to the U.S. market in 2023 & 2024. We'll also be gathering the main players in the US solar market for some wine tasting!
analysis, federal energy regulatory commission, ssfausa, ssfusa, sun day campaign, us, usa, utility-scale pv