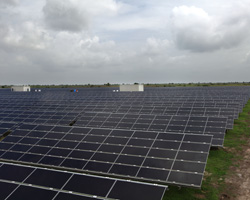 India-based project developer ACME Solar Holdings has won the highest capacity of projects in yesterday’s solar auction in Uttarakhand with four projects totalling 50MW combined out of the 171MW awarded.

PV Tech reported yesterday that the range of tariffs in this latest auction were seen as a departure from the “mad rush” for bidding in the previous three auctions in Madhya Pradesh, Telangana and Punjab, where winning tariffs approached INR5/kWh.

Yesterday the two consultants commented: “Although, the questions of viability still remain, there is definitely a sign of caution here, and the tariff is somewhat representative of land and connectivity costs in Uttarakhand as compared to other bids.”