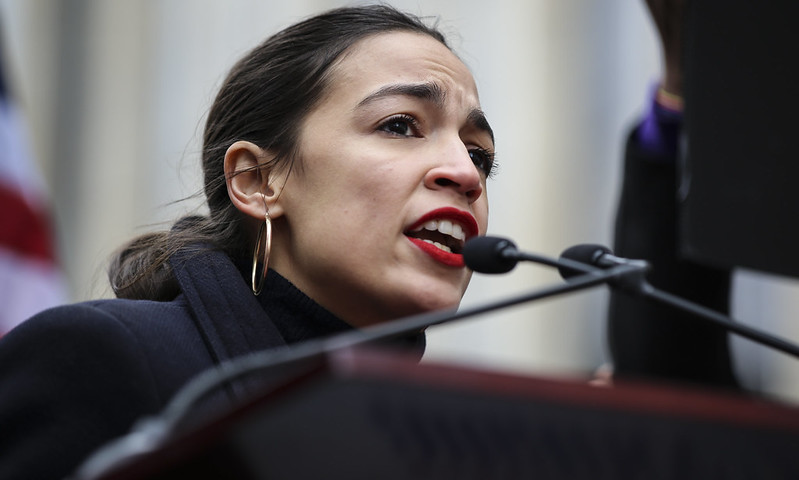 “Many have told me they think the pro-justice & worker provisions in the Green New Deal are ‘unnecessary,” Ocasio-Cortez, the sponsor of the Green New Deal resolution in the House, wrote on Twitter on Friday. “Yet this example is why a just transition is vital. Without it, oil barons turn into energy barons, & workers are hurt all the same. Bright Power must be held accountable.”

According to a report in Vice, Bright Power’s installation crew voted to join the International Brotherhood of Electrical Workers (IBEW) union in April. They claimed that their firing was a result of unionising.

The Democratic Congresswoman for New York's 14th District, which includes parts of Bronx and Queens, also updated her website to include an online petition that demands that the solar installer rehire every union worker, and recognise their contract.

Last week, while in the middle of negotiations with the freshly-unionised workers' contracts, Bright Power fired its entire in-house construction crew and announced that those workers would be replaced with subcontractors.

Jeffrey Perlman, Bright Power CEO, said in a company email accessed by Vice: “We have come to the conclusion that our resources have been spread too thin with so many different kinds of work all being done in-house. It makes business sense to return to a fully subcontracted solar installation model.”

The altercation between Bright Power and its employees comes a month after a federal administrative judge found that Elon Musk’s outfit Tesla violated labour law on 12 different occasions when it tried to stop its workers from unionising.

One of those instances was a tweet by Musk that implied employees would lose their stock options if they voted in favour of a union.

The missive in question read: “Nothing stopping Tesla team at our car plant from voting union. Could do so tmrw if they wanted. But why pay union dues & give up stock options for nothing? Our safety record is 2X better than when plant was UAW & everybody already gets healthcare.”

Workers’ rights are central to the Green New Deal, a framework that argues that the climate crisis and economic inequality can be addressed simultaneously. The resolution calls for a federal jobs guarantee, workforce retraining, the strengthening of collective bargaining rights, and retirement security.