Amazon to deploy 170MW-plus of new PV via ventures in Spain, US and Australia 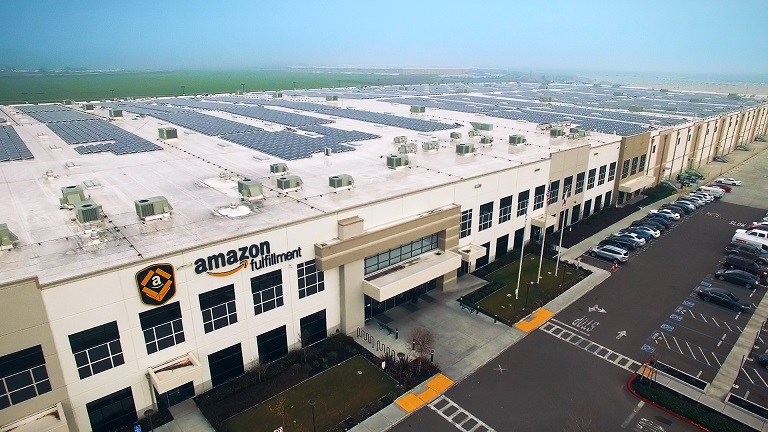 Amazon has set its sights on markets across the world’s four corners for its new solar projects, a 170MW-plus trio it is aiming to complete over the next few years.

On Thursday, the e-commerce giant unveiled plans to deploy a 50MW new solar farm in the Spanish region of Aragón, to the northeast of capital Madrid, by 2021.

The solar installation in the Zaragoza province is the second Amazon is to sponsor in Spain, following its announcement last December of a 149MW utility-scale project to the south in Seville.

Also this week, the American multinational revealed it is to develop its first renewable facility in Australia, a 60MW installation towards the north of the state of New South Wales.

The group’s Australian green energy debut is meant to go live in 2021, after which point it should generate 142GWh of solar electricity every year.

Amazon’s new Spanish and Australian projects will be joined by a third solar venture in its home country the US, a 65MW, 150GWh-a-year installation in Virginia’s Halifax County.

According to the firm, the scheme brings its renewable project count up to 11 in Virginia. In the west of the state, an 82MW PV venture was announced in January that will power Amazon’s second global headquarters, planned just across Washington DC in Virginia’s Arlington.

Amazon’s new solar trio was announced this week alongside a 122MW onshore wind project the firm wants to deploy in the Västernorrland county, northern Sweden.

The group’s renewable buildout campaign has so far seen it announce 26 utility-scale PV and wind projects, a 2.2GW pipeline set to generate power of 6.2TWh once operational.

Direct developments aside, Amazon has also become one of the world’s top solar PPA offtakers, with last year’s purchases of 900MW only surpassed by Google (2.7GW) and Facebook (1.1GW).

The firm’s signed PPA volume enjoyed a boost also this week, when news emerged of a deal it has inked to purchase power from an Australian solar project by Canadian Solar.

In a statement, Canadian Solar said Amazon will be the off-taker for the 146MWp/110MWac Gunnedah bifacial solar farm, although it did not shed light on PPA terms and duration.

The deal for the project in New South Wales is Canadian Solar’s first PPA in the Australian state and represents, the firm say, a “strategic entry” into the country’s segment for large C&I customers.

29 November 2022
PV ModuleTech EMEA in Madrid on 29-30 November 2022 will address the factors underpinning the changing PV module landscape, gathering together all the key stakeholders across the value-chain from module production to field testing. Join us for presentations from the leading players in the sector, clearly identifying the opportunities and challenges set to impact module supply to Europe and the Middle-East over the next few years.
amazon, australia, canadian solar, corporate ppa, europe, net-zero, new south wales, solar ppa, spain, us, usa