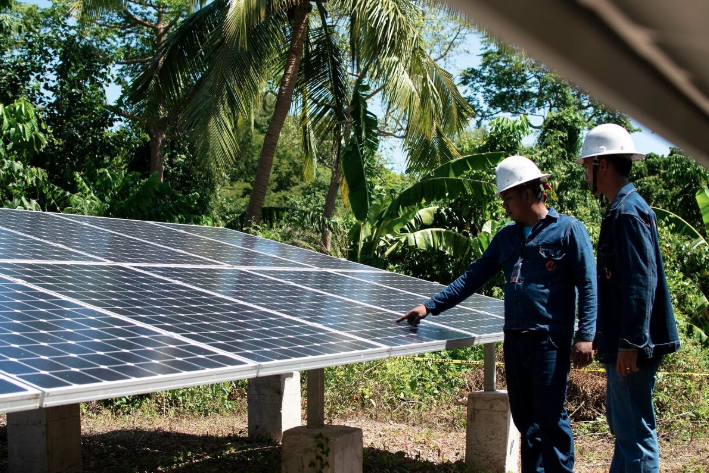 Solar and wind power represent a US$1 trillion investment opportunity in Asia Pacific this decade, equivalent to two-thirds of the region’s total power generation sector, as countries move away from fossil fuel generation in favour of greener alternatives.

That is according to a new Wood Mackenzie report, which reveals the share of wind and solar in the Asia Pacific power generation mix will more than double to 17% by 2030, with more than 51 markets out of 81 modelled exceeding 10% renewable energy.

Gas and dispatchable power will still continue to play a “key role” in providing flexibility to power systems in the region, with fossil fuels making up a US$500 billion investment opportunity in the next ten years.

Wood Mackenzie senior analyst Rishab Shrestha said coal investment will fall from its peak of US$57 billion in 2013 to US$18 billion by the end of the decade.

“Traditionally, energy security and availability of low-cost coal are key drivers of coal investment in Asia,” he said. “However, investment sentiment towards coal is waning as economies strive for a more sustainable and greener future.”

While sluggish demand as a result of coronavirus may result in a slight slowdown in capacity additions in the next five years, Asia Pacific is expected to add more than 170GW of new power capacity annually in the next decade, with the pace of additions predicted to accelerate beyond 2030.

Meanwhile, energy storage capacity is forecast to more than double during the transition decade to 9% of peak load, with pumped hydro storage dominating, as battery storage rapidly develops.

Despite green energy gains, the report flagged increasing headwinds and risks for renewables investments as grid constraints rise and subsidies are cut.

“The Asia Pacific region has entered a transition decade where wind and solar investment is expected to decline by 20% by 2025 from its peak in 2017. Generous government subsidies during the high-cost renewable era were key drivers of the previous growth period,” Alex Whitworth, Wood Mackenzie research director, said.

The report points to Australia, which has seen its share of variable renewable energy in generation reach 21% this year – the highest in Asia Pacific. However, the country is facing a drop of 67% in renewables investments over the next five years as it is hit by curtailment, transmission constraints and sustained low capture prices. These challenges are already being felt, as large-scale solar and wind projects committed in the country in Q2 2020 plunged to their lowest level since 2017.

“In particular, we expect renewables to be competitive with new coal plants by 2030, setting the stage for a new era of subsidy-free growth,” Whitworth said.