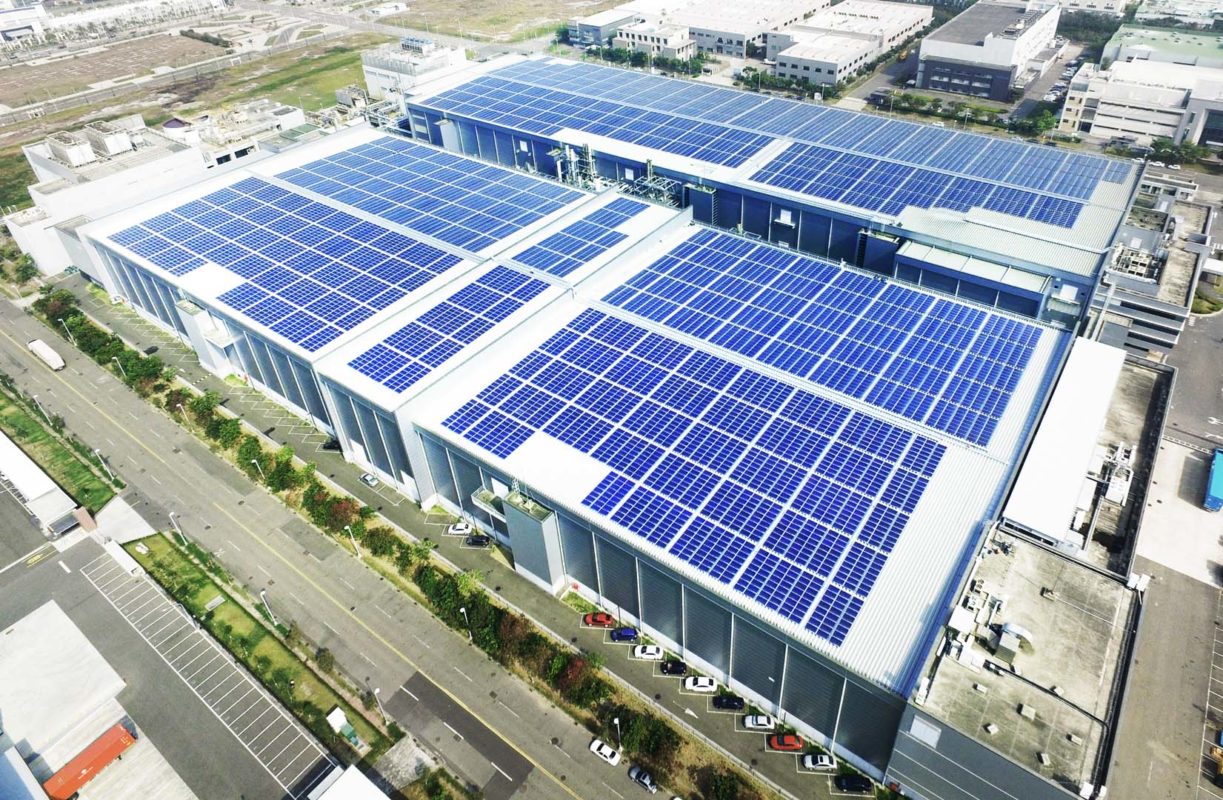 Vertically-integrated solar PV manufacturer Au Optronics (AUO) has completed a 3.87MW rooftop solar plant in Taiwan, the largest on a high-tech fab in the southwest city of Tainan.

The project uses a special mounting rack and is designed to withstand strong winds and avoid water leaks from the rooftop, which is critical given the island’s susceptibility to heavy typhoons.

The project at Tainan Technology Industrial Park includes 14,880 modules with a working area of 3.5 hectares, although the actual system covers a much smaller area. Daily generation will be 14GWh, enough for 1,410 households.

Over the past few years, AUO has accelerated the deployment of its solar project business. The company not only built solar power plants on the rooftops of its own fabs, but also assisted its group companies and customers in developing green energy. It has worked on Taiwan’s government owned buildings, communities and factories. As of now, there are a total of 179 projects completed in Taiwan, with a total capacity of 66MW.

14 September 2022
Join us in London for 2 days as we look at the UK’s new landscape for utility & rooftop solar. Understand the new opportunities within this GW-plus annual market!
auo, rooftop, storm-resistant, tainan, taiwan

June 9, 2022
Around 1 million households in New South Wales (NSW) will soon be eligible to receive a free rooftop solar system as the Australian state also begins a registration of interest process for its latest renewable energy zone (REZ).