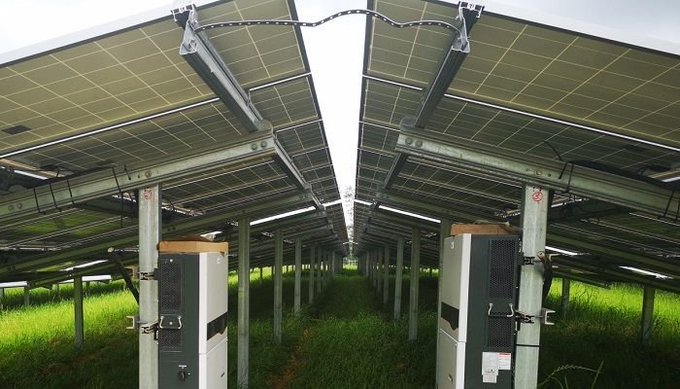 Axpo has become the offtaker of one of Germany’s supposedly first zero-subsidy projects, with a new power purchase agreement (PPA) covering the plant’s first few years of life.

A German subsidiary of the energy trader will be buying power off a 1.5MW installation in Bavaria, the joint work of investor SEAC and developer and EPC specialist MaxSolar.

Built towards the south of the German state, the 1.57GWh-a-year plant will sell electricity to Axpo over the next five years, in return for an undisclosed fixed price.

Contacted by PV Tech today, Axpo did not comment on the PPA’s pricing arrangements but explained the 1.5MW plant was completed in early July, and connected since to the grid.

The installation’s promoters are billing it as one of the first subsidy-free projects in Germany, a country slower in its solar PPA uptake than Spain, Portugal and others in Europe.

Axpo's PPA foray – its first-ever in Germany – comes just two months after the energy trader snapped up France's Urbasolar, acquiring a 1.3GW-plus solar portfolio and pipeline in the process.

In a statement, MaxSolar said the Bavarian project was kept “deliberately small” to better learn from the PPA experience.

“The concept of PPAs has been successfully used internationally for decades. In Germany, this topic has been a niche existence to date,” the firm added.

In Germany, the project is the latest to lay claim to the zero-subsidy frontrunner title. Other announcements so far this year include EnBW’s 175MW project and BayWa r.e.’s 8.8MW scheme.

The exploration of the PPA avenue comes as the solar industry braces for a potential cut-off of its key support driver to date, that of Germany’s renewable subsidies.

Having jumped from 10GW (2009) to nearly 46GW (2018) in a decade, Europe’s top PV market is legally required to halt subsidies when the 52GW capacity threshold is reached.

Consultants including Aurora Energy Research have urged the country to embrace PPAs more decisively in its post-subsidy era, unlocking a €2 billion (US$2.25 billion) market in the process.

April 21, 2021
Seraphim Solar has become the latest mainstream module manufacturer to take aim at the Central Europe solar market, signing distribution agreements with a distributor and installer in the region.