Beyond COVID: US solar gets cheaper, UK climate watchdog hails ‘once in a lifetime’ opportunity 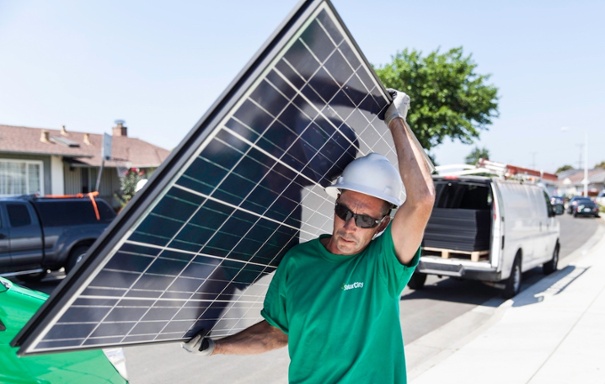 PV Tech continues to chart the global solar industry’s response to the COVID-19 pandemic, this edition featuring news that the pandemic is driving down PV system costs.

Prior to this series, our PV Tech COVID-19 tracker instalments documented the pandemic's direct impacts from January to May. See here for our full archive.

Confidence continued to grow in Poland that it could emerge from the novel coronavirus pandemic as a leading market for PV in Eastern Europe, after it emerged that around 450MW of solar had been installed between the start of the year and May.

Those figures, published by Poland’s Institute of Renewable Energy, compounded another report from the national trade body Poland PV that claimed a total of 43,000 micro-installations had been connected to Poland’s grid in Q1 2020, defying the early spread of the virus.

Based on a survey of members, PV Poland said companies had on average recorded a 400% increase in sales in March 2020 compared to March the previous year, while the 200% in employment observed in January 2020 compared to same month in 2019 had not apparently been impacted by the coronavirus, rising a further 3% by April 2020.

Both reports are testament to a growing feeling within European feeling that Poland is set for prolific development activity, kickstarted by a multi-gigawatt tender towards the end of last year. A number of developers set up shop in the eastern European nation as a result, with build-out now starting in earnest.

Solar system costs falling faster than expected in the US

Solar system costs in the US have tumbled quicker than expected, driven in part by a continued contraction in the price of modules, new analysis by Wood Mackenzie claimed on Wednesday.

Residential systems featuring mono PERC cells are now expected to be some 17% cheaper by 2025 than they are today. That accounts for an upwards revision from the 14% cost reduction estimated WoodMac made before the pandemic, indicating that it is contributing towards a favourable shift in system price.

Likewise, commercial and utility-scale system costs using mono PERC modules are expected to be some 16% and 20% cheaper respectively over the same time frame, a revision from 13% and 16% cost revision estimates pre-pandemic.

The full analysis can be read here. The news will serve as good reading for a US solar sector still reeling from the shock of the ongoing pandemic, with component manufacturers serving the US market having already warned against an expected steep decline in demand for Q2 2020.

Renewables and other low carbon technologies can play a leading role in the UK’s post-pandemic recovery whilst stripping back carbon emissions, the country’s climate watchdog said on Thursday 25 June.

The Committee on Climate Change (CCC), whose job it is to advise the country’s government on steps to reduce carbon emissions, called for more regular utility-scale solar auctions and a complete overhaul of domestic energy efficiency retrofits to both stimulate the economy and help the country’s progress towards its net zero goal.

The CCC made the calls during a sweeping progress report published last week, the full details of which can be read here, describing the opportunity to reboot the UK economy for the greener as “once in a lifetime”.

As it stands, auctions for utility-scale renewables are held every two years, with the auction process itself primarily designed for offshore wind projects which have longer lead times. The CCC, on top of trade bodies and other organisations in the UK, want this sped up to take into account clean energy technologies with shorter development spans.

Clean energy jobs lost at ‘alarming rates’ in US Midwest

More than 131,000 clean energy workers in the US Midwest have filed for unemployment since March, new analysis revealed, with Illinois, Michigan and Ohio hardest hit.

Those figures, compiled by E2 and partners, was released on Thursday and followed further analysis that claimed more than 620,000 clean energy workers had lost their jobs since the onset of the COVID-19 pandemic.

A minor upside, that unemployment claims are slowing in pace – just 4,932 new claims were filed in May, will come as little solace, with much of the good progress made in the clean economy in recent years all but diminished by pandemic and its impact on the sector

Full analysis of the figures can be read here.

There was markedly better news for the US solar sector the following day, however, when it was revealed that additions to an infrastructure stimulus bill, first unveiled earlier in the week, included the potential extension of the solar Investment Tax credit out to 2025.

The bill includes a 5-year extension of the solar ITC at a rate of 30% through to 2025, after which it would be stepped down over two years. In 2026 the rate would drop to 26% then to 22% in 2027 and then drop to 10% for commercial and utility-scale solar, but would be removed entirely for residential in 2028. The Solar Energy Industries Association pointed out that the ITC has added US$140 billion in private investment in the US and created business and job opportunities.

The bill is due to be voted on before 4 July and while it obviously has a considerable distance to travel before being passed into law, that an extension of the solar ITC is to be discussed before the House is progress at least.

Further details on this story can be read here.