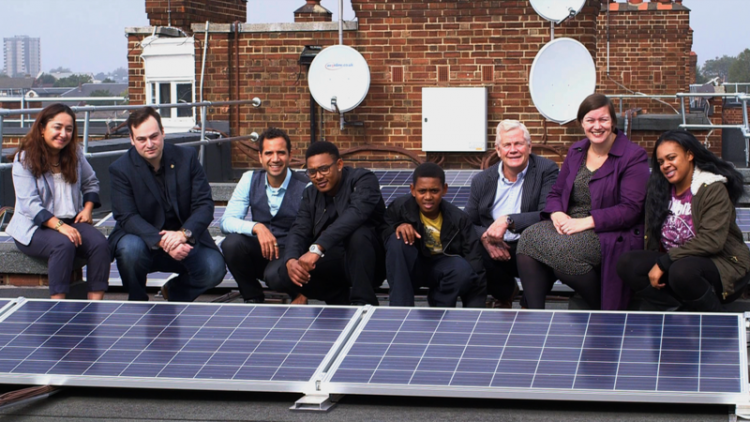 Verv, an energy monitoring and AI company, has laid claim to launching the UK’s first energy trading community at a housing estate in Hackney, East London.

The machine learning specialist has collaborated with community renewables developer Repowering London to conduct a field trial of its blockchain-based peer-to-peer energy trading solution at Banister House, a housing estate which has previously benefitted from community solar installs.

Verv has said the project will see the first physical trading of energy in the UK, the results of which will be used to help further roll out of such schemes across the UK.

The Verv 2.0 platform is to be installed in 40 participating flats throughout the community, allowing them to share renewably-sourced energy between one another.

It will use electricity sourced from Banister House Solar, the UK’s largest community energy scheme established on social housing, which was launched in 2015. Solar panels were installed on 17 blocks of flats that make up the estate.

Verv said the addition of its platform alongside communal battery storage systems, to be provided by local manufacturer Powervault, would allow energy produced by the solar systems to be stored, shared and traded between flats to reduce wastage.

The project is being supported through a £100,000 (US$132,358.5) grant from the government in support of national industry regulator Ofgem which is currently researching the potential for blockchain and peer-to-peer trading platforms within its so-called 'regulatory sandbox'.

It will start early next year and last for a period of 12 months.

Peter Davies, founder of Verv owner Green Running, said it was his intention to “tackle the energy sector at its very core”.

“We are on a mission to give the consumer control of their energy and the Banister House project is a fantastic opportunity to bring to life just how much this P2P infrastructure can benefit areas such as social housing.

As a company our goal is to eradicate fuel poverty and by partnering with Repowering to put Verv 2.0 into Banister House to enable the sharing of clean energy at affordable prices, we are moving one step closer towards making that happen. The fact that we will be physically trading energy for the first time is a very exciting prospect,” he said.

Internationally, there are various trials underway to assess the potential of energy trading within P2P networks. On a commercial basis, German energy storage provider Sonnen has already launched SonnenCommunity, an energy sharing and trading platform and has separately worked with grid operator TenneT to trial Blockchain-enabled balancing of renewable energy resources across long distances, for instance trading surplus wind generated power in northern Germany for solar generated in the south.