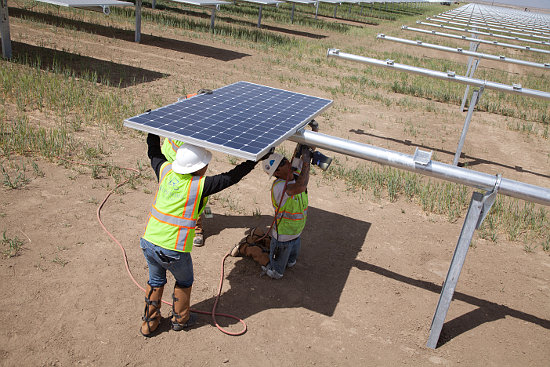 According to Bloomberg New Energy Finance (BNEF) US residential solar installations are expected to increase by 21% in 2016, yet growth in 2017 is expected to be a tepid 0.3%.

Recent figures from GTM/SEIA highlighted US expectations of over 10GW of total PV installations from residential, commercial and utility-scale segments in the second-half of 2016 to meet a total annual forecast of 13.9GW.

However, residential installs have been relatively flat since the fourth quarter of 2015.
Residential PV installations grew 1% over the first quarter of the year, according to GTM/SEIA.

To achieve BNEF’s 2.76GW residential figures, quarterly installation run rates of around 690MW are needed, while GTM/SEIA figures suggest no more than around 650MW per quarter has been achieved.

During SPI 2016, PV Tech highlighted the challenges facing the US market after 2016 looks like being a benchmark year for total PV installs.

With the residential market expected to flat line next year, all eyes are on the US utility-scale market and how much of a decline will there be from an expected total of 13.9GW in 2016.